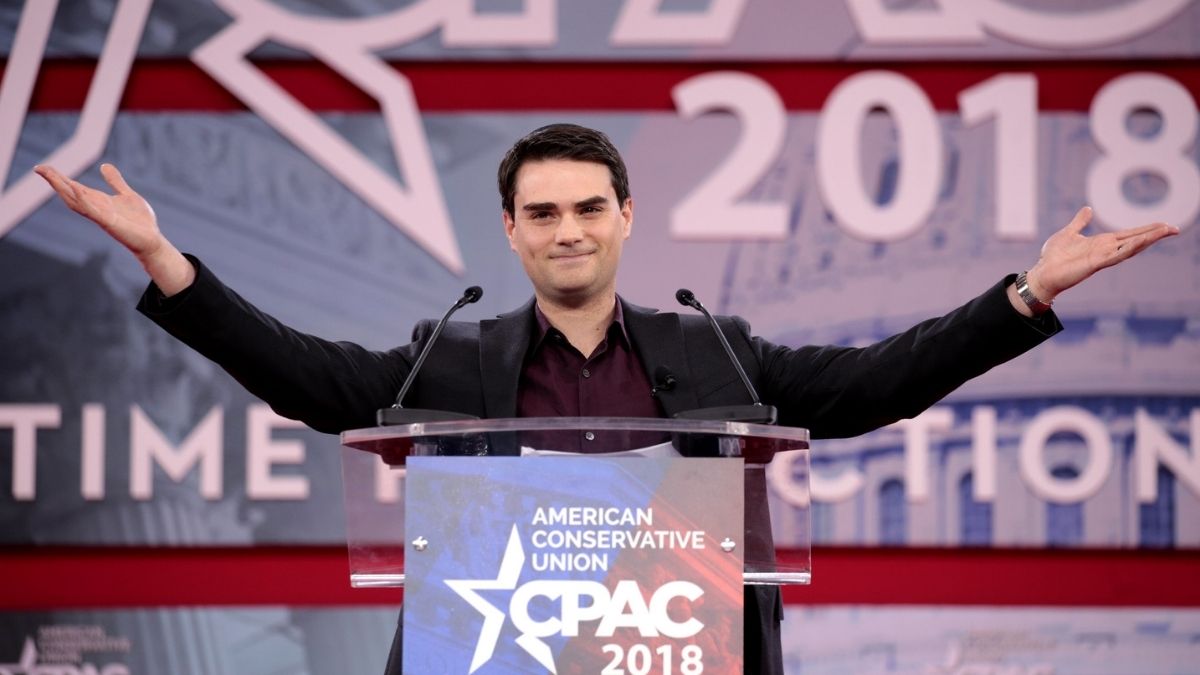 Ben Shapiro is a well-known US political commentator and public orator.

Born on January 15, 1984, he’s known for his communication skills and verbal IQ.

Whenever we think about Ben Shapiro we get the visual of an intelligent person with high memory ability.

It is often assumed that Ben has an IQ of 140 despite he has never taken an IQ test.

Considering the fact that he skipped two grades and got accepted to Harvard I would argue differently.

You must be a genius to skip one grade, let alone two grades!

I’ve taken the official Mensa IQ test and scored 136 and I didn’t skip the grade.

Actually, I don’t know anyone that did. Do you?

He went to a Highly Gifted Magnet School for highly gifted students. You need an IQ 140+ to get accepted.

So, considering his verbal skills, memory, reactions, logic, and the facts mentioned above my guess is that his intelligence is above 160.

However, a high IQ doesn’t always mean you’re smart. It only means that you think faster, not smarter.

Is Ben Shapiro a Genius?

Ben Shapiro is an extremely talented speaker, especially when he is involved in a discussion.

His ability to defend his thoughts and ideas in a debate would make it difficult for even a very smart person to react effectively.

There are plenty of suppositions about Ben Shapiro and his IQ level. He never released the IQ reports publicly and there are no such official scores that can predict his intelligence.

There is a list of things that make him distinctive as he speaks so quickly. When it comes to his consistent strengths, his speaking speed makes him unique.

Another thing is that he can keep in mind a great deal of information. Having an outstanding memory is impressive.

His rich and advanced vocabulary makes him unprecedented. He has a very focused mind. If someone has noticed, speaking of something, it seems that he does not think of anything else.

Ben Shapiro is the author of 7 books. His first book was Brainwashed: How Universities Indoctrinate America’s Youth (2004). He wrote the book when he was 17 years old.

At the same age, he became the youngest nationally syndicated columnist. He is a columnist at Creators Syndicate. Shapiro is editor-in-chief at The Daily Wire as well. He is also the co-founder of the media watchdog group Truth Revolt.

One of his greatest talents is his wonderful verbal thoughts and expressions. His ability to transform thoughtful ideas into captivating words is truly admirable. A high IQ is no indication of real intelligence.

There are many people with high IQs who are not as smart and do not do well in life. But when it comes to Ben Shapiro, things are slightly different. His IQ remains unknown, but it is evident that he has an advanced intellectual ability that has allowed him to succeed.

Unique thoughts and strong verbal expressions do not require a high IQ.

IQ tests can predict how people will achieve success in specific situations including the lead of team members.

There’s more to it than that, though. Amazing achievement depends on a lot of things such as ambition, perseverance, opportunity, the capacity to think clearly and definitively chance.

A study says that people who are interested in politics have high IQs.

It is possible that his interest in politics and real logical arguments based on his intelligence paved the way for a successful career.

Although having a high QI and graduating from the most prestigious universities in the world is not everyone’s cup of tea.

He must have a spark that must be ignited to open up avenues for a successful career.

Besides, it is noteworthy that there are many types of intelligence and IQ measures just a very specific range of intelligence, and having a high IQ doesn’t necessarily make them smart and superior.