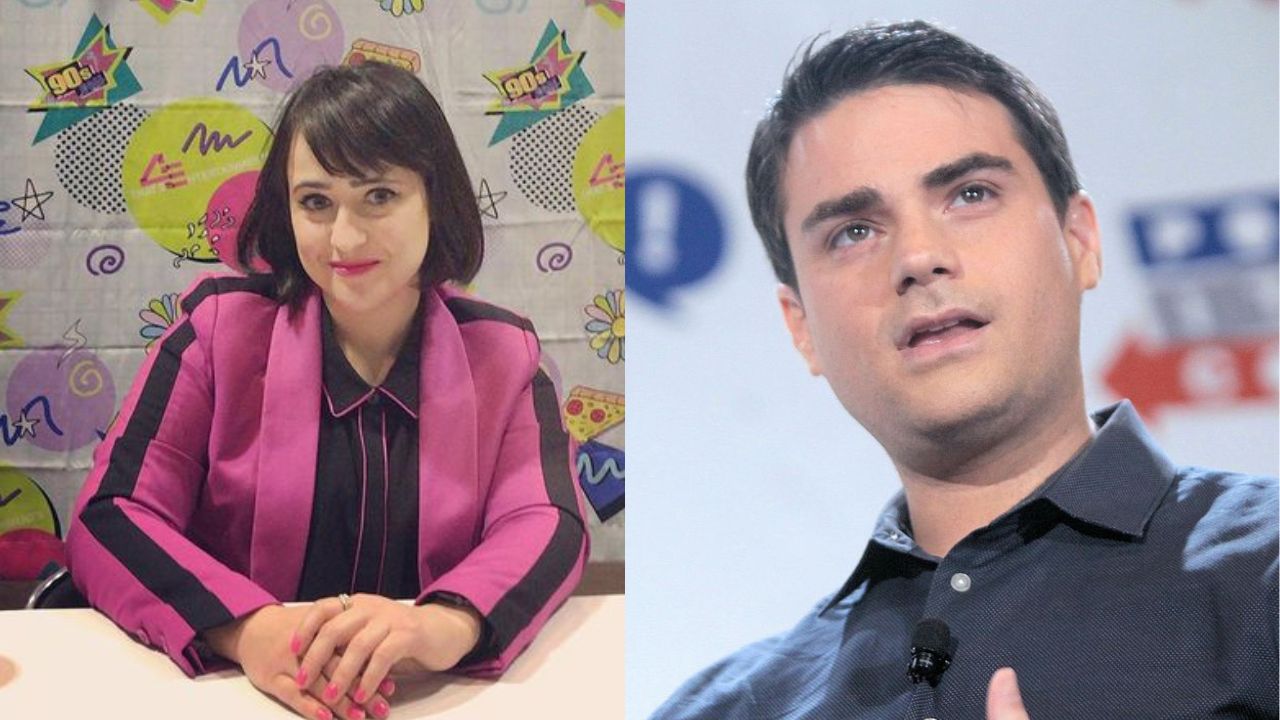 Many people know Mara Wilson as a former child star who acted in movies like Mrs. Doubtfire, the 1994 Miracle on 34th Street, and Matilda.

He is a host, columnist, and political commentator.

One thing many people do not know is that the two of them are related.

Despite having family ties, the two famous figures do not get along.

Let us look at how they are cousins and why they do not get along.

Ben Shapiro and Mara Wilson are first cousins, and their grandfather was a famous visual artist known as Nat Mayer Shapiro.

The senior Shapiro had two children; Suzie and David Shapiro.

Both of them ventured into arts just like their dad.

David works in the music industry as a composer, and one of his known projects is the score of Charlie Rose Show.

Ben and Mara were brought up differently.

Let us look at their childhood.

The two are not exactly on good terms whenever they meet for family gatherings. Even though families connect in specific ways, the two are different.

To begin, they are both Jewish, yet their opinions regarding the community are different.

During the violent crime in 2019 during a Hanukkah celebration, the host posted on Twitter that every synagogue should have an armed guard and several people qualified to handle firearms.

Unlike her cousin, Wilson clarified that she does not feel more guns were the solution to violent crimes.

During an interview, the actress revealed the Jewish community she was brought up in was politically conservative.

She also stated that in the last few years, she saw herself leaning more to the left, and the more she read about the leftist ideologies of Judaism, the more she felt she was where she belonged.

She emphasized she had a lot of love for everyone regardless of their unique traits and abilities and hoped there would be more dignity and justice in the world.

She summed up her statement by saying, “And I think Nazis should f*ck off. I guess that makes me a leftist Jew.”

As a grownup, the actress focused more on writing.

She is famous for her Twitter posts and is always courageous when airing her political views.

Shapiro is also into politics, but judging from their activities, their views are different.

Since they are both active on social media, things can sometimes be muddy.

The child actress once liked a post by Padma Lakshmi that made fun of her cousin.

She has voiced her opinions on Donald Trump, ICE, and abortion.

These opinions have made some conservative followers consider her highly political.

Even though Shapiro has not voiced his opinion, there is a high chance he agrees.

With informed people on opposite sides of the family, one would wonder how they interact during meetings.

Wilson once revealed that they never spent time together, even during the holidays.

In 2019, she posted on Twitter that growing up was great since one could choose the relatives they preferred to spend more time with and those that should be cut off without regrets.

Many feel that is one thing the two can agree on.

As seen, the columnist and the actress were brought up differently, which may have contributed to their different opinions.

Despite being cousins, their political opinions differ, and they do not speak to one another.

Shapiro is a well-known right-wing who started The Daily Wire.

The actress does not have such a platform, but she makes her opposing opinions known on Twitter.

Shapiro once revealed that Wilson blocked him on Twitter.