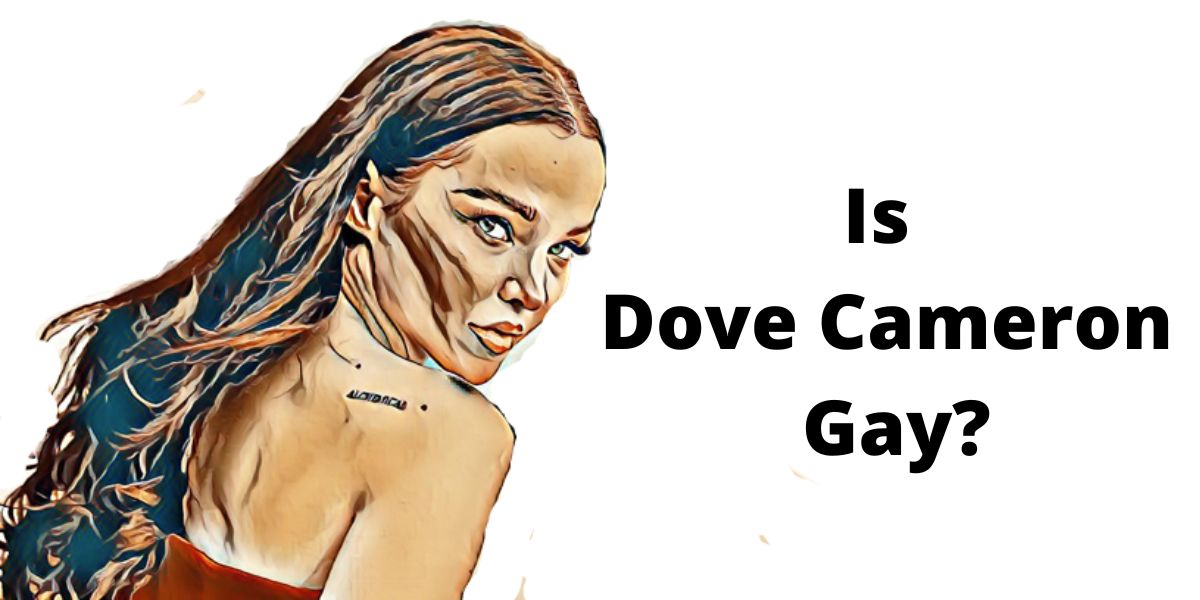 Dove Olivia Cameron is an actress and singer born in 1996.

She acted in double roles in the comedy series Liv and Maddie, earning her a Daytime Emmy Award for Outstanding Performer in Children’s Programming.

She also acted in the series Descendants as Mal.

In 2016, she got a major role in the NBC show Hairspray Live! Her performance in You Can’t Stop the Beat made her nominated for the MTV Movie Award for Best Musical Moment.

In 2019, she made her debut on the London stage with her performance in The Light in the Piazza, where she acted as Ciara Johnson.

As an artist, she released her first album with the soundtrack to Liv and Maddie in 2015.

Later that year, she released If Only, a soundtrack used in Descendants.

In 2019, she released Bloodshot/Waste, and in 2022, the song Boyfriend was released.

This was her first solo song to appear on the Billboard Hot 100 at number 16.

Many people have always questioned the star’s sexuality.

During an interview, the singer honestly talked about her sexuality.

She stated, “I’ve hinted about my sexuality for years while being afraid to spell it out for everybody.”

She pointed out an Instagram Live session dated 2020 where she spoke for the first time about her queerness.

She stated that her decision to open up about her sexuality was due to her lyrics in the song We Belong.

Many criticized the song for ‘queerbaiting’ since it included LGBTQ+ couples.

She confessed, “I went on Instagram Live and said, ‘Guys, I needed to explain something to you.

Maybe I haven’t said it, but I’m super queer.

This is something I want to represent through my music because it’s who I am.'”

Talking about her true identity with the world has been tedious, and she revealed that she feared opening up.

She said, “I feel like the industry has changed a lot about having room for people with platforms to be human and not to be picked apart.

I was nervous about coming out, and one day, I dropped it because I was behaving like somebody who was out, and I realized I wasn’t.”

She Is More Comfortable Being Described as Queer

The actress has used queer and bisexual to describe her identity. Even though she maintains she prefers not to label people, she is leaning toward queer to describe herself accurately.

Her statement reminds everyone that labels can be affirming and validating to others, whereas some feel empowered by the lack of labels.

Dove stated, “With the process of coming out, it was about who I am as a whole rather than who I choose to date or sleep with.

I’m choosing to love myself, be who I am every day, and not edit myself depending on the room I’m in. I’m making no apologies for who I am.”

The singer noted that her supporters were encouraging, and this made her understand that talking about her sexuality openly helped many people to discover their paths.

She said, “I’ve had such an unbelievable relationship with my fans, and we have this very safe space that we’ve created.

It wasn’t a big announcement.

It was never something I dove into.

She Feels Hollywood Overlooked Her Sexuality

Even though she understood that she was different, she states that Hollywood overlooked her sexuality.

She revealed, “When I went into the industry, there was so much performative femininity happening, especially around 2012, especially being blonde on the Disney Channel.

I didn’t stand a f*cking chance.”

She started her profession at the age of 15, and even though she was not compelled to conform, she was not encouraged to adopt a straight-passing identity.

She confessed, “There was much looking for male validation, right?

Trying to please a massive corporation like Disney, I never had a conversation with them about my sexuality.

They never asked me to hide anything… It’s more that people see me and go, ‘Oh, femme, straight, heterosexual, blonde.’

Who is going to look at me and guess otherwise?

Everybody knew Kristen Stewart was gay.

Nobody is going to think I’m gay.