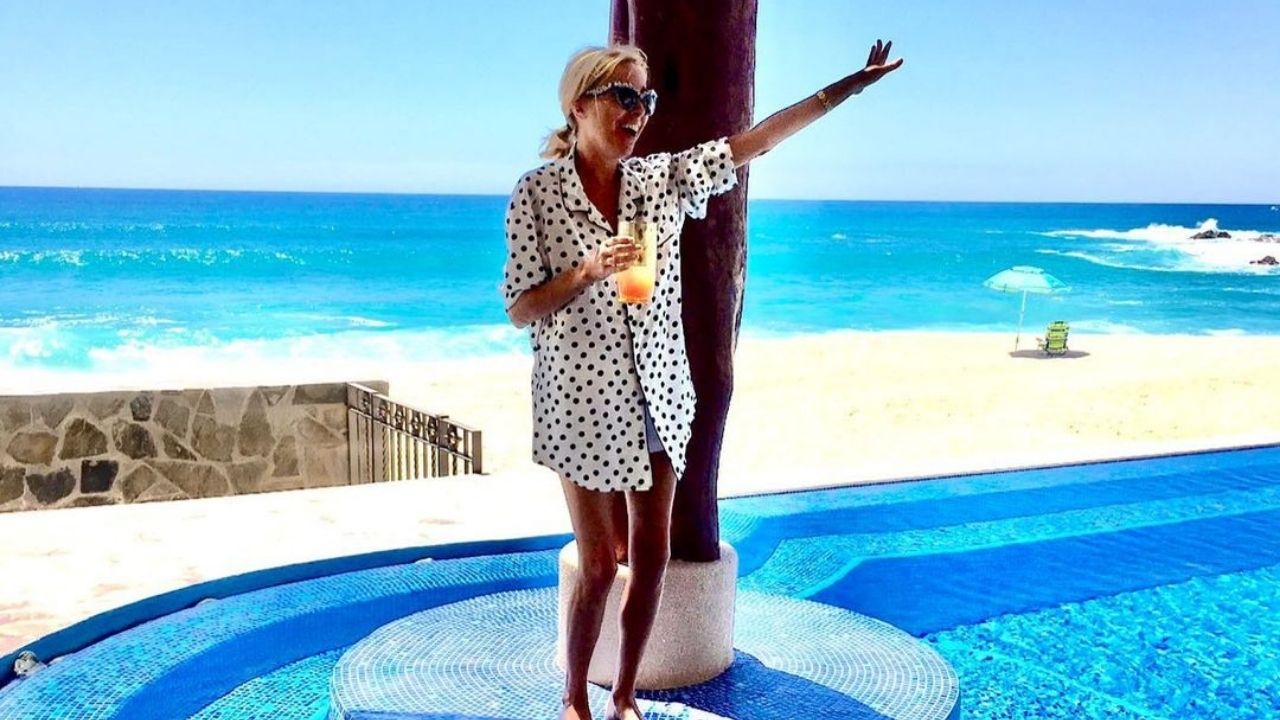 Sutton Stracke, “The Real Housewives of Beverly Hills” star is known for her deep pockets and lavish lifestyle.

However, a legitimate source about how deep her pockets actually are is pretty hard to find.

This reality star found her way to fame when she was inducted into the tenth season of RHOBH and since then, many people have wondered – where is all of her money coming from?

Let’s snoop around and see what we can find out.

Sutton Stracke is an American socialite and television personality from Augusta (Georgia), born on September 20, 1971.

When she was 20 years old, Sutton decided to move to New York to pursue a dancing career. However, it didn’t really go as she planned.

Lucky for her, simply being in New York opened up a lot of doors. She became an associate director of fundraising for the Cunningham Dance Foundation.

How Much Does Cynthia Bailey Make a Year?

Her TV debut came years later when she joined the cast of “The Real Housewives of Beverly Hills” in the tenth season.

She first started as a friend to the ‘housewives,’ but her personality brought her a promotion. Because of all the drama that she started, the producers promoted her to ‘housewife’ status.

The promotion didn’t last long because her husband at the time didn’t allow filming of their children and himself.

Because of that decision, she got demoted back to ‘friend’ again. Still, her inability to keep her opinion to herself and her overall contribution to the show earned her a big auditorium of fans, which is why the producers decided to keep her on the eleventh season as well.

READ: How did Kandi Burrus get Rich?

How Did Sutton Stracke Make Her Money? Net Worth and Real Estate

Sutton was married to Christian Stracke for more than 15 years and after her divorce settlement, she made an enormous amount of money.

Christian is a managing director and a global head for the credit research group at PIMCO. The crazy fact about that company is that it’s valued at more than $2.2 trillion.

While it is still unknown how much money exactly she received after the divorce, her 2022 net worth stands at around $50 million big ones.

Apart from the settlement, Sutton continues her work on the ‘RHOBH’ eleventh season, which is another huge contribution to her earnings. Again, the amount remains a mystery, but there is no doubt that she is very well compensated.

Sutton also owns a private fashion boutique and a private jet. Her boutique focuses on unusual clothing and the socialite often reports how she is ‘bored to death’ by most of the brands since they produce the same things over and over again.

Apart from these business endeavours, Sutton also owns a couple of expensive properties all over the US.

After the sale was complete, she bought herself a new Bel Air mansion for $5.4 million that she still owns.

Sutton also owns a three-bedroom apartment in New York and a smaller estate located in Georgia. However, she often brags that her most prized possessions are within her jewellery collections.