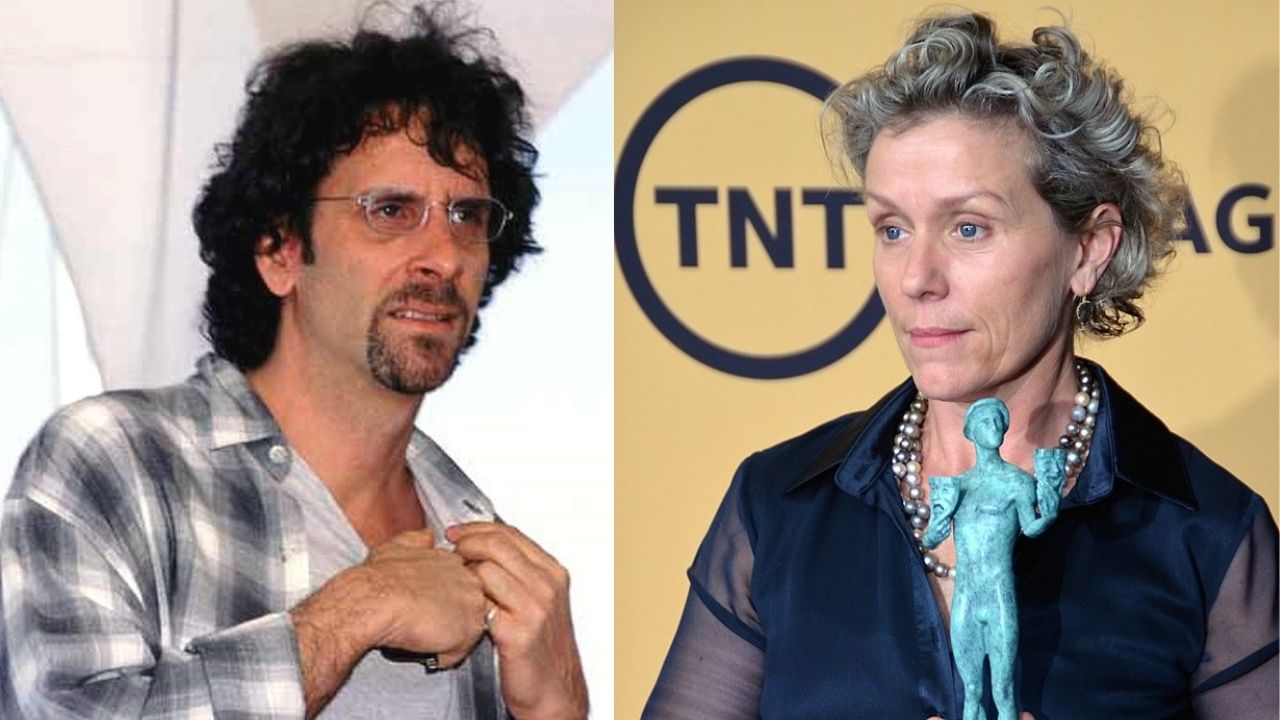 When it comes to Hollywood’s long-lasting couples, there aren’t many that can top Frances McDormand and Joel Coen.

These two have been together for more than three decades and in that time it seems that both their careers have flourished. McDormand has won three Academy Awards for her incredible acting performances and 130 additional accolades. To add even more hype to these numbers, she also has 125 nominations for different rewards.

Joel Coen has a lot to be proud of as well. He achieved much success with his directorial skills, alongside his brother (Coen Brother Directorial). Joel has won 140 rewards and has an additional 308 nominations for different accolades. Is love the recipe for success? In the case of these two, it seems like it is.

When the two were asked about what “methods” work best for marriage, they agreed on an interesting detail – storytelling.

“In my opinion, having different stories to tell one another can make a marriage so much better,” McDormand said in an interview with AFP at the Rome Film Festival. “Sure, we did plenty of movies together, but we had a lot of autonomous projects as well. We always have something to talk about,” she continued.

Even though the couple met more than thirty years ago, they remember some pretty specific details about how it happened.

How did Frances McDormand and Joel Coen meet?

It was 1983 when these two met at a movie audition. Frances was pretty much starting out her career as an actress and was auditioning for a role in “Blood Simple”, a production by the Coen brothers. Joel said that by the time Frances actually auditioned, they weren’t feeling very optimistic that they would find the right fit for the role. Naturally, her acting skills blew them away and they called her back almost instantly.

Instead of scheduling the second part of the audition, Frances told Coen that she was busy because she “promised her boyfriend she would watch his two-line debut on a TV soap.” This immediately drew Joel’s attention and made him decide that she was the right actress for the role. Although he partly agrees with this, he added that it was her incredible talent and acting abilities that drew him to make the final choice. “It is mostly her talent that landed her the role, but the act of boldness was much appreciated too,” he said in an interview a few years later. “The guileless she displayed was just what we for looking for our Abby (the character she played).”

After this collaboration, Joel knew that he could count on her for female roles in the future. His movie “Fargo” in 1996 also included Frances, and not only that, she won her first Oscar for Best Actress in a Leading Role for it as well.

They Have a Son

As incredible as these achievements are, the couple agrees that the best part of their relationship was raising their son Pedro. Their son is adopted from Paraguay when he was a baby.

The thing that these two have in common is, obviously, movie enthusiasm. However, it’s their love for literature that brought them even closer together. When they were working on “Blood Simple”, Frances brought a book with her. She remembers asking Joel if he had any recommendations and that he responded by bringing an entire collection of James M. Cain and Raymond Chandler novels.

“I asked Joel which book I should start with and he told me to read The Postman Always Rings Twice first,” Frances said in an interview with The Daily Beast. “After I read it, I asked him if he would come over and discuss the book with me. That was it. He pretty much seduced me with his love for literature. We went on to discuss different novels and drink hot chocolate for a couple of evenings.”

McDormand and Coen are a living example that a bit of chemistry and everyday communication can go a long way in a relationship. They also show that love can last in Hollywood.