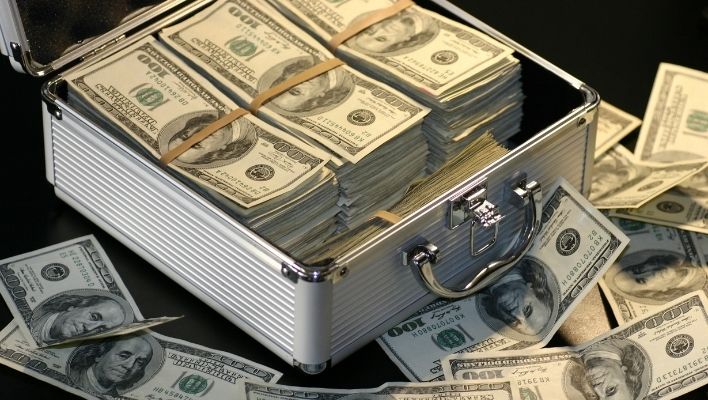 Obama is considered a favorite amongst the Presidents of the United States. Since retiring from office, Barack Obama’s net-worth increased from $1.3 million to $70 million. The Obamas are estimated to have made more than $242.5 million in their post-presidency life, which makes them a close second to the Clintons. The question is – how did the former law professor rake up all this wealth?

From making an annual income of $300,000 to taking luxurious vacations at Lake Como in fancy yachts, the answer lies in the investments made during and after his tenure.

During his twelve years in office, Obama managed to make $20 million. Approximately three-quarters of the money came from lucrative book deals. In total, he has made $15.6 million as an author alone.

His bestsellers Audacity of Hope, Of Thee I Sing: A Letter to my Daughters and Dreams from My Father contributed largely towards his fortune. In 2005, after joining the Senate, Obama got approval from the ethics committee which allowed him to get royalties from Random House for two non-fiction and one children’s book. His recent publication, A Promised Land sold 890,000 copies within 24 hours of its release. This made the book a New York Times Bestseller.

Alongside this, they get a $100,000 non-taxable travel account, $19,000 for entertainment, and $100,000 to decorate the Whitehouse. Also, The General Services Administration is required to provide enough money for travel expenses to all former presidents.

Not to mention, $120,000 was earned in form of interest and dividends on investment holdings which includes the US treasury bills and diversified funds.

Books are not the only capital influx for Obama. In 2018, the Obamas signed a production deal with Netflix which was worth over $50 million. This deal covers both series and documentaries for several years to come.

Furthermore, he helped create the documentary ‘American Factory’ featuring the Chinese factory opening up in Ohio. This documentary ended up winning in the category of best documentary at the Oscars. Thus, it added to his net-worth long after him stepping down as the President.

Having been a professor at the University of Chicago Law School before his Presidential career highlights Obama’s knack for public speaking. It is estimated he makes $400,000 annually from speaking arrangements.

According to reputable sources, Obama earned approximately $800,000 from two speeches and $1.2 million from his talk at Wall Street.

The Obamas have always been wise when it came to their money and especially so in investing in their daughter’s education. In 2007, Obama invested in Bright Directions’ age-based plans which allowed him to account for his daughters’ college education at Harvard and the University of Michigan. Each plan is worth around $50,000-$100,000.

Currently, alongside his wife, Michelle, he owns three large-scale properties. This means that Obama’s biggest investment is in real estate. After leaving the White House, the couple invested in an 8,200 square-foot mansion in Washington DC. It is said to be valued at over $8.1 million.

At the time the investment was made, it was said to be the second most expensive home in the neighborhood, right after Jeff Bezos’ textile museum turned mansion. Furthermore, the Obamas still own their property in Chicago’s Hyde Park that they bought for $1.5 million in 2005.

It is currently valued at $2.5 million. In 2019, they made another investment in a 6,892 square-foot house in Martha’s Vineyard for $11.75 million. It overlooks Edgartown Great Pond and sits on 30 acres of land.