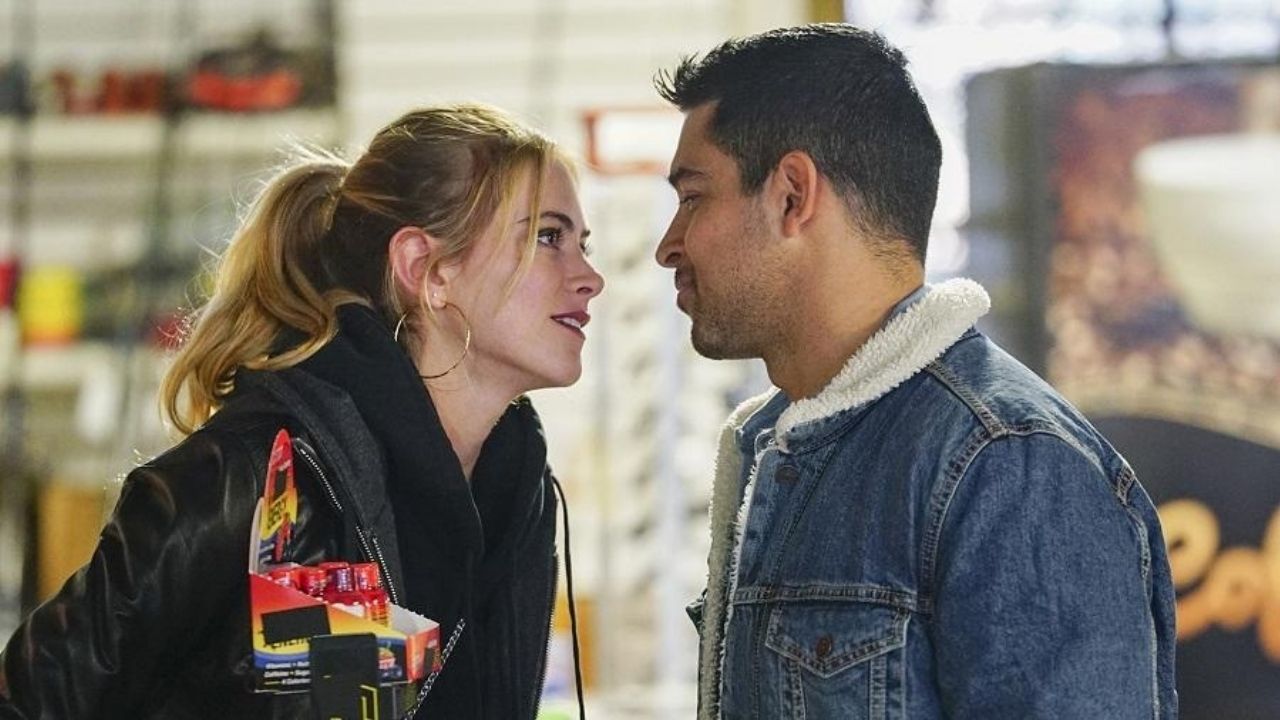 When the characters on the show share such a great, romantic atmosphere, it often happens that the actors who are portraying the two characters are also romantically connected in real life.

Therefore, it is not strange that a lot of fans thought the same thing was happening between Emily and Wilmer off-screen.

No, it’s safe to say the two are not in a relationship.

As a matter of fact, both of them are in serious relationships.

Emily Wickersham announced her pregnancy on July 30th, 2021, and it’s wonderful news both for Emily and her long-term partner James Badge Dale.

On the other hand, Valderrama welcomed his first baby with his wife Amanda Pacheco in 2021, so both Emily and Wilmer are in separate, committed relationships.

Who is Wilmer Valderrama’s Wife?

The famous pair Bishop (Emily) and Torres (portrayed by Valderrama) have given us many, many hints that their characters are actually in a relationship, but hiding it from the rest of the team.

For example, there have been sweet moments where Ellie fed Torres a piece of chocolate, as well as the moment where she’s moving out of her apartment and gives her shirt to Torres.

If we had to choose some best moments of them showing us romantic chemistry on screen, we’d choose the episode “Mona Lisa”, episode 18 from the 16th season.