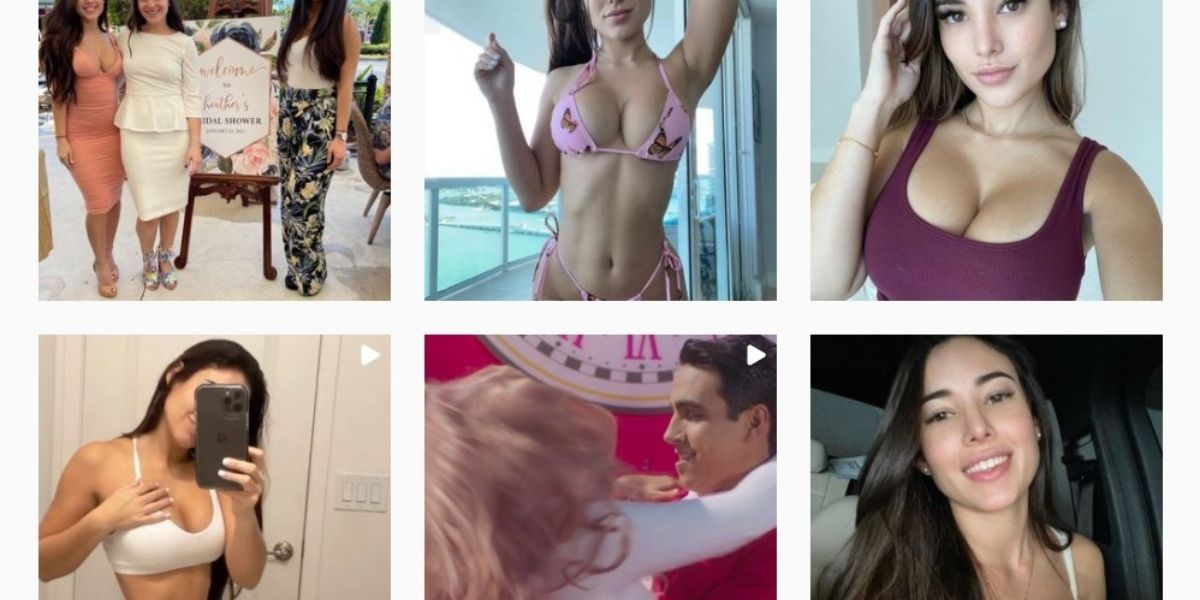 Talk of getting famous for your looks and the content you share on your social media handles!

Angie Varona, aka Angeline Varona, has become a star on TikTok and other social media channels for the beauty and photos of her that she shares on these platforms, especially on Instagram.

If you’re looking to know more about Angie Varona, here’s all you have been searching for!

Angie Varona was born on April 25, 1993, in Miami, Florida.  Her father’s name is Juan Varona and her mother is Maria Varona.

Not much is known about her early life. However, we can confirm that Angie Varona attended John Ferguson Senior High School before completing her university studies with a degree in Political Science and International Relations. She is now a law student at the university.

How did Angie become famous?

In 2007, when she was just 14, Angie became a center of attention on the internet when her sexy selfies leaked online and went viral.

These photos had been stored on PhotoBucket but the account was hacked, with the photos being released.

The images, where she appeared with a bra and panties, were meant for her then-boyfriend. However, they found themselves trending on major adult sites around the world.

The hacker even photoshopped some pictures to look like Angie was actually naked.

Although her parents tried to contact the police in a bid to stop the spread of the photos, the police admitted that there was nothing they could do.

After what she faced as a teenager, she once warned teenagers on ABC’s nightline about posting such revealing pictures that caused her the suffering.

Now as a grown-up, what brought her much suffering as a young teen is now her cup of tea.

Angie has become prominent on Instagram where she frequently posts her photos with swimsuits.

Angie is studying law currently. She also has a beautiful voice and can be able to sing but has never given a hint of following any of the paths.

Angie is now comfortably working as a model and is happy making her living through Social Media and her other errands. She has been posting sponsored content on her Instagram by Bang Energy, VPX Sports, Fashion Nova, and Clover dating app.

However, she has done some covers of different songs which you can find on her Youtube channel, Varona Family and Angie Varona.