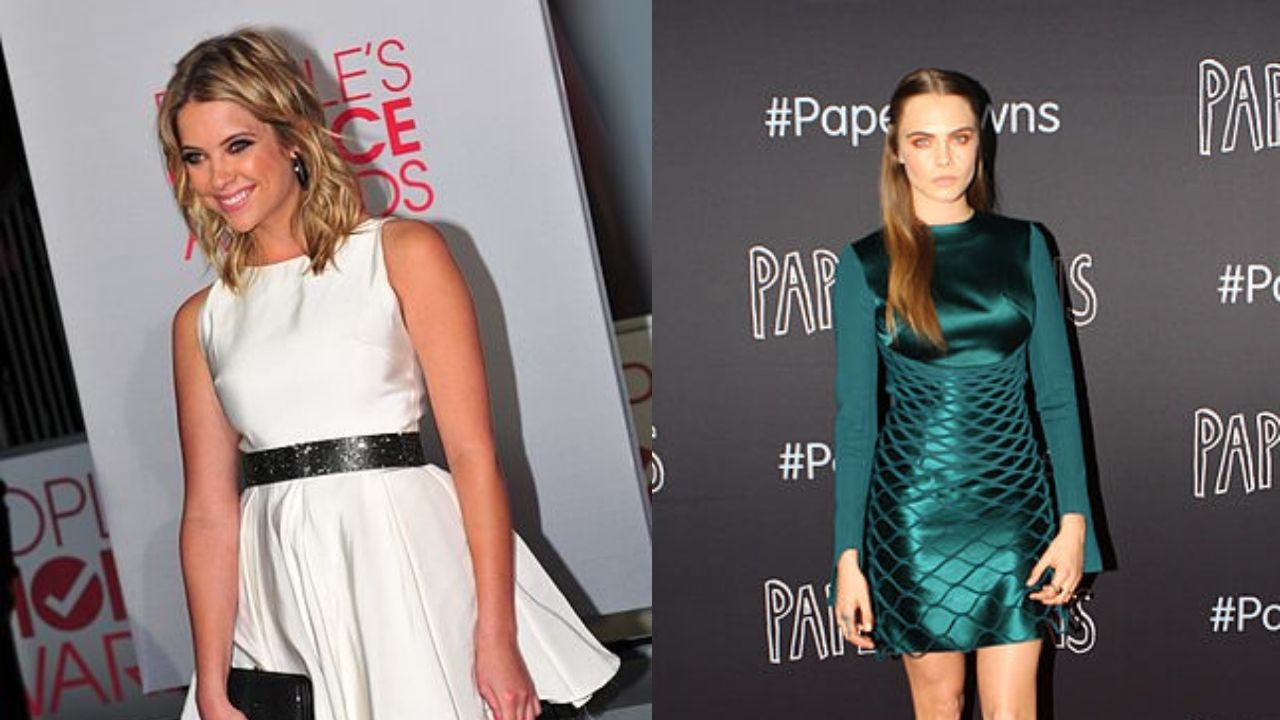 Cara Delevingne and Ashley Benson were one of the “hottest”, most adorable couples in 2018. Cara’s equality-centered relationship with Ashley has probably helped hundreds of girls raise their standards in relationships!

We all need a partner like Ashley, who is supportive, generous and selfless.

This being said, it was devastating news to find out the two gorgeous women split up in 2020.

Who is Cara Delevigne?

The 29-year-old beautiful supermodel Cara Delevingne started her modeling career in 2009, at a very young age.

She was discovered by the Storm Model Management.

From 2010 to 2020, Cara walked for various fashion designers and stores such as Burberry, Oscar de la Renta, Zara, and even Fendi and Chanel.

However, Cara is successful in more than one industry.

She has appeared in the popular movies “Paper Towns”, “Pan”, and “Anna Karenina”.

And that’s not the end! She’s also a very talented singer and guitarist, although very few know about this.

Check out her performance at Jimmy Kimmel’s show:

Cara Delevingne and Ashley Benson started dating in August 2018, and their relationship went on for almost 2 years.

Cara and Ashley have always been open about their relationship.

Cara even stated that being gay or bi has nothing to do with one’s personality, and no one should be labeled because of their sexuality.

In the 2019 interview for the People magazine, Cara spoke about her closeness with her then-girlfriend Ashley.

She confessed Ashley was her first partner that Cara has ever trusted.

When Delevingne spoke publicly about their break-up, she admitted the global pandemic has affected their relationship and their mental health.

Although not very close, Cara and Ashley remained friends after their split.

The 31-year-old actress and model Ashley Benson is mostly recognized for her portrayal of Hanna Madin in the popular teen drama called “Pretty Little Liars”.

From 2010 to 2020, Ashley made both minor and major appearances in movies such as “Ratter”, “Christmas Cupid”, and “Her Smell”.

As for the TV series, Benson was a part of the main cast for the ABC drama “Eastwick”, which lasted for 13 episodes.

The aforementioned TV series “Pretty Little Liars” is considered her biggest and most important role so far.

However, before becoming a successful actress, Ashley’s main job was modeling.

Ashley started singing and dancing at just 5 years old, and she was noticed by the Ford Modeling Agency at the age of 8.

Fun fact: She’s been working with the Ford Modeling Agency for over 20 years so far and she’s planning to keep the collaboration going!