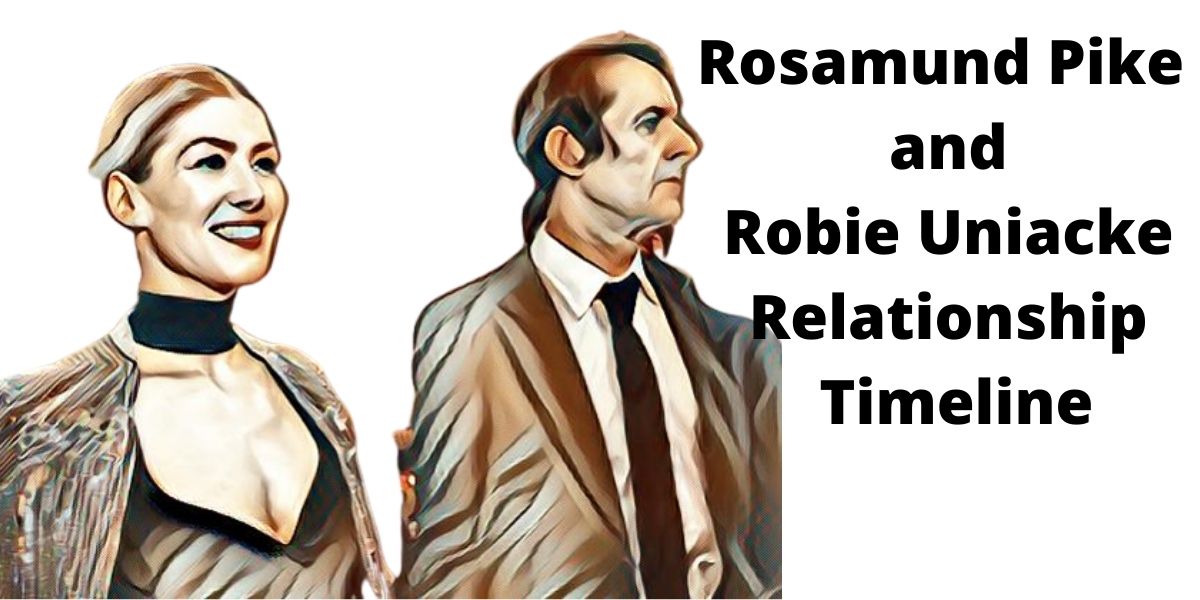 Pike’s acted as a lesbian in the movie ‘I Care A Lot.’

In real life, she is a straight woman who has been in a happy relationship with Robie Uniacke.

The two are not married despite they have been together since 2009.

Who is Robie Uniacke?

Robie Uniacke is an English mathematician and businessman born in the 60s.

He went to school at Eton College in Windsor and preferred to maintain a low profile.

Not much is known about their relationship, but some have described it as adventurous.

The couple has been together since 2009. They met while attending a party.

The actress considers him her other half and is always proud that he has been instrumental to her success.

In 2012, it was revealed by a family friend that Uniacke accompanies society swans to art exhibitions and teaches them a little.

He is also charismatic since it was revealed that he was considered one of the coolest people during his time at Eton, and some find him exciting.

The couple also welcomed their first child, Solo Uniacke. She happened to be pregnant while working in the movie Jack Reacher.

In 2014, the actress revealed to Telegraph, “I have a very clever partner who’s got a very astute mind and is very well-read and articulate and ruthless about how something I do might play out on screen.

I tend to identify with a character and imagine more on the page than there is.

He’s quite good at putting a check on that.”

The couple welcomed their second child when the actress gave birth to a son named Atom Uniacke on December 2nd.

In 2015, the actress revealed to Vanity Fair that she loved it when her partner took him to a party at Stonehenge since it showed his sense of adventure.

The couple also loves traveling, and this was seen in 2015 when they went to China together to promote the movie Gone Girl.

They were given Chinese names, with the actress being referred to as Péi Chúnhuá.

She requested that it be her name while in China instead of having her English name translated into the language.

Robie Uniacke taught his two kids how to speak Mandarin.

The mathematician is also fluent in Chinese, which further shows their love for the language and culture.

She also revealed he was a feminist by saying, “And it’s a thing I prize highly and appreciate daily. Someone who’s self-confident enough and secure enough to deal with this crazy… It is crazy how our life is. Just the constant shifting. The fact we keep any form of routine is quite remarkable, really.”

The couple has not yet tied the knot, but they have a Georgian townhouse in London.

Apart from the mentioned details, the actress does not like to talk about her family or have pictures taken.

This has not prevented the media from uncovering a lot about Uniacke.