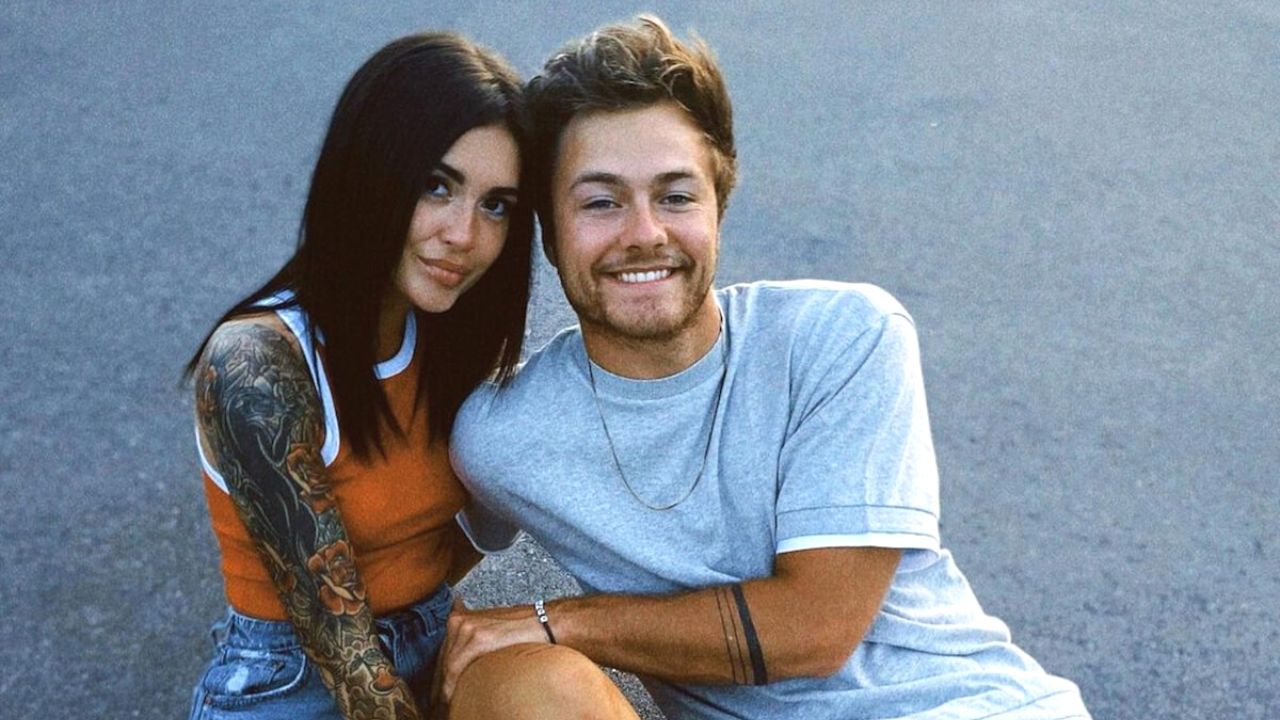 When Peyton Meyer married his girlfriend Taela LaCour in a private ceremony, many of his female fans were disappointed. The Girl Meets World actor posted the news of his marriage on Instagram and said they were expecting their first child as a couple.

The superstar mentioned that he never thought he would get married since he hated the idea but meeting his girlfriend changed that.

He revealed that Taela changed his life and appreciated that they were starting a small family with her.

Taela also posted pictures of the ceremony and a report detailing her pregnancy.

The newly married couple looked beautiful in their wedding attire and posed for photos with their son, whom Taela got from a previous relationship.

The wedding came a few weeks after the couple made news for releasing a video that was considered inappropriate.

On September 2021, a video was uploaded to social media, spreading like wildfire.

There was no official confirmation that Taela was in the video, but no one can deny that Peyton was the guy in it. The two have not addressed the issue to date.

Taela is a model, singer, songwriter, and social media influencer.

She was born in 1997 and raised in Missouri.

She was passionate about music while growing up, and this made her move to Nashville to start her profession in the music industry.

The model released her first song in 2019.

The song, Bang, enabled her to sign a deal with Kobalt Music Group in the same year.

She released other songs like Real Problems, Drink Dance Repeat, L.A., and Money Dreams, among others.

She performed alongside superstars like Mumford & Sons and Cardi B at the ACL Festival.

The mother has previously suffered from bullying and abuse and is an advocate for mental health awareness, autism awareness, and bullying awareness.

Before she met Peyton, she was in a relationship though the identity of her ex is still unknown.

This led to the birth of her first child. Taela LaCour and the actor sparked rumors they were dating after she mentioned him in a Tik Tok video for Childhood Crush Challenge.

No one knows when the two started dating, but they confirmed their relationship on Instagram on Valentine’s Day.

Do Peyton and Taela Have a Child?

After they revealed they were dating, the two started frequently appearing on each other’s social media.

They give fans a glimpse of their vacations and celebrations, and when they secretly tied the knot, many were taken by surprise and went to Twitter to post their reactions to his wedding and fatherhood.

In 2022, the actor revealed he was a proud father of a baby boy by posting a lovely statement to indicate the birth of their child.

The couple posted a picture of them cuddled up as they watched their child.

The actor revealed that two years ago, he sat at the kitchen table and asked whoever was listening to give him something that would motivate him to move forward.

He was looking for a new challenge and thanked the heavens for their child. He summed up the statement by saying, “No matter how dark the world might get, I will always know that the light is right around the corner. My beautiful boy Ziggy.”

Before the two got married, they made headlines after a video was posted of him having sex with his girlfriend.

The actor’s fans revealed they were affected after seeing the sex tape since he appeared in the tape with a lady many believed was his girlfriend turned wife.

His fans flocked to social media to express their anguish at their childhood being destroyed.