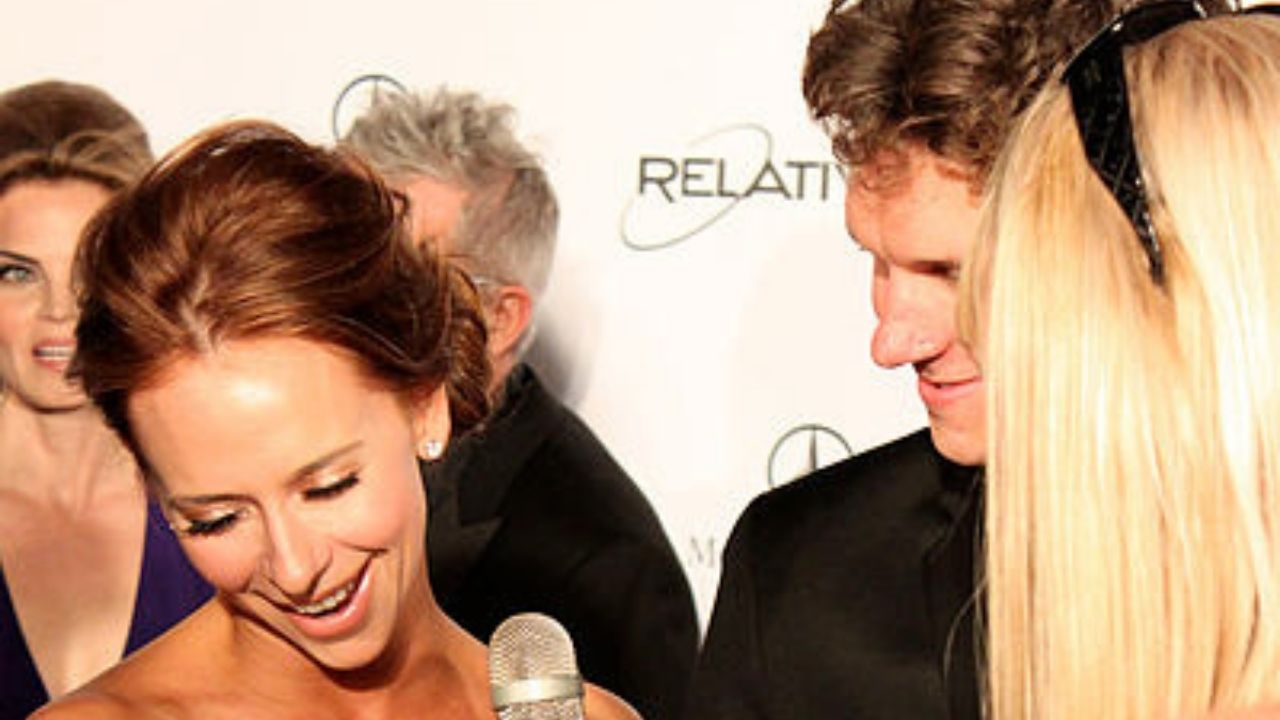 Actress Jennifer Love Hewitt may prefer to hide details regarding her private life, but one cannot doubt that she enjoys being a mother to her children and wife to her loving husband, Brian Hallisay.

Even though at the time, they did not go further than acting together, they later met in 2012 while filming The Client List.

Less than a year after they started seeing each other, one of Jennifer’s closest friends told In Touch Weekly about the actress’s intimate connection with the famous actor.

She revealed she was in love and would not be surprised if they decided to tie the knot.

She stated Hallisay was Jennifer’s shoulder to lean on when her mom died in 2012.

She revealed their relationship was healthy and solid, and Brian was supportive when she was mourning.

She confessed they were good for each other.

As people watched the couple’s romance on the drama Lifetime, their love grew off the screen, and within a year after news emerged they were dating, the actress and her future husband announced to Us Weekly she was pregnant.

It was in 2013, and the pair said they were thrilled to start a family.

It seemed the two could not wait to get married since the actress’ representative stated they were engaged just days after they announced the pregnancy.

The spokesperson told People the news.

The couple tied the knot in November 2013 in a private ceremony, and a few days later, they became parents to their first child, a girl named Autumn James Hallisay.

The lovely couple gave birth to their second child in June 2015.

This time it was a son named Atticus James Hallisay.

Considering the couple dedicated a lot of their time to raising their two children, many were thrilled when they started working together on the set of Jennifer’s hit television series 9-1-1.

Did Jennifer Love Hewitt and Brian Hallisay Worked Together

During an event in 2019, the actress talked about working alongside her spouse.

She also revealed that watching him enjoy playing his role and have fun in the process was fun.

She was proud of him.

The actress also praised Hallisay, who acts as Doug, Maddie’s abusive husband, for being a dedicated husband and dad in all the years they were together.

She admitted he loved and chose her every day and was a kind person.

He always takes care of their children when she cannot and says she is lucky since he is the opposite of the character he portrays.

In 2020, the mother gave fans a glimpse of her date night with the actor.

She wrote, “Fresh flowers and a cheers with your husband at the end of a crazy day.”

She said life was beautiful when it was complicated, hard, different, scary, and new.

She encouraged people to appreciate the good moments and embrace the hard days.

She summed up the statement by saying, “I am totally lost these days and beyond grateful. Sending you all love.”

Even though relationships can never be perfect, the actress does not regret sharing her life with Hallisay.

She revealed that marrying him was one of her best decisions, and watching their kids grow and change was the icing.

The actress welcomed her last-born child, Aidan, in 2021.

She posted the child’s picture on Instagram, and in October 2021, she shared a photo to celebrate her husband’s birthday.

A few months later, the singer posted a throwback photograph of them to celebrate Valentine’s Day.

The caption on the post read, “We were babies. Now we have babies. My forever Valentine. Love you B.”