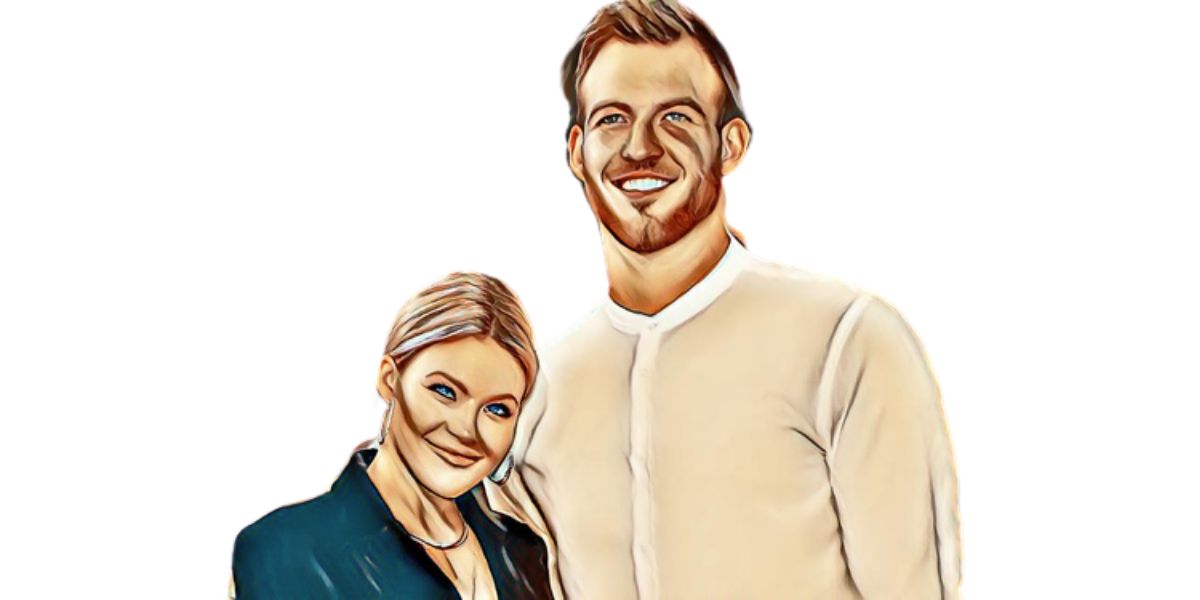 Carson McAllister’s wife, Witney Carson, made a name for herself on the dancing stage and has grown into a famous person in the entertainment industry.

She has regularly appeared on Dancing With the Stars since 2013, but many people do not know much about her husband.

Carson McAllister is the dancer’s childhood love and has supported her throughout her dancing career.

Let us find out more about him.

Carson works as a social media influencer and choreographer.

He and his wife attended American Fork High School in Utah.

Even though he said that they met when she was younger, they expressed their feelings when they were in senior year.

When he graduated, he went to Romania for two years, and around that time, Whitney started her road to fame when she clinched second runner-up in season nine of So You Think You Can Dance.

She started her career in Dancing With The Stars the following year.

The two found their way back to each other and tied the knot in 2016 in Mormon Church.

McAllister followed his wife all through her years of success.

They met when she was a girl in high school.

Her first time dancing was way before they met.

She was three years old when she started jazz ballet and attended ballroom training at 9.

Her fame erupted in 2014 when she was announced the winner f season 19 alongside her dancing partner Alfonso Ribeiro, making her one of the few dancers to clinch the mirror ball trophy within the first two seasons.

McAllister was by her side all this time, and he constantly encouraged her to keep working harder.

The couple’s wedding was beautiful.

The lavish celebration took them three months to prepare, and they knew they did not want to have a long engagement.

The dancer’s bridesmaid list had her co-stars on DWTS.

The wedding happened in Utah during Winter.

Even though they married a few years back, the couple is very much in love.

They Are Expecting a Baby

The pair spends much of their time dancing, traveling, and looking lovely as always.

On July 2022, they announced they were expecting their first child.

We love this little bean so much already, and we can’t wait to start this beautiful chapter in our lives!”

McAllister revealed that the secret to their strong marriage was they put each other first.

This was during an interview with People in which he said that what was important to him in a good relationship would be service.

To him, it illustrates true love and develops the existing bond.

Even though they have been together since high school, Witney is happy that her man is not a celebrity or someone involved in the hustle and bustle related to entertainment.

She stated, “Just knowing that I have someone who knows me before all of this started, someone who has always been there for me, through thick and thin, it’s such a comfort,” she said. “He totally keeps me grounded. I love that he’s not in the industry because he can bring me back down to earth.”

We wish them well as we wait to see what is in store for them, especially with a baby coming.