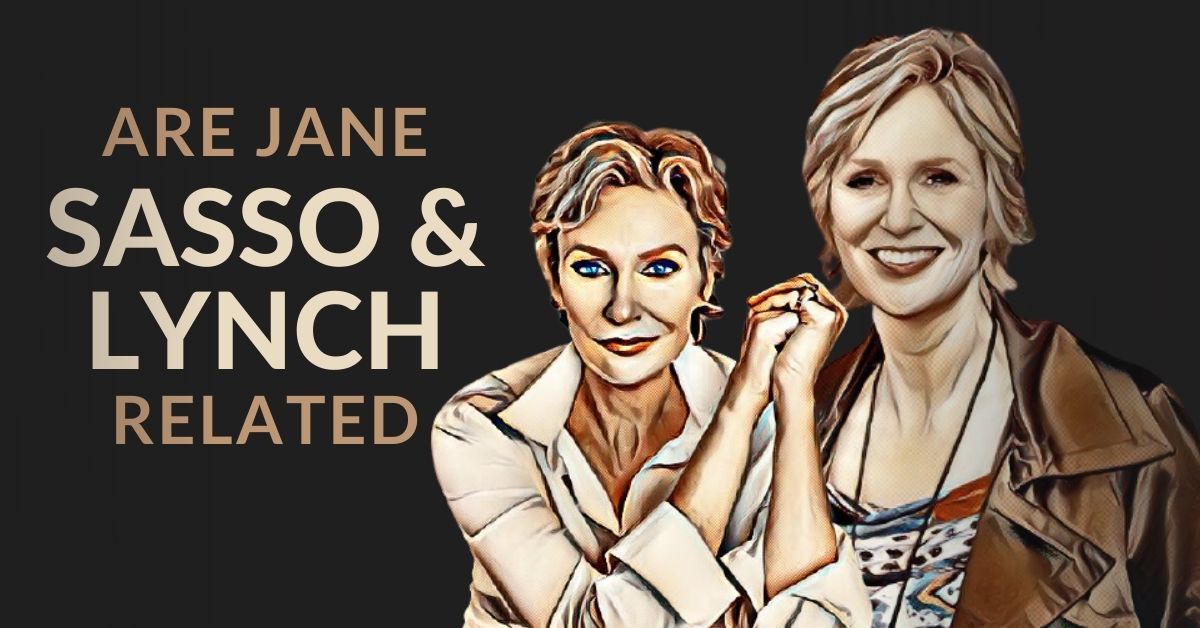 We totally get why Jane Sasso has been confused for Jane Lynch.

They are easy to confuse with one another, as they look like identical twins but they are not related at all.

Even though Jane Sasso and Jane Lynch are women with the same name, they are not actually related!.

As it turns out, there are two different Janes who were born in 1965 and 1960 respectively: one from Brooklyn, New York, and one from Evergreen Park, Illinois. While they both share the first name, you can tell the two apart by their last names.

Jane Baldwin from Brooklyn has been known as Sasso since she was married. The other Jane, from Illinois, never changed her surname and has always gone by Lynch. They also have different parents who are not related in any way.

So, there you have it, folks. It turns out that while the two share the same first name, they are not related. They don’t even know each other!

Who is Jane Sasso?

Born in 1965 to parents Carol and Alexander Baldwin, Jane Sasso is a former actress who is also the sister of famous American actor, writer, producer and comedian Alec Baldwin.

She was actually born as Jane Baldwin, but she changed her surname to Sasso when she got married to Randy Sasso, with whom they have one son; the name of the son is not disclosed to the public.

Her other siblings are Elizabeth Kuchler, Daniel Baldwin, Stephen Baldwin and William Baldwin.

She attended both her primary and secondary education at a private school in New York called Amityville. She is known to have appeared in the television series, The Rosie O’Donnel show in which she played herself.

After that, she has been maintaining a low profile. Not a lot is known about Jane Sasso as she lives a very secretive life.

Who is Jane Lynch?

Jane Marie Lynch is an American actress, author and comedian. She was born in 1960 in Evergreen Park, Illinois, to parents Frank and Eileen Lynch.

The actress is best known for her role as Sue Sylvester, the coach of William McKinley High School’s cheerleading squad in the musical comedy Glee, which won her a PrimeTime Emmy award for outstanding supporting actress.