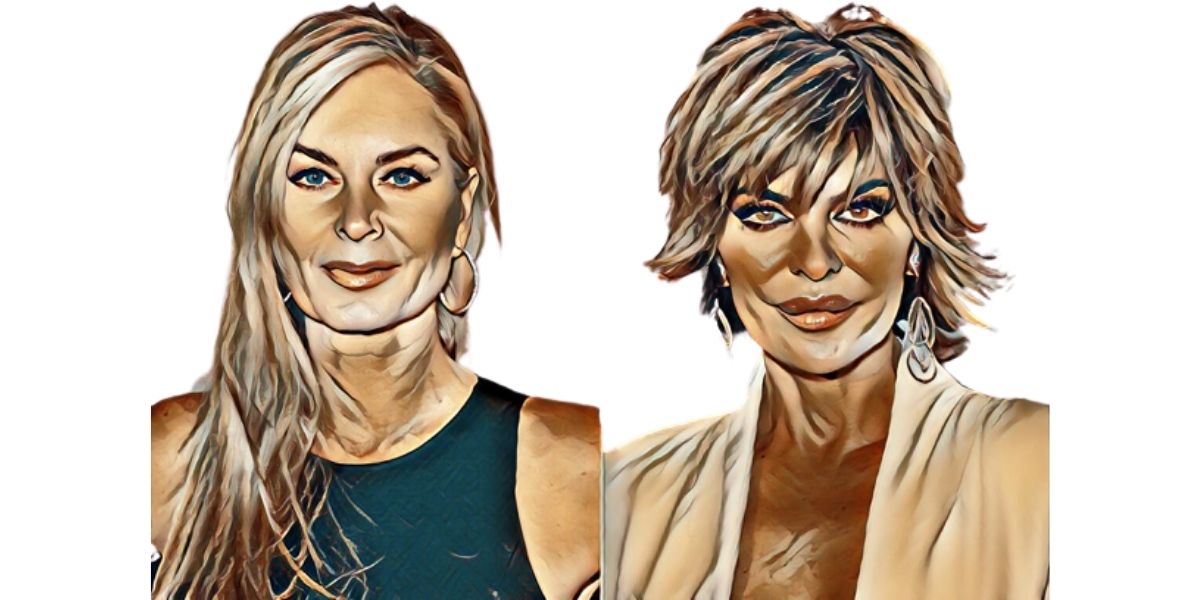 When Lisa Rinna and Eileen Davidson first appeared on television as the new housewives in the fifth season of The Real Housewives of Beverly Hills, they came in as two good friends who had moved from the soap section and were now making a leap into television reality show. Ever since Davidson left in the seventh season, Lissa continued positioning herself as a remarkable member of the show, and this made people wonder whether she is still friends with Davidson.

Davidson revealed that being on the show with Rinna was instrumental in making them closer. Both joined the show together, and even though Eileen left and Lisa stayed, they two seemed very close. Eileen recalls the feeling she had when both featured in the show together. “She was my, you know, we were like each other’s, you know, lifesavers,” Davidson stated during an interview with David Yontef. She remembered, “We were just, we were glued to the hip. We had a lot of fun. She and I had so much fun, kind of embarking on this journey together. And a huge bond. What are the best things about being on that show is the relationship I had with her. It was just fantastic. Oh yeah. And we had a blast, and it was scary and fun and crazy. And we were in it together.”

Eileen was a great member of the show as she oozed glitz and glam while also possessing a down-to-earth, calm behavior to complement Rinna’s energized trait. Fans can never forget Davidson being on the receiving end of Erika Girardi’s wrath during dinner in Hong Kong. Based on previous happenings of other dinner confrontations by Erika, Eileen would not want to experience another ordeal. However, it would be interesting to see her come back to the show and see her role and reactions to the unfolding drama. The star is still friends with many cast members and has always responded well to questions on her relationships. This may signify that she may return to the show with the right motivation.

An interview involving the two on separate occasions on their take on Eileen joining the show elicited mixed reactions. Whereas Rinna showed that she would be thrilled if her friend made a comeback, Davidson was more reserved as she said, “I think I would be OK visiting that world. I think it’s moved on. It’s kind of like being in high school, when you graduate, everybody kind of goes their own way. I still have a lot of love and affection for all of them, but if you’re not in that world, I don’t know, it would be kind of weird trying to get back on that pony. I’m not sure.”

Even though Davidson feels like she outgrew the show, Rinna had other ideas. She stated, “Come on, we would love Eileen to come back. I had the most fun of my entire run when Eileen was there.” With Davidson being skeptical about rejoining the show, fans may have to settle for seeing the pair reunite in the soap program Days of our Lives: Beyond Salem.

Their Reunion at Days of our Lives: Beyond Salem.

When asked to comment about the new series, Davidson stated, “It’s the best combination of soaps that were, like 20 years ago, many people were on the show. And then soaps now. I hate to be a cliché, but they’re moving it beyond the usual platform and bringing it to streaming, which I think is genius. Part of the reason I signed on was that doing anything different in this industry nowadays is such an accomplishment, especially in daytime drama. So the fact that they’re bringing it to a whole other platform in a twisted kind of a way, bringing in all sorts of different facets, which I don’t want to do any spoilers, but I thought it was brilliant, and I thought it was exciting to be a part of it.”

According to Rinna, this was an opportunity to regain her acting prowess. She said, “It’s so exciting when I get a chance to act because I have been doing a reality show for the past if you can believe, seven years. I was just so excited to be able to use my acting chops again.