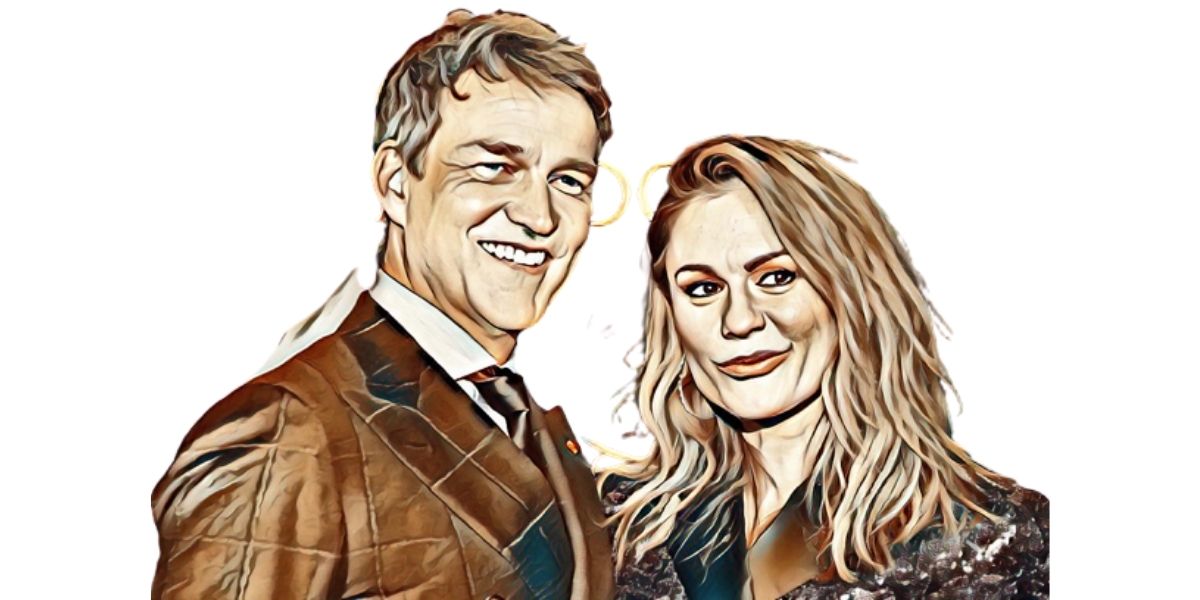 Stephen Moyer and Anna Paquin have been in a stable marriage since 2010.

The two rarely post pictures of themselves on social media, and in one of their posts, the actress posted a picture of them together in 2021.

The caption read, “I’m always so grateful we get to have careers we are passionate about (and even more so after this crazy last year), but damn, the long-distance thing NEVER gets any easier. #myperson.”

Paquin revealed to Us Weekly that the secret to their more than 10-year marriage was friendship.

During the ICG Publicist Luncheon Awards, she confessed to the magazine, “We’re each other’s best friends.

We’re incredibly lucky that we found each other.”

The actress met her husband in 2008 while acting on the HBO hit series, True Blood.

Even though they started dating after filming began, they kept it a secret until early 2009.

She explained, “It was very intentional on both our parts.

It was very important to me that the cast and crew we were working with didn’t feel it was fickle. … We didn’t want to take anything away from the show.”

It was clear that their relationship was strong since, after getting engaged on a beach in Hawaii, they got married in 2010 in the company of family and friends like Carrie Preston and Elijah Wood.

They are parents to twins Charlie and Poppy though Moyer has two children from a previous relationship.

The actress stated, “We want nothing but good things for each other.

His successes are my successes and vice versa, and we’re just really lucky.”

Paquin Came Out as Bisexual

In the year they tied the knot, Paquin came out as a bisexual in a clip that promoted the Give a Damn Campaign which consisted of celebrities talking about the need for equality.

She revealed, “I’m Anna Paquin. I’m bisexual, and I give a damn.”

Sources revealed that they did not know the actress would make the statement.

She later celebrated her bisexuality and emphasized the need for equal marriage rights in a Twitter post dated June 2014.

She said, “Proud to be a happily married bisexual mother.

Marriage is about love, not gender.”

She went ahead to link her Twitter account to the It Gets Better initiative and the NOH8 Campaign.

Both initiatives are well-known for their supportive stance toward the LGBTQ+ community.

The star also revealed to Zoey magazine that her sexual preference was not a major biographical issue though she felt compelled to speak in support of the LGBTQ+ rights.

She stated, “If you’re going to talk about some cause in a way that’s meaningful, you should identify why it means something to you.

For a bisexual, it’s not about gender. That’s not the deciding factor for who they’re attracted to.”

The Couple Insists on Separating Their Careers From Their Family Life

The actress has also insisted on keeping their family life private, especially their children, who they do not want to be in the spotlight.

She revealed to TODAY Parents in 2018, “Everyone chooses what works for their family.

There are aspects of one’s private life that are fun, cute, and not too revealing.

And then there’s stuff where you’re making decisions for people who don’t have a say yet about whether they want to be in the public eye.

I’ve always been very private. I’m not as neurotic about it as I was when I was younger.

I don’t want people to know too much about my real, inner private life.

That’s part of having been a teenager and feeling constantly brutally self-conscious and not wanting anyone to stare at me but having a job where that was part of it.”

The couple also restricts the content their children watch on media.

While being interviewed by Entertainment Tonight Wednesday during the release of the movie American Underdog, the couple revealed that their children are not allowed to watch True Blood.

Moyer revealed, “They haven’t watched any True Blood yet.”

When asked if they would be allowed to watch the series in the future, they reiterated their stance by saying the series was off-limits to them.

Due to their busy schedules, the couple ensures they keep their professional and family lives separate since their kids are still young.

Paquin stated, “We’ve very intentionally not brought them into this aspect of our lives because frankly, they’re minors, and I don’t feel comfortable making that decision for them because it’s permanent.”