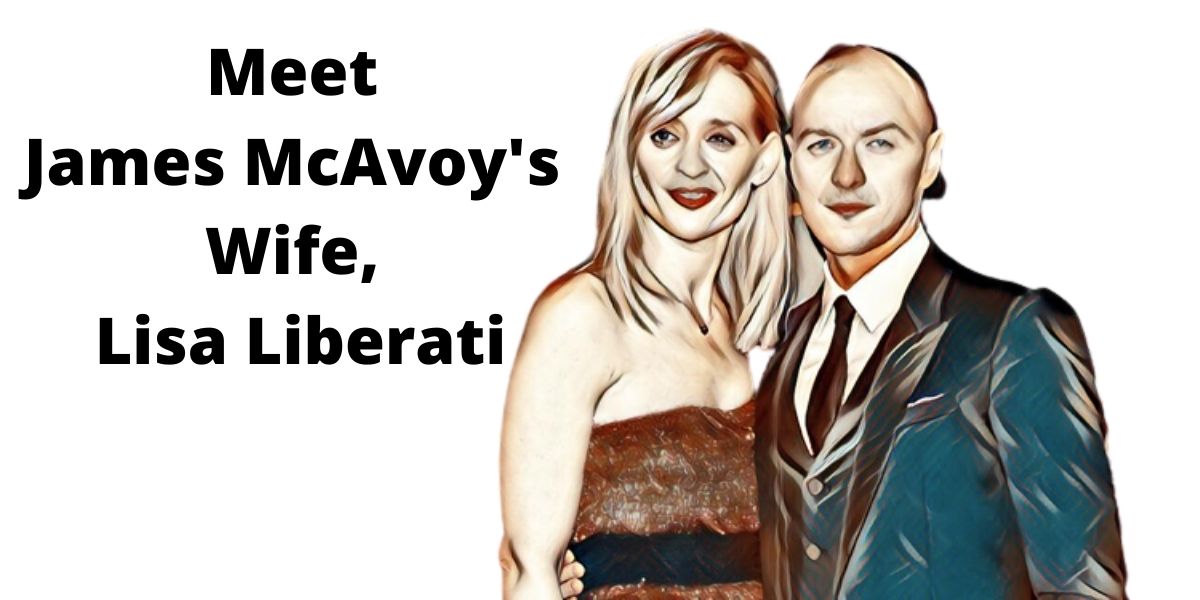 In a recent interview, the Wanted actor stated that he recently tied the knot with his girlfriend Lisa Liberati, a Philadelphia native.

He referred to Philadelphia as his second home when talking about the city.

He refused to provide further details on their marriage for fear of giving too much information to the media.

The star met his wife in 2016 while acting in the M. Night Shyamalan-directed movie Split.

At the time, she was the movie director’s assistant.

They did not start dating until a few years later.

Rumors about their wedding started doing rounds in 2019 when Lisa was seen wearing a wedding ring as she traveled to Philadelphia.

It was also reported that one of McAvoy’s closest friends, Jamie Lloyd, was overheard saying Liberati was the actor’s wife, stating that the couple had recently tied the knot.

At the time, the couple nor their representatives confirmed the rumors. So who is Lisa Liberati?

The former actress was born in 1979 and spent a significant part of her childhood in Philadelphia, Pennsylvania.

There is little information on her family and upbringing though she is a graduate of Thomas Jefferson University, previously known as Philadelphia University.

Liberati is a former actress and film production assistant.

She is famous for her relationship with McAvoy.

As a teenager, she started her acting career in 1995 when she appeared in the film Species.

It also happened to be her first job as a production assistant and her last gig as an actress.

As of 2019, the former actress has worked as M. Night Shyamalan’s personal assistant.

The couple started dating in 2016, and the public got to see them together for the first time in 2017 during Halloween.

The movie was about a group of scientists looking for a rogue alien to imprison her, thus preventing her from finding a mate.

While on the set of the movie, she became David Streit’s personal assistant.

She has been Shyamalan’s personal assistant since 2010, when he produced and co-wrote the movie Devil, which John Erick Dowdle directed.

The movie was about a group of people stuck in an elevator and soon realized that one of them happened to be the devil.

While on The Visit, Liberati served as the vice president of operations.

When McAvoy and Liberati started dating, they kept their relationship hidden until 2017, when she uploaded a picture of them at a Halloween Party on her Instagram page.

In the picture, her arms were around McAvoy’s.

Since then, they have been seen together on various occasions, and they eventually tied the knot in February 2022.

This is McAvoy’s Second Marriage

This is not the actor’s first marriage since he was previously married to Anne-Marie Duff, who she met while filming Shameless.

Duff was McAvoy’s love interest in the movie.

They got married in 2006 and have a son named Brendan.

In 2016, Duff and McAvoy released a statement announcing their divorce.

The statement read, “It is with tremendous sadness that we have come to the decision to divorce.

We enter this next phase with continued friendship, love, and respect for one another and the shared focus of caring for our son.”