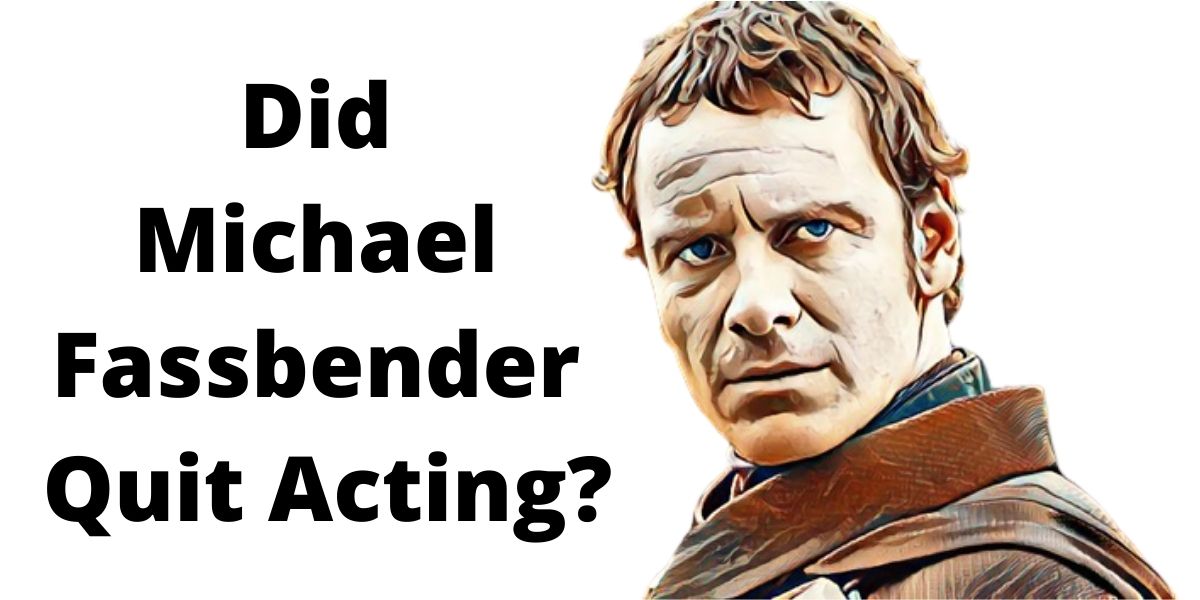 Michael Fassbender had revealed in 2016 that he intended to go slow on acting and even contemplated quitting the profession.

The Assassins’ Creed star stated that he was looking to relax after confessing that he was slowly turning into a workaholic.

He revealed It’s been pretty full-on. I had a ferocious appetite and energy for it, and I went at it like a maniac.

But I’m going to take some downtime now.

The last five years, I was verging on being a workaholic. I’ve just been going from film to film.’

The star was involved in various roles before this, including multiple X-Men movies and an adaptation of Macbeth.

The actor, who is in a long-term relationship with actress Alicia Vikander revealed he contemplated quitting going on to state, ‘I’m not ruling it out. I’m not saying it’s going to happen, but a part of me thinks you have a time as an actor when you’re at your best.

‘There’s a journey to it, and then it’s downhill.’

Many of his fans wonder whether he quit the profession.

It seems the actor is still going strong since, in 2017, he starred in the 2017 experimental romantic drama Song to Song, which was directed and written by Terrence Malik.

The production period lasted three years, and the movie premiered at South by Southwest in 2017.

The movie received mixed reactions from critics and fans.

In 2017, he also starred in another movie named Alien: Covenant which saw him play two roles.

He acted as Walter, a synthetic who takes care of the crew in the ship Covenant, and David, Prometheus’ former servant.

The star revealed that the film’s director Ridley Scott told him that he would act in both roles, and this was the first conversation they had when they first met.

Another movie he starred in 2017 is The Snowman which was written by Hossein Amini, Søren Sveistrup, and Peter Straughan and directed by Tomas Alfredson.

The movie was an international co-production between various countries, and the story is based on Jo Nesbø’s book The Snowman.

In 2019, he acted in Dark Phoenix, otherwise known as X-Men: Dark Phoenix in certain countries.

The movie concentrates on various X-Men characters, and it was the last installment in the sequel.

The movie focuses on Jean Grey’s mutation into the Phoenix, which is caused by a cosmic force that improves her psychic powers.

It tells of her steady decline into madness after the cosmic force releases past traumatic memories from when she was a child.

This results in her emotions and powers becoming unstable and life-threatening.

He is set to appear in an upcoming comedy movie Kung Fury 2 which is directed by David Sandberg.

He will act alongside Alexandra Shipp, Jorma Taccone, Arnold Schwarzenegger, and Ralf Moeller.

Another movie he will appear in is a sports comedy-drama known as Next Goal Wins.

It is based on the documentary; Next Goal Wins by Steve Jamison and Mike Brett.

It concentrates on Thomas Rongen, a Dutch-American coach who seeks to lead the American Samoa National football team to the 2014 FIFA World Cup despite the team being ranked last in global rankings.

Fassbender will act as the coach, and his co-stars include Beulah Koale, Elisabeth Moss, Rachel House, Rhys Darby, Uli Latukefu, and Will Arnett.

Filming started in 2019 in Honolulu, and Searchlight Pictures will release the movie upon completion.

He is also set to appear in David Fincher’s The Killer, a movie that will be aired on Netflix once released in 2022.

Fincher has joined forces with Netflix to release the movie, which will include Michael Fassbender, who will act as a mercenary who starts experiencing psychological problems.

According to Fincher, Fassbender’s character will be “an assassin who begins to psychologically crack as he develops a conscience, even as his clients continue to demand his skills.”

The actor and his partner, Alicia Vikander, recently appeared on the red carpet for the Vanity Fair x Louis Vuitton dinner at this year’s Cannes Film Festival in France.

Both looked stunning as they stood in front of cameras.