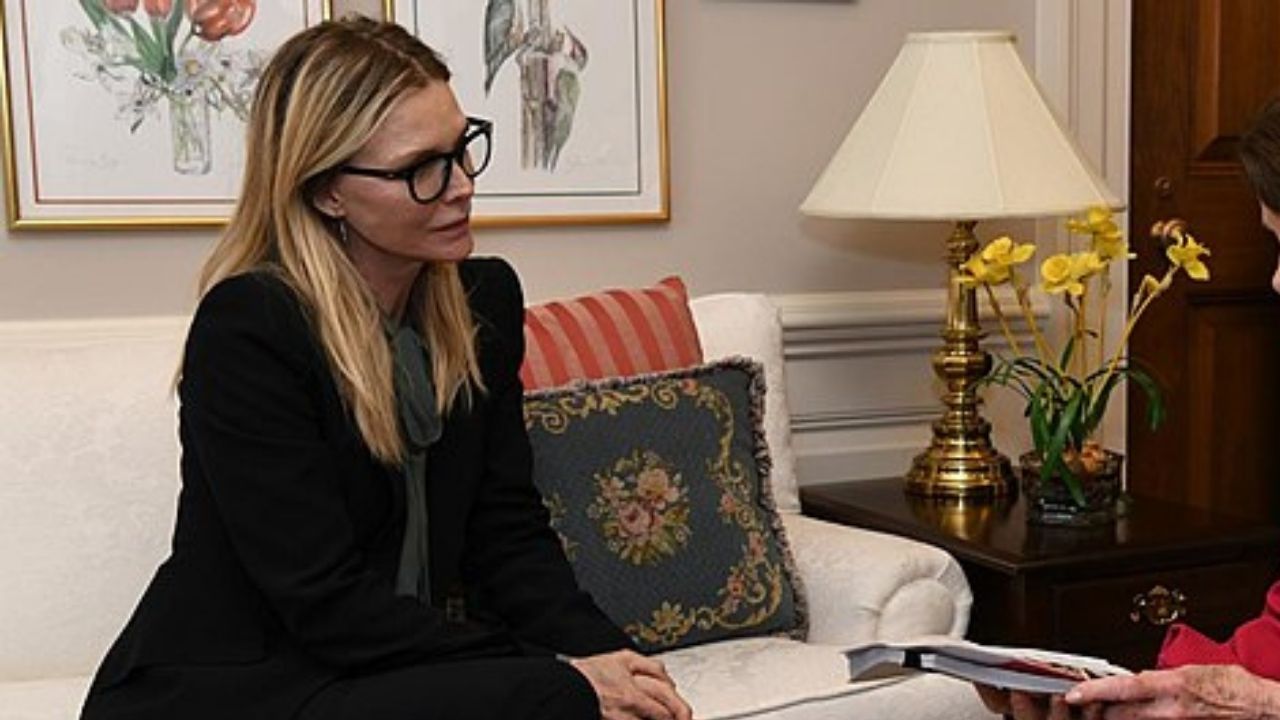 The iconic Michelle Pfeiffer who in the early 80s starred in ‘Grease 2’ and ‘Scarface’ is undeniably one of the most noted Hollywood actresses.

She got nominated for the Oscar 3 times.

The first time was for her role in ‘Dangerous Liaisons’ in 1988.

The second time for ‘The Fabulous Baker Boys’ and her last nomination was in 1993 for the leading role in ‘Love Field’.

Her acting talent knows no genres. She played as successfully in romantic comedies as she did in thrillers and horrors.

She received critical acclaim for playing Catwoman in ‘Batman returns’ and is referred to as one of, if not, the best actresses to have ever played Catwoman.

The fact that the actress is not the biggest fan of giving interviews is truly surprising.

She has always been reluctant to take part in popular talk shows.

The only time she would ever make an exception was when a director would personally ask her to do film promotions.

She discussed this issue by saying ‘I was thinking today, ‘Why do I hate being interviewed so much? And I think it may be that I have this constant fear that I’m a fraud and that I’m going to be found out . . . I started working fairly quickly, and I wasn’t ready.’

Something fairly unknown and unexpected about her life was that she was a member of a cult back in the early 80s while she was a young and naïve aspiring Hollywood actress.

She admitted that she got manipulated by a mysterious couple who led her into breatharianism.

This was a cult centered around the idea that people can survive by the mere energy of the Sun, avoiding food and drink altogether.

Young Pfeifer would give everything she earned to these people.

She later talked about it saying ‘‘They were very controlling. I wasn’t living with them, but I was there a lot and they were always telling me I needed to come more.

I had to pay for all the time I was there, so it was financially very draining,’

The ‘00s were a decade of motherhood for Michelle.

The main reason for her disappearance from the silver screen were her two children, Claudia who she adopted in 1993 and John who was born just one year later in her marriage with David E. Kelley.

Pfeifer wanted to keep her kids as sheltered from public life as possible. Once they were all grown up and started living independently, she was ready to return to her beloved acting career.

‘It feels really good, because I don’t feel that guilt anymore…this guilt that you should always be with them.’

In 2017 Pfeiffer returned bigger than ever. She starred in Daren Aronofsky’s controversial film ‘Mother’.

Aronofsky asked Pfeifer why she took a break from acting. She then answered ‘I’ve never lost my love for acting, I’m a more balanced person, honestly, when I’m working.

But I was pretty careful about where I shot, how long I was away, whether or not it worked out with the kids’ schedule. And I got so picky that I was unhireable. And then . . . I don’t know, time just went on . . . I disappeared, yeah.’

The same year Pfeifer also played two other successful films The Wizard of Lies and Murder on the Orient Express.

Michelle Pfeifer continues to take part in films and TV series. Her latest project ‘The First Lady’ is scheduled to premiere on Showtime in 2022.