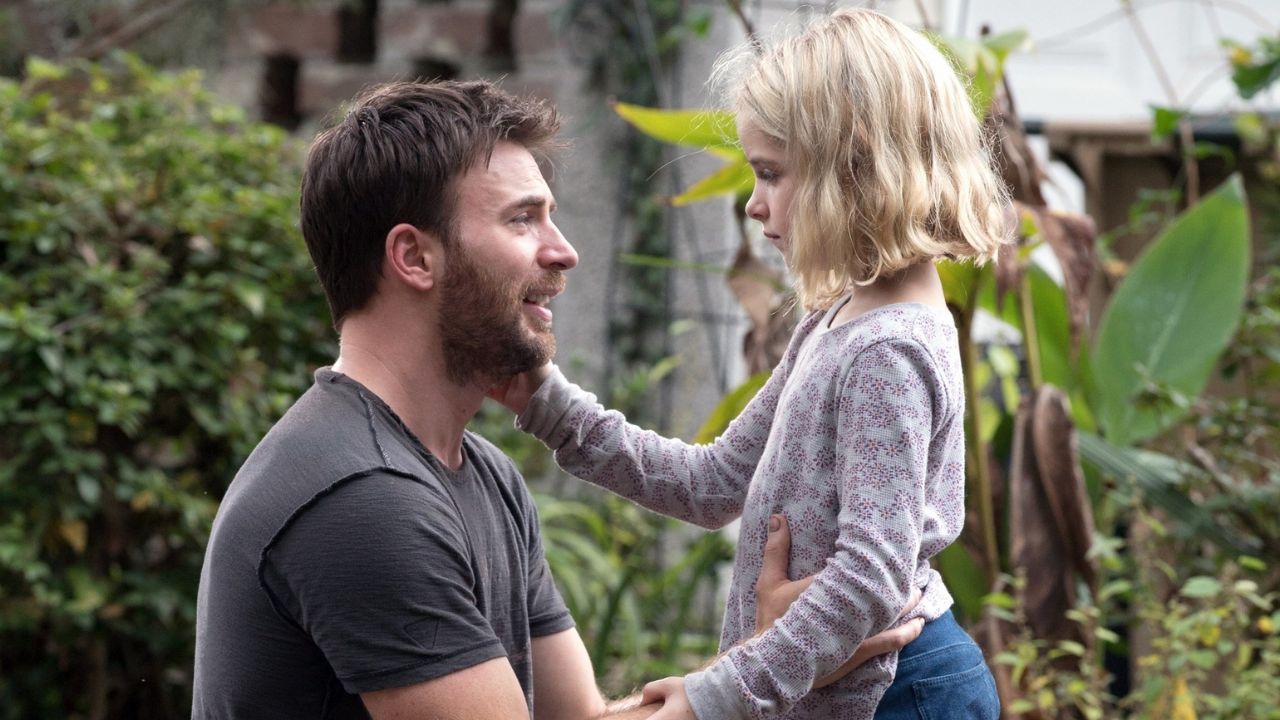 Chris Evans and Mckenna Grace are unrelated, just good friends, but let us look at why people think they may be family.

The two appeared in Gifted with incredible chemistry, which made many feel like she was related to Chris Evans or knew him before they acted together.

Chris Evans and Mckenna Grace Acted Together in Gifted

Before reaching the age of fifteen, Grace received a lot of attention for her performance in the 2017 movie Gifted in which she acted as a math prodigy.

This made critics single her out alongside Lindsay Duncan and Chris Evans for their performance.

She was also nominated at the Critics’ Choice Awards.

Gifted made the young actress famous and developed a sweet friendship between her and Captain America; everyone who watched the film could see their connection.

According to sources next to the cast members, the two had an incredible chemistry that was important in creating a guardian-child interaction.

It was also revealed that the movie was one of Evans’ most undervalued engagements, and despite their huge age difference, the two had a lot of fun working together.

In 2016, Evans revealed in an interview that working with children can be challenging but praised Mckenna for her maturity and composure despite being young.

Before filming, the movie’s producers made the two actors interact for two weeks to familiarize themselves with each other.

This was meant to make them spend time together, and Evans was thrilled by the young actress’s sassiness.

In a later interview, she revealed they were best friends and got along well.

The actress’s personality was instrumental in making the two bond, and sources described their connection as way beyond the uncle-niece relationship since that was the role they played in Gifted.

Evans revealed in 2017 that the actress was talented since he had met lesser professionals who were adults.

Chris Evans and Mckenna Grace Consider Each Other Best Friends

The age difference may have been a problem when it came to identifying their shared interest, but their passion was terrific. Music is one of the things they both love.

While filming, Evans and Mckenna would unwind by singing along to various pop-rock songs.

The actor revealed Mckenna’s father always listened to the Presidents of the United States of America, a well-known band in the 90s.

He said they would sing Peaches’ a lot, one of the young actress’s favorite songs.

The actor also confessed he had to be careful when choosing the songs since they could not listen to all of the band’s songs, as some had phrases that were inappropriate for someone of Mckenna’s age.

Does Chris Evans Have A Girlfriend: Complete Dating History Revealed

Even though he was doing his duty as a grown-up by selecting age-appropriate lyrics, he could not help himself since he would unknowingly utter inappropriate words.

This made them work on a plan together.

Evans revealed they had a swear jar, and every time he said something inappropriate, he would put $5 in it, and if he said the F-word, the amount would increase to $10.

The actor also showed fans that he could tap dance thanks to Mckenna.

She convinced him to show his moves during a joint interview in 2017 on The Ellen DeGeneres Show.

This shows how strong their friendship is, considering that she asked him, like a child, would his guardian to tap dance, and he accepted.

The two have not been seen together since the movie was released, but the actress would accept to work with Evans on another project.

She said that he was fun and would enjoy working with him again.