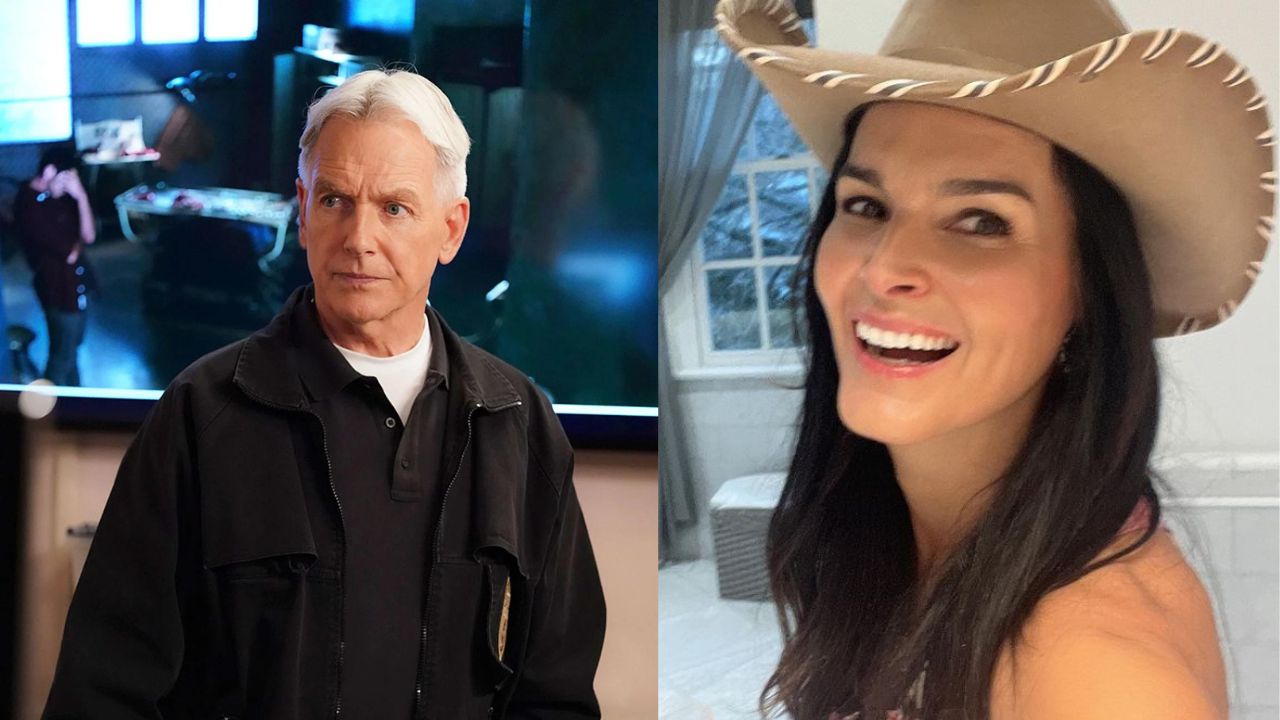 If you can’t fall asleep because of this mystery, I will help you put your insomnia to an end.

So let’s break it down, is Angie Harmon (born August 10, 1972) related to Mark Harmon (born September 2, 1951)? Technically she could be his sister, daughter, niece, cousin, and so on. You were probably thinking exactly the same.

Well sadly, for all the believers and luckily for all the skeptics, Angie Harmon and Mark Harmon are not related. Even though they share the same last name.

Let’s take a deep dive and learn more about the roots of these two famous actors!

Even though these two amazing actors share the same last name, they are not related in any way possible.

Setting aside that these two are both Harmons, they actually even do look alike, especially when they smile. I mean that’s just what I was thinking. Maybe I am actually wrong, and they don’t even look alike, that part is on you to decide.

Therefore, Angie Harmon and Mark Harmon are everything but related, as I mentioned above.

Now to help you understand everything better, I gathered some credible information about their roots and concluded that these two people don’t share a thing when it comes to their family tree.

Angie Harmon has a heritage that includes both Irish and Greek ancestry through her father, Lawrence Paul “Larry” Harmon, a hospital information network executive, and her mother, Daphne Demar Caravageli, who is also of Greek descent.

So the math says that Angie is more Greek than Irish, or American.

Well, I know what you are thinking, was he all of that at once, working all of those jobs in three shifts one after the other? Like, training American football in the morning, then going to the military base to fly around in his F16 a bit, then landing it close to a TV or movie studio and acting in the evening, and over his free weekends he’d be a sports broadcaster… Yeah?

Actually, no… He didn’t do all of these jobs at the same time. So now that we made it clear, let’s get back to Mark Harmon’s mum. She was Elyse Knox, an American actress, model, and fashion designer.

It was much more likely that she had better chances of doing all these jobs at the same type compared to her husband, who simply could not be a military pilot and an NFL player at the same time.

So it’s pretty clear now that Angie Harmon and Mark Harmon had different parents. Which still doesn’t take away any chances that they are related.

What if they had some distant uncle, aunt, a great grandfather twice removed, or maybe there was the same milkman involved somewhere on their family trees?

We thought the same and asked around, but the FBI never replied to our email. Which could mean two different things, we got it right or the complete opposite.

Although these two are definitely not related in any way, they do share an interesting connection.

Angie’s ex-husband, Jason Sehorn is a retired NFL player, and Mark Harmon was also into the sport. He played the position of a starting quarterback for the UCLA Bruins from 1972 to 1973.

Therefore, aside from this football connection, if we can even call it a connection, these two have absolutely zero touchpoints.

So, are they related? The simple answer is no, which you could clearly conclude from the above-given information.

But, if you still have doubts or a rare critical thinking disorder, in that case, the only way to find out, is to figure out a way to get a piece of their hair or saliva or anything that would be useful for DNA comparison.

And if you manage to do that, and prove they are related, get back to us, please!