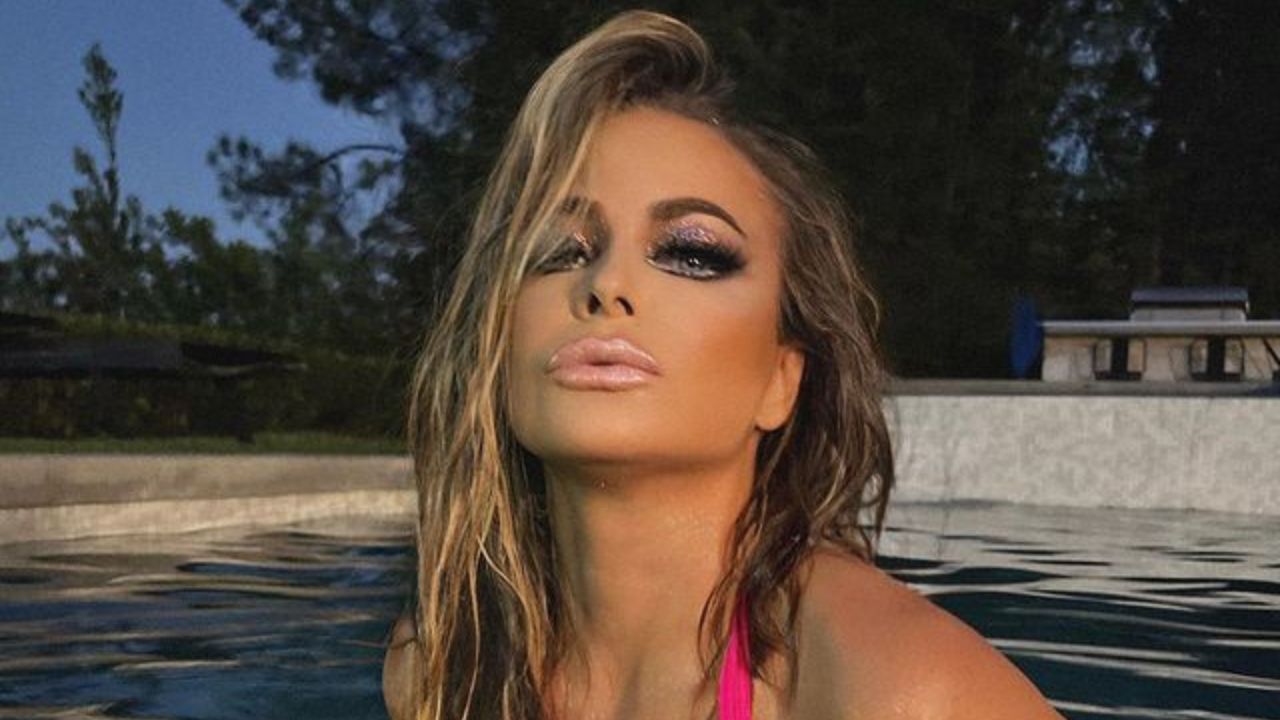 Carmen Electra acted as Lani McKenzie in the 1997 drama series Baywatch, propelling her to fame.

Her role ran for a year and was influential in making her a sex symbol that lasted from the 1990s to the 2000s.

The actress reprised the role in 2003 in Baywatch: Hawaiian Wedding.

Let us look at her activities after she stopped acting as McKenzie.

The pair aired their relationship and marriage in a reality show on MTV called Til Death Do Us Part: Carmen and Dave.

In mid-2006, Navarro and the actress announced their separation.

In 2008, the actress’s representatives revealed she was engaged to Rop Patterson, a member of the hard rock band Filter and nu metal band Otep.

Even though they were engaged for many years, they did not get married.

In 2012, the actress was included as a celebrity bachelorette on the television show The Choice.

READ: Who is Charlize Theron’s Boyfriend?

Electra appeared in Starsky & Hutch in 2004, and the show was a financial success.

Her role in the remake of the 1970s show earned her an MTV Movie Award for Best Kiss.

In the same year, she was a character in the video game ESPN NFL 2K5 and Def Jam: Fight for New York as a celebrity challenger.

In 2005, she starred in the movie Cheaper by the Dozen 2 though it received negative reviews from critics.

It still brought in a lot of money, and the actress’s performance was outstanding, with The Chicago Reader’s Andrea Gronvall stating that her performance was the best when looking at the cast.

In the same year, she acted in House as an injured golfer who was into farming.

Who is Lana Rhoades’ Boyfriend and Baby Daddy? Everything we Know

Carmen Electra’s Other On Screen Engagements

The same year, she lent her voice to Tripping the Rift animated series.

She occasionally worked with The Pussycat Dolls as a guest when they shared the stage with superstars like Debbie Harry and Patti LaBelle on VH1 Divas 2004.

In 2007, she became an author with the release of How to Be Sexy.

Carmen also performed in parody movies like the 2007 film Epic Movie and the 2008 movies Disaster Movie and Meet the Spartans.

She appeared in some video spoofs of Lonelygirl, which advertised Epic Movie.

The actress featured as a guest judge in season eight of So You Think You Can Dance in 2011.

She was alongside fellow guest judge Travis Wall and regular judges Mary Murphy and Nigel Lythgoe.

In 2012, the reality star was made a guest judge in Britain’s Got Talent during the auditions that were held in London.

She was Amanda Holden’s replacement, who was absent due to childbirth complications.

Carmen Electra’s Other Engagements Aside From On Screen Appearances

She acted as the professional wrestling promotion’s commissioner.

She also appeared in various advertisements for Taco Bell in the same year.

In 2006, she was the spokesmodel for Ritz Camera Centers, featuring in their print and television advertisements with the CEO David Ritz.

In 2019, a strip club known as The Golden Banana, situated in Peabody, Massachusetts, used the actress’s image on social media without her permission.

This resulted in her and other celebrities whose images were used without their knowledge to establish a court case against the club.

In 2020, Carmen was featured in the sports documentary miniseries The Last Dance.

She talked about her relationship with superstar athlete Dennis Rodman.

In 2022, she started an OnlyFans account and revealed that she had the chance to be her boss and have her creative vision to share with her fans without someone preventing her.

“I, for once, have this opportunity to be my own boss and have my own creative vision to share with my fans without someone standing over me, telling me, ‘Don’t do this, don’t do that. Cover up this.’ ” she said.

While she seemed to be excited about her newest social media profile, some fans have been disappointed.

“I sent her a message awhile back mentioning how cool it was that we’re both from Cincinnati and included a little poem I wrote her. The only response was ‘mm sounds so hot :)’ Which is the sort of response I’d expect from a bot reciting a script, not a real human being. At 5 dollars for a single message, that’s completely unacceptable.” – u/onthethrashold said.

“Her OnlyFans seems extremely disappointing so far. I noticed that her latest tip menu still hasn’t been filled in 2 days–and tipping at the lowest level would only require 200 people to reach the goal. I don’t think she’s getting the sort of reception she hoped for.” – another added.

“Even her VIP page is getting low likes and some people who brought that are not happy due to broken promises. { some brought this up in the comments section and she did not even address this issue.}” – Important-Beyond-727 commented.

But these people are probably just a small sample as of November 2022, she amassed over 160k likes on her pictures so I’m sure she is doing pretty well on the platform. Not to mention that she charge $30 per each image purchased and $5 per sent message.