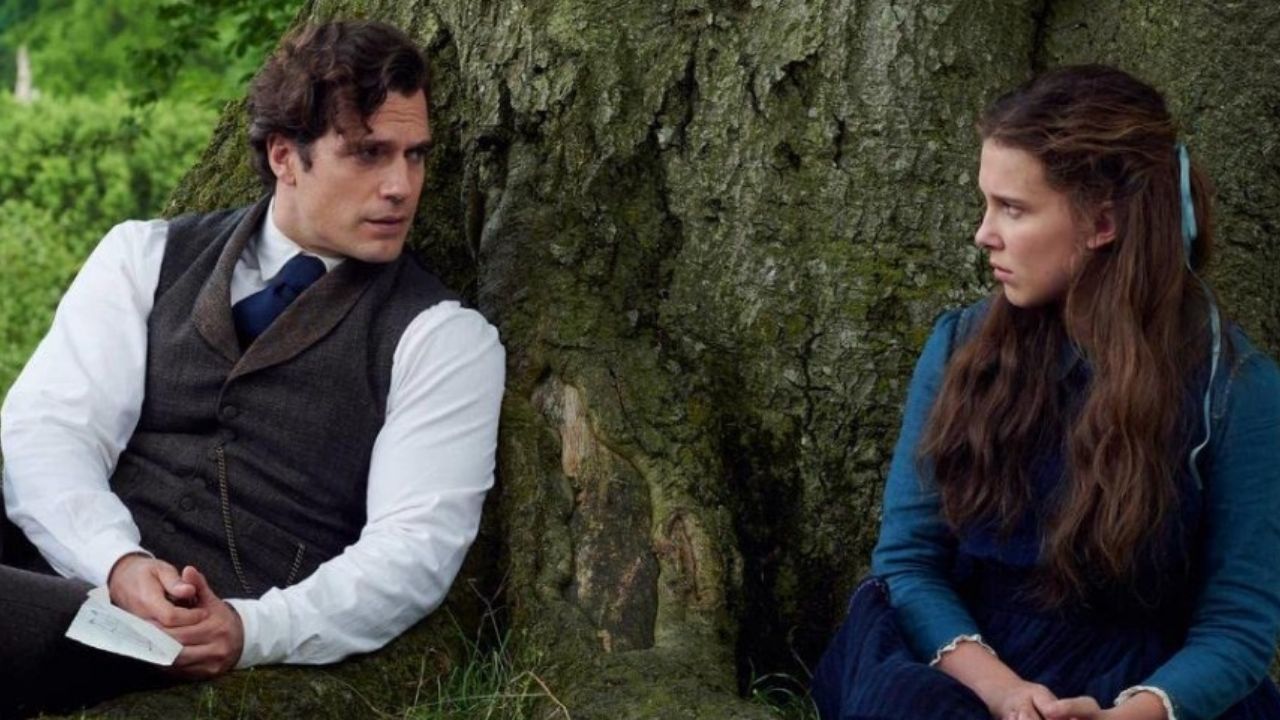 Millie Bobby Brown and Henry Cavill reprise their roles as Holmes siblings to solve a new mystery in ‘Enola Holmes 2’. Their appearance in ‘Enola Holmes 1’ was showcased on Netflix in 2020 and caused a lot of controversies.

No one would have thought that the movie would cause controversy due to its friendly perception of Holme’s world, as shown in the book by Nancy Springer, but this was not the case. All this was caused by Sherlock being emotional.

The movie was at the center of a court case in which the complainant, the estate of Sir Arthur Conan Doyle, sued for trademark and copyright infringement through its representatives.

The suit filed by the estate was against the production company, Legendary Pictures, Netflix, Penguin Random House, and Nancy Springer.

It was to be originally released by Warner Bros. Pictures, but its distribution rights were taken by Netflix. This was due to the COVID-19.

It was officially released in September 2020. It received an outstanding reception and became one of the most-watched movies, with more than 76 million homes watching it within the first month of its release.

Representatives of the author, Doyle’s estate, stated that even though most of his tales are in the public domain, the last few chapters on the character, created between 1923 and 1927, are private, and this includes the details on his emotions that are included in Springer’s version.

According to reliable sources, the estate wanted a court case involving a jury, relief from further violation of trademarks and copyrights, and damages.

The accused parties did not immediately respond, even though it seems that this did not affect the movie’s release since it was officially launched in 2020. The case was filed in a court in New Mexico.

In World War I Conan Doyle lost his eldest son, Arthur Alleyne Kingsley. Four months later he lost his brother, Brigadier-general Innes Doyle. After the stories that are now in the public domain, and before the Copyrighted Stories, the Great War happened,”

They continued, “When Conan Doyle came back to Holmes in the Copyrighted Stories between 1923 and 1927, it was no longer enough that the Holmes character was the most brilliant rational and analytical mind. Holmes needed to be human. The character needed to develop human connection and empathy.”

The basic concept is that in the movie adaptation and the book series, Sherlock is seen to react to her sister with “kindness,” thus it probably violates on the estate’s copyrighted version.

The issue is if Sherlock’s emotions can be copyrighted and if his portrayal in the movie is derivative.

The Defendant’s Response to the Accusations

This was not the first time that Doyle’s estate had sued over the portrayal of Holmes in a case filed against Miramax in which Sir Ian McKellen starred as a retired Holmes reminiscing his life.

The case also alleged that the film violated copyrights as it copied elements from the final chapters, like him falling in love with nature and his personal warmth. The lawsuit was settled to the satisfaction of the entities involved.

The defendants responded that personality traits, feelings, and emotions could not be protected.

They stated, “Even if the Emotion Trait and Respect Trait were original to copyright-protected works, which they are not, they are unprotectable ideas.

Copyright law does not allow the ownership of generic concepts like warmth, kindness, empathy, or respect, even as expressed by a public domain character – which, of course, belongs to the public, not the plaintiff.”

The case was dismissed due to all parties indicating a prejudice by stipulation.

This meant that the case may have been settled, even though it is hard to tell. Aaron Moss stated, “Sherlock Holmes might be able to figure it out, unless he’s too busy deciding where to go on vacation once the last of his stories enters the public domain [in the US] in two years.”