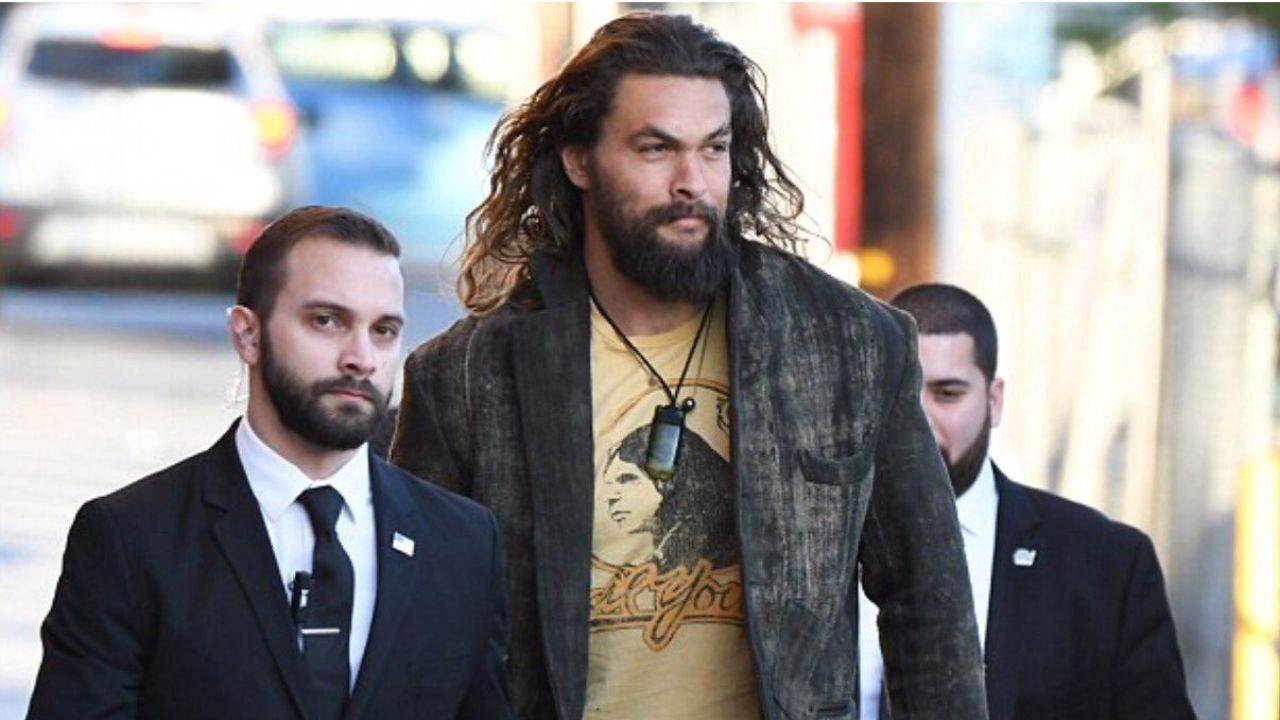 It’s nothing new that many Hollywood celebrities have their own bodyguards that follow them in public. However, there are also those actors that look like they could be bodyguards themselves and don’t need to hire any.

Jason Momoa is a classic example of this.

A few years ago, a picture of Jason and two people resembling bodyguards made its way onto the internet.

It was instantly turned into a meme bigger than Ernest Khalimov’s meme, with many fans laughing at the fact that Jason seemed to be twice the size of his two supposed bodyguards.

The meme went viral after a Twitter account Cinesnark posted the image of Jason and the two men with the caption “What even is the point of Jason Momoa’s Bodyguards?”

“They look like snacks he brought for the plane…..o.o” – another user said. “Jason Momoa guarding his bodyguards” – someone replied.

However, as it often happens with memes, people started wondering if those two men were legit working as bodyguards for Jason. So, does Aquaman have bodyguards or not?

In an interview he did in 2018 while talking with Heatworld on YouTube, Jason was asked whether or not the bodyguard rumors were true. “Nope, I don’t have any bodyguards,” this was his answer, short and simple.

He also explained that the two men next to him in the meme were actually just the security staff that has to follow celebrities on certain occasions.

In short, Momoa doesn’t have any bodyguards which means that the photo was entirely memefied. Once the interesting picture found its way onto the internet, reporters knew exactly what to do with it to gain views.

While Momoa doesn’t have any bodyguards following him around, if by any chance he decides to quit acting, we are sure there are many companies that would hire him as one.

Why is that? Well, if you have ever seen the guy, it’s pretty self-evident. Momoa is one huge guy with a fantastic build.

He talked about his body and how he maintains it in a meeting with Men’s Health in November 2020. He neglected the rumor that he used steroids or anything similar and explained that he maintains his fitness through a healthy diet and a daily workout routine.