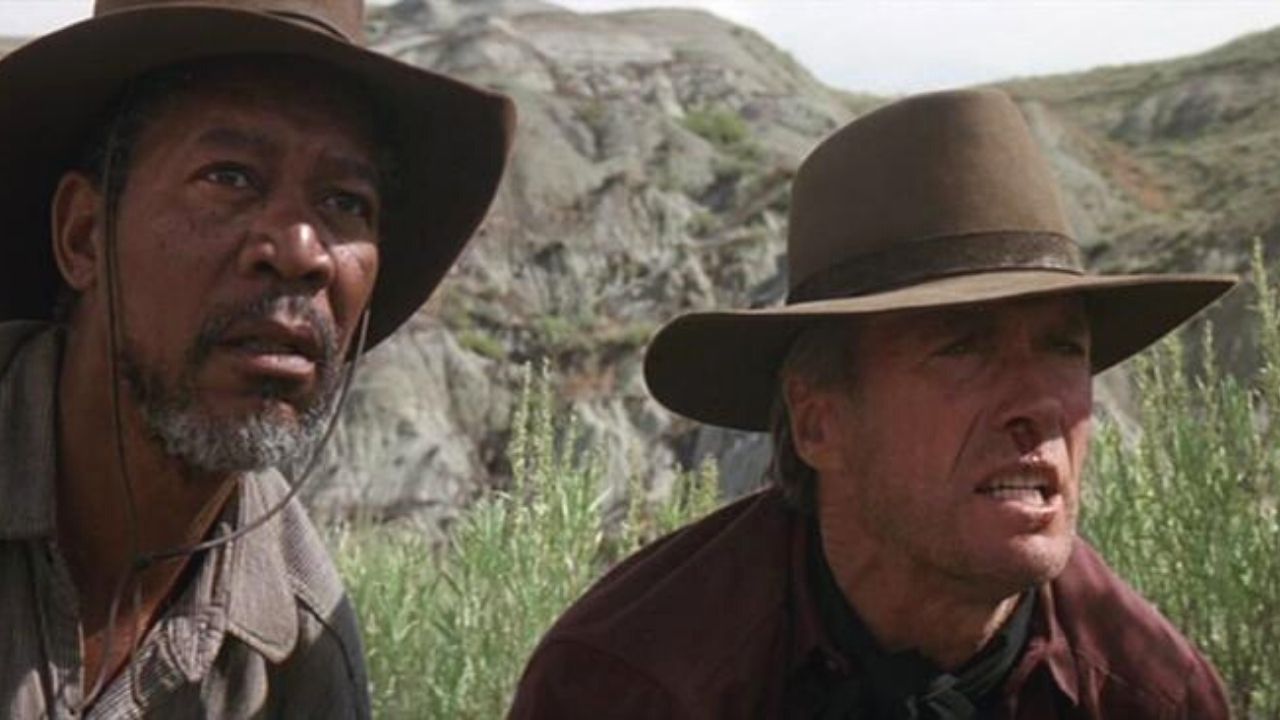 If you ever thought a friendship between Miss Daisy’s chauffeur and a rebellious cowboy seemed unlikely, think again.

Of course, we are talking about the two A-list actors, Morgan Freeman and Clint Eastwood. These two don’t have many similarities movie-wise, but when has that ever stopped a good friendship from sparking up?

Morgan Freeman is an American actor who is perhaps most recognizable by his fascinating voice.

The narrator of many movies with a great subtle humor, emotional depth, and overall versatility, Morgan Freeman has become one of the most iconic actors ever to perform in Hollywood.

His long career has included some of the most memorable movie and TV show performances. Freeman is also one of the few black actors who have constantly landed roles that weren’t originally made for African Americans.

On the other hand, we have a man mostly known for his antihero cowboy portrayals.

Clint Eastwood is an American motion-picture actor who became immensely popular in the 1960s through his blockbuster spaghetti western movies. He later went on to become a highly successful and respected director-producer.

“The Man with No Name”, a movie about a fearless, brutal, and stoic gunfighter is the project responsible for Clint’s success in Hollywood.

After that, he starred in the next round of Italian westerns (known as “spaghetti” westerns) directed by the famous Sergio Leone. These movies include “A Fistful of Dollars”, “For a Few Dollars More”, and “The Good, The Bad, and The Ugly”.

RECOMMENDED: Clint Eastwood and John Wayne never worked together because Wayne hated Eastwood’s much darker takes on the old west

These movies aired somewhere in 1967 and were an immediate success in the United States. With the huge commercial success they achieved, Eastwood became an international box-office superstar.

Okay, we already know just how famous these two guys are. But how did they meet? Are they friends off-screen?

Shortly, yes. These two are very good friends behind the cameras. Morgan and Clint met in the early 90s when they were working together on Unforgiven, a movie directed by Eastwood himself.

Eastwood enjoyed Freeman’s acting so much that he decided to team up with him again a few years later for “Million Dollar Baby” and “Invictus”, both movies again directed by Eastwood.

In an interview, Freeman told the reporters “Clint is probably one of my favorite Western actors of all time, he is a natural cowboy.” He also mentioned how much he loves Clint’s directing style by saying, “Hey, if you have the luck of being chosen for a role in his movie, you can consider yourself a great actor.” “Clint doesn’t occupy himself much with what the idea of the scene is, he just does it,” Morgan added.

The respect between the two is mutual since Eastwood wasn’t short on kind words for his colleague. In an award ceremony some time ago, Clint Eastwood stoop up in public, took the microphone, and said, “Morgan Freeman is the best f*cking actor in the world”.

There was some speculation that the two actors have gotten into a feud during the 2012 presidential elections. They were fierce opponents on social media, both promoting their favorite candidate.

Clint Eastwood talked about how Mitt Romney deserved a chance for the presidency, while Freeman was a strong Obama supporter.

However, even though they have differences regarding politics, the two have later neglected the feud claims.

You know how they say, politics should never be discussed with friends, family, or at work.