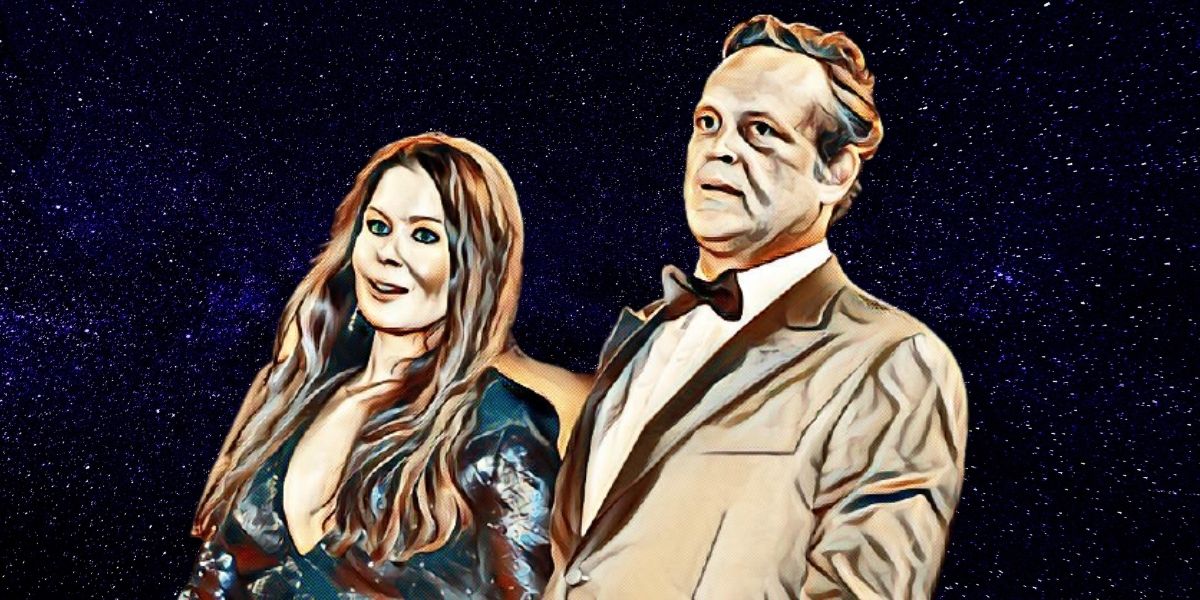 Vince Vaughn and Kyla Weber’s union was a surprise since the latter isn’t a celebrity.

In fact, the chances are that you’ve never heard of Kyla before her nuptials with Vince Vaughn.

This is despite her celebrity status in Alberta, where she runs a successful realty business.

It is no doubt that Vaughn brought her into the limelight, given he is one of Hollywood’s elite actors.

The actor famously declared that Kyla took his breath away, and he gave up bachelorhood for her. But where did it all begin?

How Did Vince Vaughn and Kyla Weber Meet?

Vince Vaugh and Kylka Weber met at a wedding after they had been introduced by Vince’s friend.

For them, it was love at first sight. Four months after steady dating, Vince flew Weber to meet his parents and they fell in love with her too.

Vince had caught the attention of the media when he was dating Jennifer Anniston in 2005. However, their relationship ended in 2006, and Vince began dating Kyla.

After meeting Vince’s parents just four months into the relationship, the paparazzi constantly hounded Kyla for details of her relationship with Vince.

She immediately gained fame with every moment she was seen with Vaughn.

In just a matter of time, she was already a celebrity.

However, the media frenzy around their relationship prompted them to take their vows in a private ceremony.

News of their wedding came out in 2010, and the media continued following them everywhere.

Vince’s Concerns about the Relationship

Vince has openly lamented about the impact of paparazzi and the media on relationships.

He was particularly unimpressed at how things turned out with Jennifer Aniston.

The talented actor also revealed that he had issues with the long-distance relationship he had with Weber.

In the interview, he said that filming work took him around the globe, while his love was also committed to her career in Calgary.

However, the risk was worth it eventually when he proposed to her with a romantic gesture on Valentine’s day.

Asides from his career, Vaughn is a great dad who loves to spend time with his two children.

In an interview with Fatherly, Vaughn said, “I really love my kids. I like them as people. I enjoy my time with them and have a lot of fun.”

Who Is Kyla Weber?

While most of her fame derives from her relationship with famous actor Vince Vaughn, there’s no denying that she has made a name for herself with her business.

Indeed, she has made a lot of fortune buying and selling property in Alberta.

When Kyla and Vince’s relationship surfaced into mainstream media, they became the talk of the town.

Her pictures with Vince on red carpet events triggered a lot of debate and cemented her position as a celebrity.

Still, the real estate magnate prefers to stay out of the limelight, raising her children with her husband in Canada.

Kyla’s early life mostly remains a secret. However, some details have been emerging in recent times.

Apparently, Kyla was a bright student, with an aptitude for business while in college. After graduation, she worked with Coco Homes, a real estate company in Calgary.

Since then, the successful entrepreneur has gone on to conquer her financial goals in quick succession.

Kyla was born in Okotoks, native Canada in 1979. Her father is Ken Weber and her mother’s name is unknown to the media.

She married Vince Vaughn in 2010 in a three-day private event that began at Vince’s home.

Kyla and Vince have two children a daughter and a son born in 2010 and 2013 consecutively.

Vince Vaughn and Kyla Weber’s relationship has sailed on despite the immense doubt. They are surely among the most interesting Hollywood couple of the century!