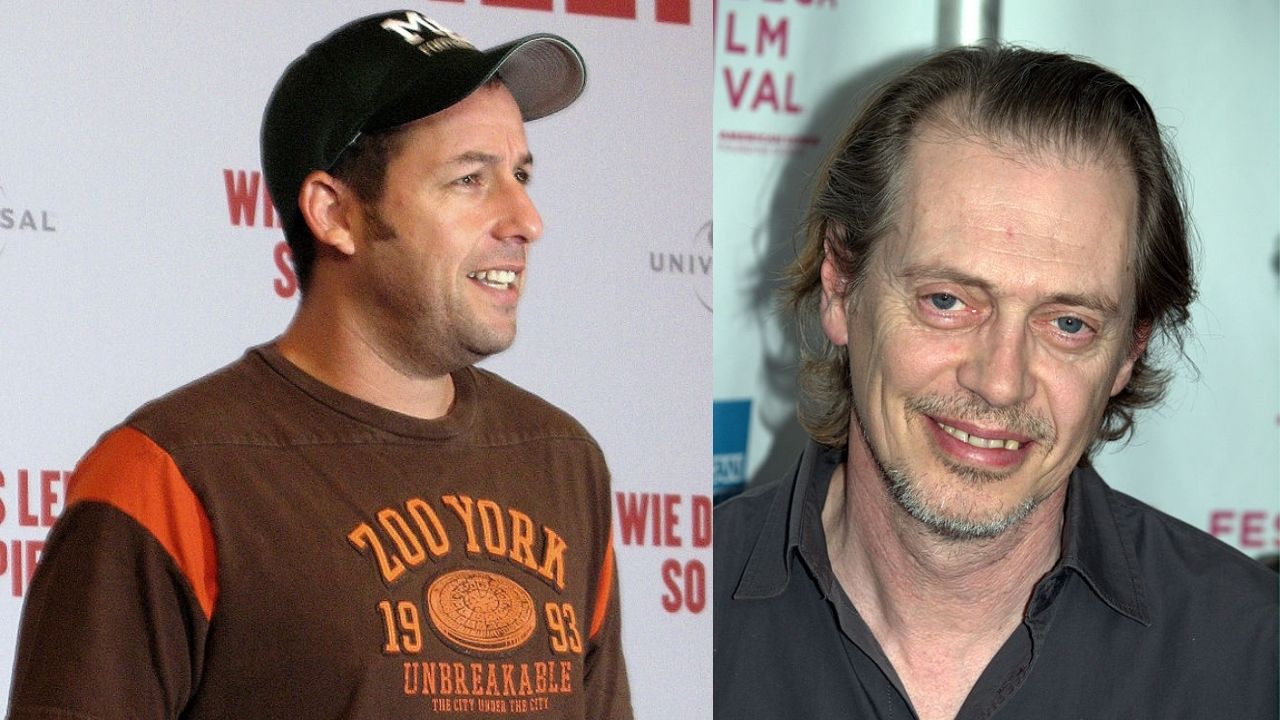 While we do enjoy reading about juicy Hollywood dramas, a friendship among famous actors can be just as interesting. Sometimes, these friendships go way back to high school, while other spark up while the actors are working on the same project.

The unorthodox friendship we are reviewing today is that of Adam Sandler and Steve Buscemi. While these two are completely different types of actors, they have worked together on a surprising amount of projects and remain good friends to this day.

Adam Sandler is an American actor and one of the most famous comedians in Hollywood. He is known for his roles in “Punch-Drunk Love”, “The Wedding Singer”, and “Happy Gilmore”. Adam made a name for himself by portraying infantile but nevertheless lovable characters.

Sandler is very versatile since acting isn’t his only talent. He is also a film producer, musician, and screenwriter. His feature films have reached enormous success but he didn’t stop there – he decided to release six comedy albums as well, two of them being double-platinum.

On the other hand, Steve Buscemi is an actor known for everything but comedies. While he did begin his career starring in short comedy series, his “maiden” role was as Mr. Pink in one of Tarantino’s most famous movies – “Reservoir Dogs”.

It was after this role that he started landing gig after gig and raised his profile immensely in Hollywood. Before we knew it, Buscemi was everywhere. His thin face, pale skin, swelling eyes, and overall unique look enabled him to play the sleazy and bit crazy characters to perfection. Some of his most prominent roles include “Fargo”, “The Big Lebowski”, “The Sopranos”, and perhaps his most famous role – the leading gangster Nucky Thompson in “The Boardwalk Empire”.

Adam Sandler is known for having his close circle of friends star in almost every movie he makes. He is a guy that makes sure his friends “don’t go hungry”. While we are sure that Steve doesn’t need help getting extra gigs, he frequently mentions how he enjoys starring in Sandler’s movies. So far, Steve has starred in 16 Adam Sandler movies.

So how did this unlikely friendship spark? Where did these two meet?

The first time the actors got to know each other was in 1994 while they were working on “Airheads” together. The movie revolved around these two and a third band member. The trio held people hostage after a DJ at a party refused to play their demo tape.

The two actors became really close working on the project which resulted in a long-lasting collaboration in the following years. “After Airheads, me and Adam just hit it off,” said Buscemi.

And hit it off they did. Buscemi starred in some of Sandler’s golden-era movies like “Billy Madison”, “The Wedding Singer”, “Big Daddy”, and “Mr Deeds”. Their most recent collaboration is the movie “The Cobbler”.

Steve Buscemi actually did a Reddit AMA in 2015 and a user asked him what his favourite Sandler movie was. His answer was Billy Madison in which he played a nerd that Sandler’s character bullied in high school.