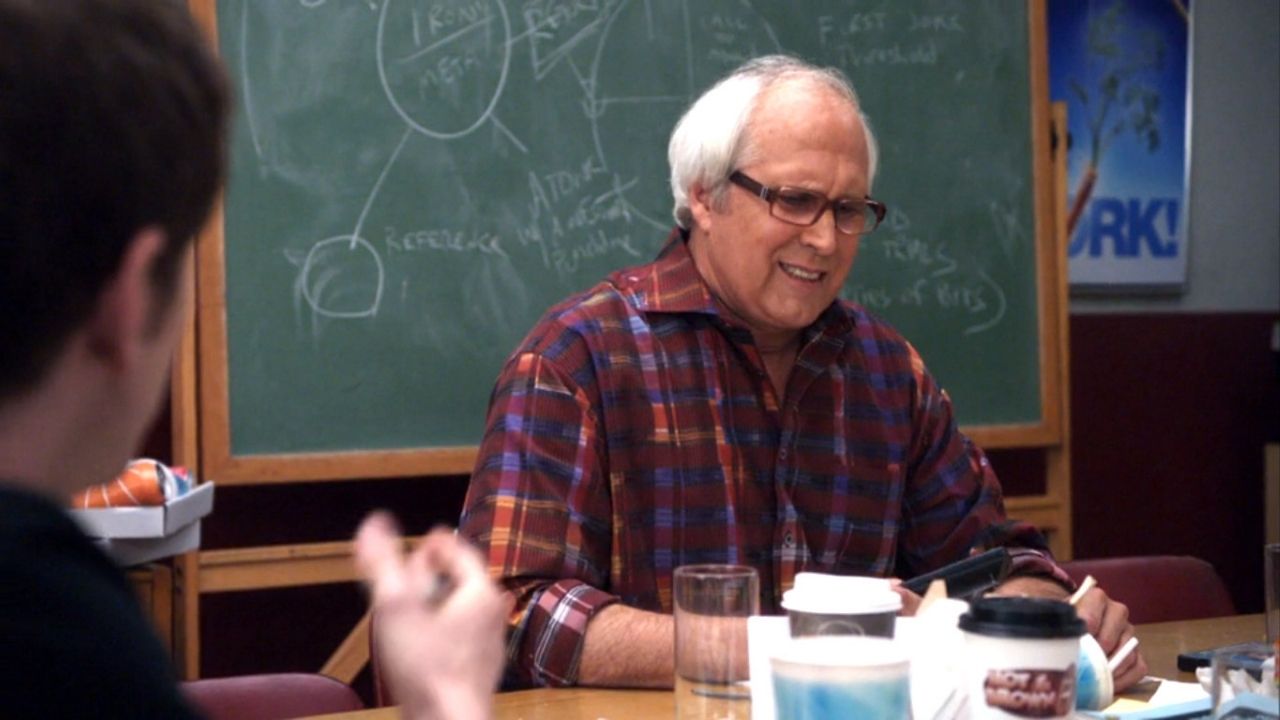 Chevy Chase surprisingly stopped appearing on Community towards the final episodes of season four, and his departure was due to irredeemable reasons.

The legendary actor performed as Pierce Hawthorne since the first episode in 2009.

Hawthorne was a student at the Greendale Community College, and it was later revealed he was a bored billionaire who spent his years enrolling in different classes.

The actor only lasted for three and a half seasons on the show created by Dan Harmon.

Before joining Community, Chase was famous for his time as a host on Saturday Night Live and as an actor who performed in movies like the National Lampoon Vacation, where he acted as Clark Griswold.

The superstar did not plan on returning to television for a major role, but Harmon, using his creative mindset, convinced him.

His character was one of the study group’s members, which consisted of those who attended the Community.

Hawthorne’s antiquated opinions and offensive statements meant he was not a favorite among the group members, but despite this, they embraced him as one of them.

READ: How Many Times Has Chevy Chase Been Married?

Trouble started when the star was filming the episode Advanced Documentary Filmmaking.

He was frustrated with his character’s role and used a racial slur in one of his angry rants.

The insensitive language did not sit well with some of the cast members and crew, and he ended up leaving the show.

After an agreement with NBC, Chase officially stopped working in the show towards the end of season four.

Part of the exit agreement was he was to return and film a few scenes in the fourth season, but Hawthorne appeared for two more episodes.

They were produced hastily, but he acted in his last appearance on Community in the final episode.

The actor was notorious for leaving the set early before the crew completed filming, which affected his relationship with Harmon.

While they were filming the third season, before Harmon left, the actor refused to film an important scene in the episode Digital Estate Planning.

The episode changed the cast into 8-bit video game characters.

A touching scene was supposed to be included whereby Abed and Pierce, but the actor refused to film the scene, saying it was boring, and walked away.

It was the final day of filming and the scenes being edited; this was the opportunity to create the segment.

Harmon was angry about removing the scene and the actor’s reaction at the time.

According to reliable sources, Harmon then gave a speech in which he called out the actor during the show’s ending party, which angered Chase.

It resulted in Chase leaving Harmon a voicemail which he played to a live audience as he taped for the comedy event.

The audio was later leaked online.

While Harmon was let go from the show after the third season, the tension between them continued for years, particularly when he gained control of the series.

The actor made a guest appearance in the fifth season’s premiere, and his character was killed off to give him a proper exit.

After leaving, Chase revealed to The Huffington Post UK that joining the series was a mistake though he considered it also funny,

It is unclear where the actor stands on how his former colleagues perceive him since he has never appeared for the special reunions nor received recognition from the Community family, so there is a chance there is no love lost between the two parties.

It was also confirmed that Chase made racist comments, and even though many would like to see a movie named Community, it is doubtful Chase will be one of the cast members.

When asked, Chase’s response about the situation was, “I guess you’d have to ask them.

And I’ve thought about that a lot.

And I don’t know what to tell you, man.