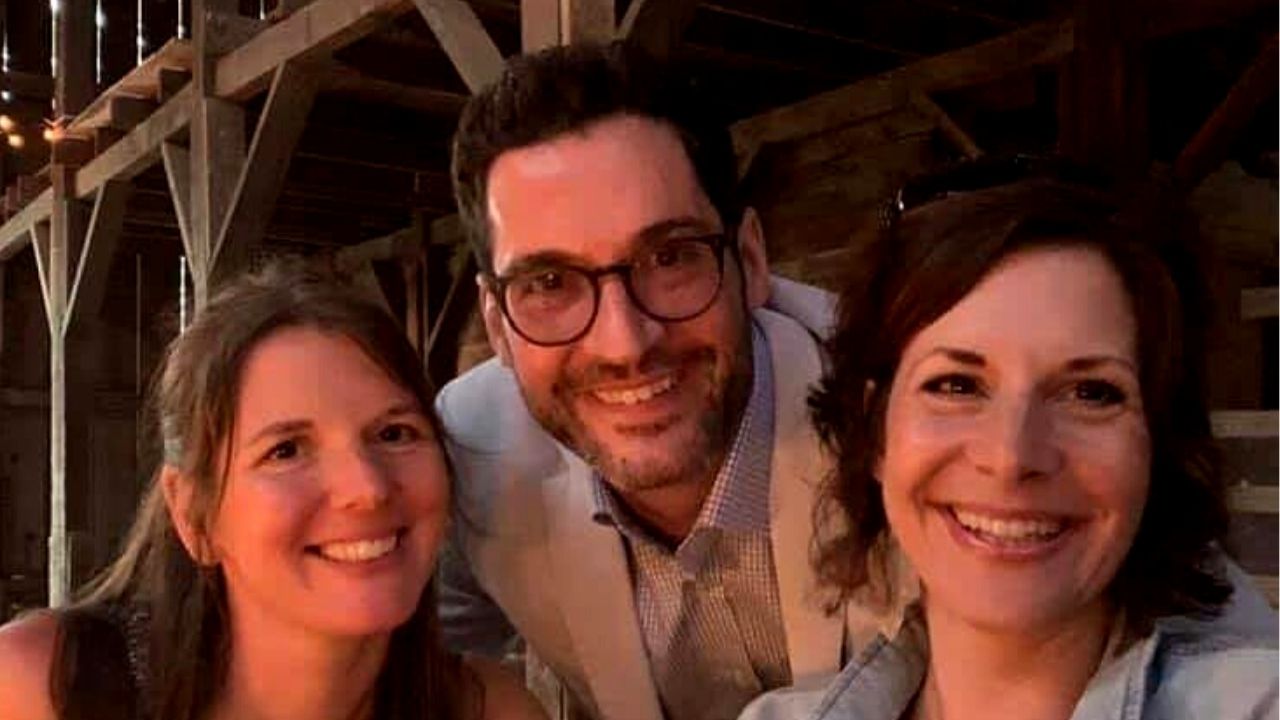 After the groundbreaking and chart-topping Netflix series Lucifer, Tom Ellis’s popularity skyrocketed and he began gaining more and more attention from the public eye.

But there are things about Tom Ellis that not so many people know, especially the fact that he is coming from a family of Baptist ministers, one that is very traditional and religious.

He grew up surrounded by women, as being the only son of 4 children. Tom has 3 siblings, one of which is his twin sister – Lucy Ellis Hawkins.

RECOMMENDED: Lucifer Star Tom Ellis Reveals How He Got Ripped For His Role In Season 4

Her name certainly got our attention as Lucifers’s nickname in the show was exactly the same.

They are identical twins and judging by photos on their social media, are also very close and supportive of each other.

Who is Lucy Ellis Hawkins?

One thing we know for sure – she is very private. Judging by her social media, specifically Instagram with only 190 posts and slighlty over 1600 followers, we can only conclude she doesn’t like fame and exposing her private life.

She avoids her brother’s popularity and money, even though she is completely supportive of his career and life choices.

Lucy Ellis Hawkins is married to Christopher Hawkins and they have a happy and healthy marriage.

Lucy’s husband is a pianist and a composer. Even though they are particularly avoiding a public eye, we can only assume they are having a great relationship as they both have an affinity towards music.

The famous twin has a really great connection with his brother-in-law and he often supports his work publicly on social media.

We still don’t know if the Ellis-Hawkins couple has any children, even though there were rumors regarding a photo on Tom’s Instagram with a grandad holding his newborn granddaughter Eve, without specifying who Eve’s parents are.

Besides the two twins, there are also two other siblings – Naomi and Anwen. Naomi works at Sheffield’s neurological hospital, her mission is to improve people’s lives and she works tirelessly on that goal.

Anwen is a mother of three and married to Andy Stone. She followed her father’s footsteps of becoming a Baptist minister herself.

All of them still live in Sheffield, Tom’s native city, helping the community through various activities.

Ellis’s family is still very supportive of each other, and by Tom’s words they always got each other’s back.

He is always eager to express his devotion and love to all of them, despite his busy schedule, shooting and taking care of his own family in Los Angeles.