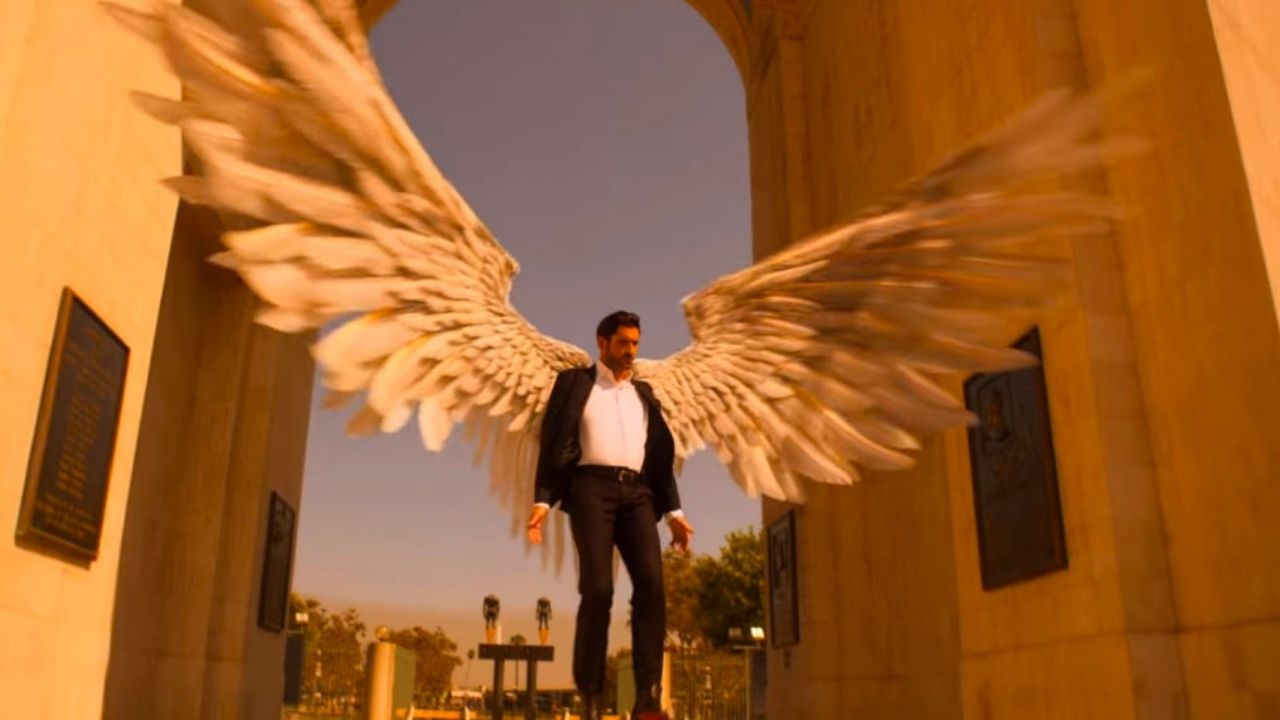 Lucifer Morningstar from the popular Netflix show “Lucifer”, portrayed by Tom Ellis, is one of the hottest main male characters in the 21st century (in my humble opinion).

Just a quick spoiler alert: This article will discuss plenty of important scenes from all the six seasons of Lucifer, so if you hate spoilers, please skip!

Most of us know that Lucifer is one of the many names used for the Satan/Devil, which is also true when it comes to Lucifer Morningstar from the drama series with the same title.

The show has 6 seasons in total, which aired from 2016 to 2021, and it revolves around Lucifer, the fallen angel, his angel brother Amenadiel, and several other fantasy creatures.

Other than the fantasy elements, this show also contains a lot of crimes, which are solved by Lucifer and detective Chloe.

Now that we’ve established that Lucifer Morningstar is a fallen angel, we can all agree an angel’s wings are a very important part, so it’s not surprising that Lucifer’s wings play a role in several episodes throughout the show.

Why did Lucifer lose his wings?

In the beginning of the story, Morningstar decides to quit his role as Devil and defy his father, God, by going to Earth.

However, even after his fall, Lucifer retains his wings, and since he wanted to cut off all the connections with his father, Lucifer decides to cut his wings off.

Let’s get this straight – yes, he could’ve just hidden his wings, but as he came to Earth, Lucifer wanted full control over his life, unlike his past where his father controlled everything.

Lucifer made Mazikeen, one of the most loyal lieutenants from his Devilish past, cut his wings off, and kept them in a secret container which was later stolen.

Upon retrieving his stolen cut-off wings, Morningstar burns the wings.

When does Lucifer get his wings back?

In the final episode of the second season, Lucifer woke up in a desert with his wings restored, after being knocked out by someone/something.

In the first episode of season 3 called “They’re Back, Aren’t They?”, Lucifer and Chloe try to do their own investigation as to why he woke up with his wings after cutting them off completely.

Amenadiel, his angel brother, tried to convince him this is their father’s deed of forgiveness towards Lucifer, but he discards this idea.

After a thorough investigation, the police made an attempt to catch the man who kidnapped Lucifer and managed to find out that his kidnapping was orchestrated by the Sinnerman.

Even though he wanted to get rid of them, Lucifer’s restored wings grow very important to him, and they even save his and Chloe’s life on many occasions.

For example, in the finale of season 3, the men under the control of Marcus Pierce start shooting at Chloe, and Lucifer spreads his wings, successfully saving her and his life.

Lucifer’s wings also change their appearance as he goes through emotional stages, being celestial and angelic when he’s with Chloe, and going very dark and demonic after he started dating Eve again.

They become angelic once again as Lucifer and Chloe admit their feelings to each other!