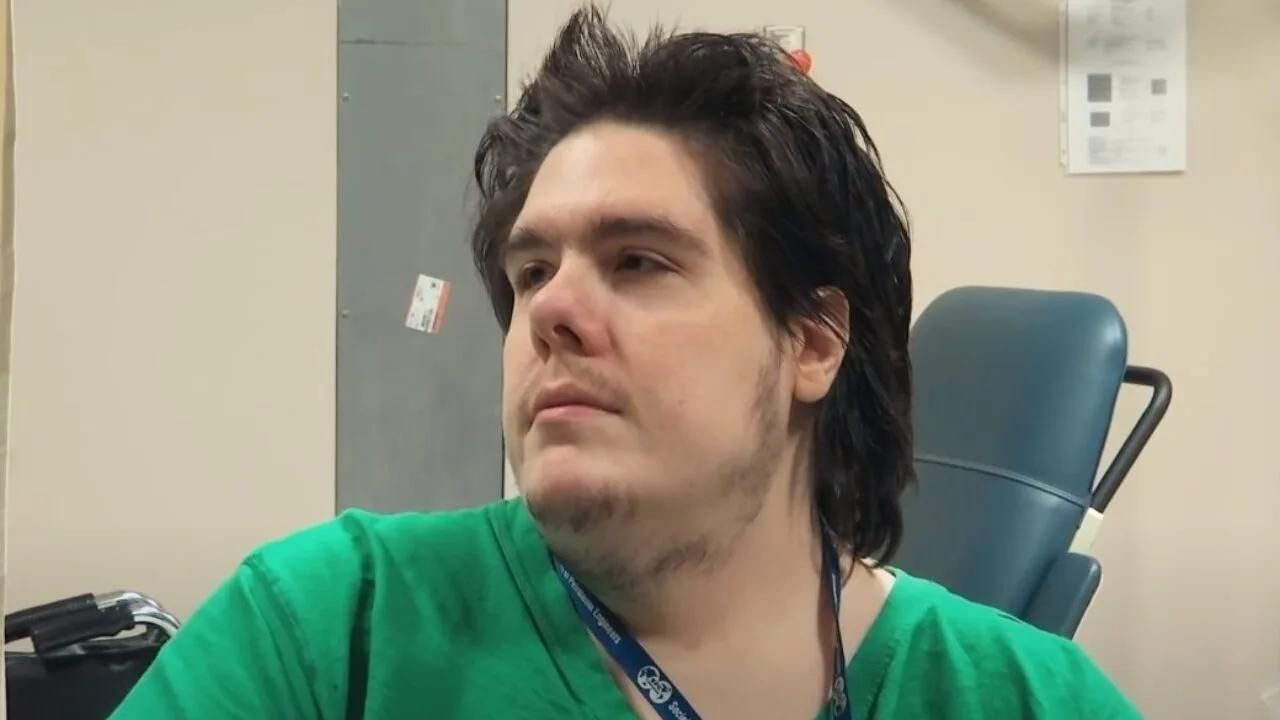 Steven Assanti was first introduced to the limelight when he was featured in the TLC show 600 lbs alongside his brother Justin Assanti in season five in 2017.

Steven’s weight had increased to 734 lbs, whereas Justin weighed 600 lbs at the time.

Like other people who were previously featured on the show, the brothers wanted to change their lifestyle and lose weight.

Under the services of a famous Iranian-American surgeon, Younan Nowzardan, the Assanti brothers were put on a strict exercise plan and diet routine.

This was to help them get approval to undergo weight-loss surgery.

There are patients whose journey would end up with consequences for some time, but many were successful in their dedication.

Steven Assanti Elicited A Lot of Negative Reaction From The Audience

Steven got a lot of hate from fans due to his actions. He constantly failed to follow the diet plan.

There was an occasion Dr. Nowzardan threatened to call law enforcement since Steven was misbehaving with the staff and acting up.

Many debated whether to have him scrapped off the show since he seemed mentally challenged and needed the appropriate treatment.

The doctor was compelled to recommend him to a rehabilitation facility for a while when he was done with sleeve surgery.

The good thing is he lost a substantial amount of weight.

Even though their father went to great lengths to help them, Justin was less tolerant of his brother’s actions.

In one of the show’s tense moments, the reality star admitted that he could not stand to be around Steven after many years of abuse.

It appeared the situation went on for a long time since, in 2018, Justin wrote that his brother was always messed up in the head, and the older he got, the worse he became.

He recalled his brother was like that even before his mother left him.

The siblings appeared in later follow-ups on the sister series Where Are They Now?, with the fifth part titled Steven and Justin Assanti The Final Chapter aired in May 2020.

The episode tales fans through the siblings’ father’s attempt to reunite Steven and Justing by scheduling their doctor’s appointment at the same time, yet it turned out to be effortless.

The pair’s issues were evident, and they happily returned to their separate lives.

Steven Assanti, Now? Is He Married?

As shown in Where Are They Now? the reality star did get weight loss surgery though as anticipated, it was not easy due to the tantrums, cheat meals, and painkiller addiction.

There were gains since he had reduced from 700 lbs, as stated in the May 2020 episode, to 518 lbs though some estimated his actual weight was higher.

Regarding his personal life, in 2018, Steven tied the knot with massage therapist Stephanie Sanger.

She accepted an interview offer with Starcasm, but the interviewer discovered Steven was the one providing all the answers at the end of their chat messages.

Steven, while replying as Stephanie stated she/he had been trying to get to know him since the moment he saw him on television, he thought he was beautiful and felt they were soulmates.

He felt the urge to look for him.

She also took his last name and is known as Stephanie Assanti on Facebook.

Her status is labeled Married, with her profile URL stating stephanie.stevenmylove.

Her last post, which included a profile picture of the couple, was in March 2019 though this was later changed to a photo of herself.

The reality star is not so much into social media, so even though it was claimed that he was the one to start most of the arguments in their marriage on Steven and Justin Assanti The Final Chapter, it is hard to know how his life is fairing.

It was also revealed that he lost more than 200 lbs and even started a business.

Steven’s current weight has not been made public, but from the latest pictures with Stephanie, he seems on the right path and the Assanti brothers seem healthier.

READ MORE: Who is Amy Slaton?