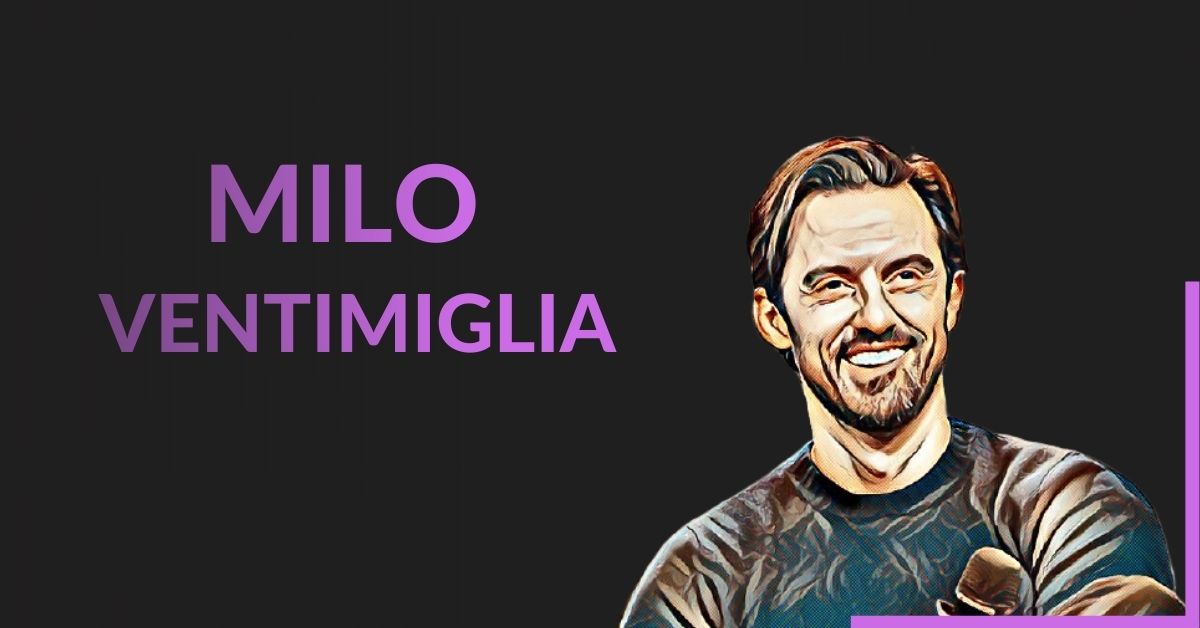 Milo Ventimiglia is probably one of the few people that negates the meaning of the word “imperfect.” The This Is Us actor is not only handsome but also charming. His attitude and personality epitomize grace, and this makes him more appealing!

Yet, it’s so surprising that people criticized him for his appearance when his career took off.

The Heroes heartthrob recalls people telling him, “Could you stop doing that thing with your mouth where your lip is going down?” Milo’s response was a simple “Hey, I was born that way” to ward off the unending curiosity.

Why? You might wonder – due to his crooked smile. The actor’s mouth deformity is both a blessing and a curse.

In an interview with People, he revealed that directors impelled him to correct his crooked mouth, which irked him. In fact, this minor imperfection almost cost him roles during auditions!

On the other hand, it is a perfect imperfection that brings out his heavenly smile.

The now 44-year-old actor talks out of the side of his mouth. Milo admitted that this is something he has spent a lot of time trying to rectify-at least to his best abilities. Though uncommon, the condition also affected Sylvester Stallone, with whom he worked in Rocky Balboa.

For most fans, Milo’s condition is not an imperfection. In fact, some of them thought that Milo’s drooping jaw was some new swagger in town. Others were outright in love with the gesture and thought it was charming!

While ladies might swoon at Ventimiglia’s perfect imperfection, the actor is very self-conscious about it!

It all began when he was young and saw his interview with a local TV Channel. Milo admits that he was surprised and confused about how he talked. This got to him, and he attempted to fix the deformity.

Despite reading books in front of a mirror to train his facial expressions, he didn’t succeed.

What happened to Milo Ventimiglia’s mouth?

It turns out that the actor’s swoon-worthy, an iconic grin is due to dead nerves on the right side of his face. Part of his lip just doesn’t go down!

The revered actor revealed that directors constantly remind him to correct his lip during auditions – implying that a part of his bottom lip doesn’t move. Milo almost lost several roles due to this deformity.

On the flip side, Ventimiglia is a revered movie star due to his crooked mouth- in part. The actor has gained some essential roles in his career due to his deformity.

While he agreed that he is self-conscious about his imperfection, he uses it to his benefit!

Nowadays, the quirk rarely pops up, like when Milo is yelling or running in a scene. Regardless, Ventimiglia learned to live with his “charming flaw” (if you could call it that!)

“It’s who I am, you know? I’ve got a crooked mouth,” Milo maintains.