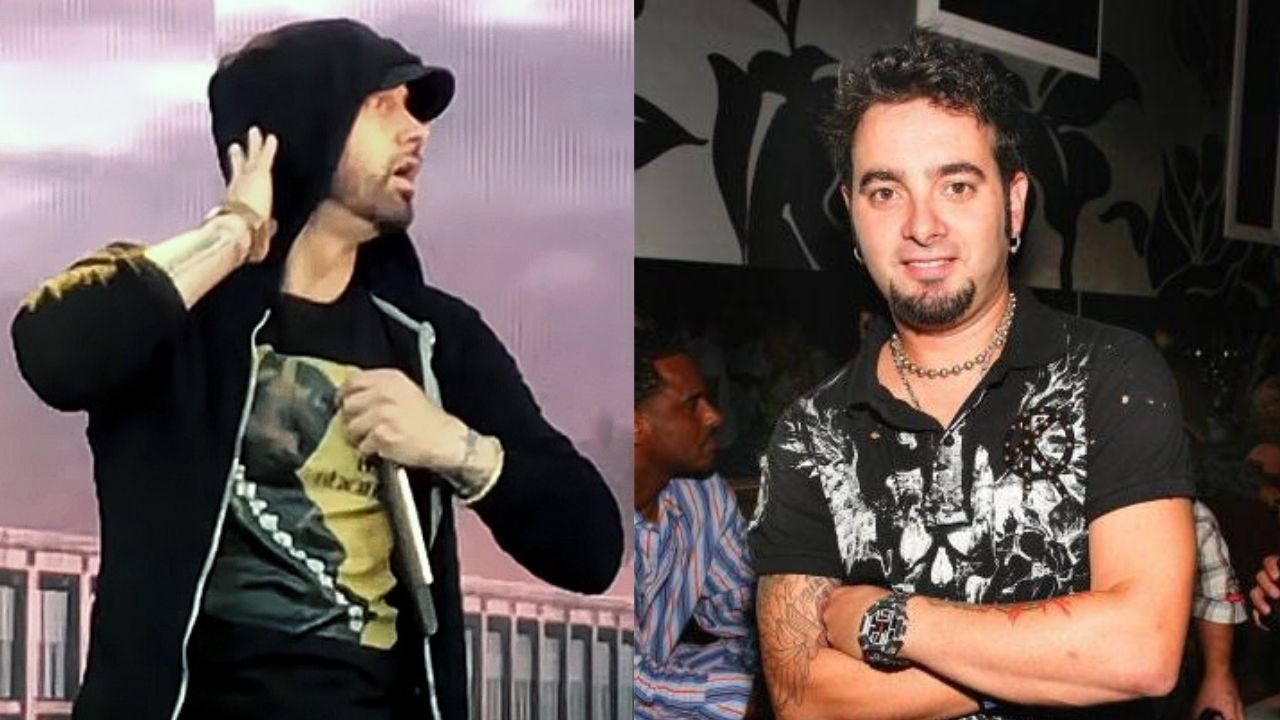 Marshall Mathers, mostly known as Eminem, is very fond of dissing other celebrities in his songs, so it was not strange when he mentioned Chris Kirkpatrick in his hit 2002 song “Without Me”.

Read on to find out why Eminem said Chris had an ass-whooping coming, and how Chris reacted to this whole drama.

Eminem Annotates His Own Lyrics on Genius.com

What did Chris Kirkpatrick say about the namedrop in Eminem’s song?

Although totally unexpected, Eminem dissed Chris Kirkpatrick (along with Limp Bizkit) in his song “Without Me”, which was his first song to hit over 1 billion views.

While a guest on the TRL show hosted by MTV, the host asked Marshall why he chose Chris’ name, he admitted he believed that Kirkpatrick was the only boy band member who was brave enough to stand up to him.

As for what Chris Kirkpatrick thinks of Eminem dissing him, after many years Chris said he was surprised at first, but then started feeling like it was an honor to be mentioned by him!