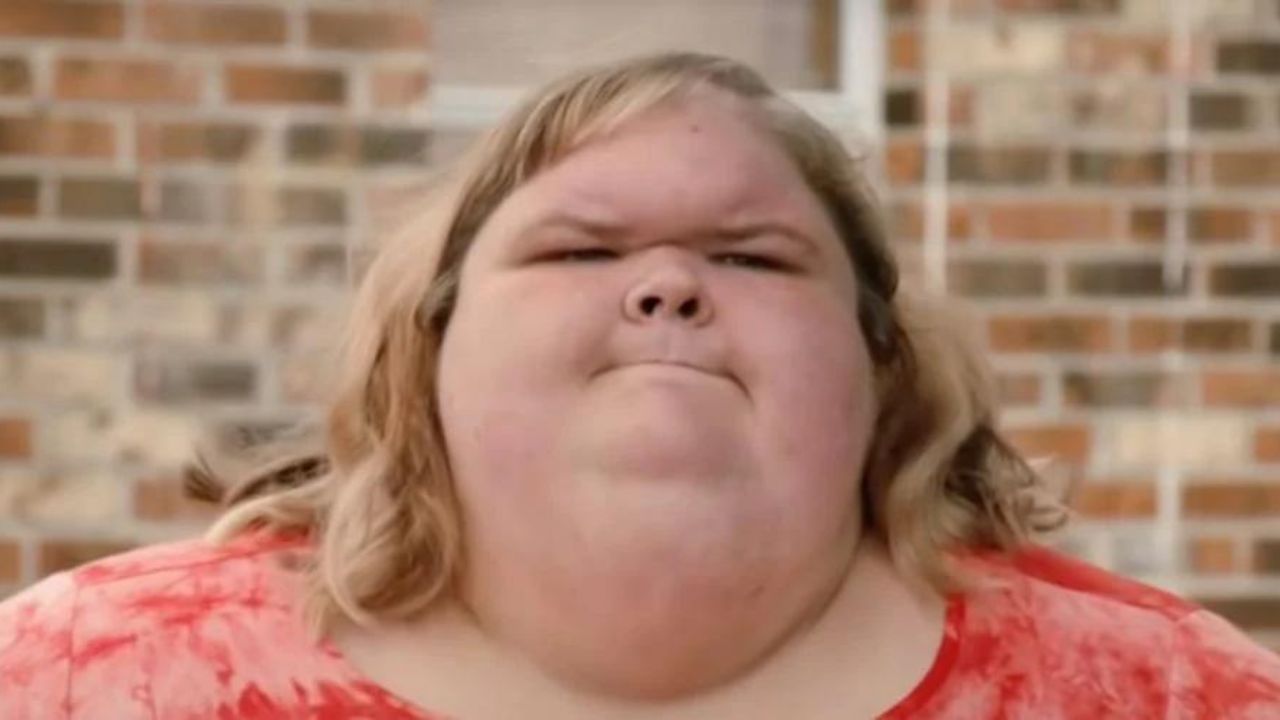 When it comes to Tammy Slaton’s current condition, it seems that she will not be featuring in the next season for alarming reasons.

The show 1000-lb Sisters, usually aired on TLC, had the sisters seek assistance with their weight and health problems.

Sadly, it was not long before it was clear that Slaton was not taking full advantage of the assistance she got.

Fans of the TLC reality show were worried when pictures of her emerged with a trach tube earlier this year.

During the final episodes of season 3, her brother, Chris, disclosed she was admitted to the hospital since she developed breathing difficulties a day after joining a food addiction rehabilitation center.

The star was put into a medically induced coma as she was placed on ventilators.

Amanda, her sister, revealed that “They’re just telling us that her lungs have given up, and like, her body is shutting down.”

The family admitted that they faced the possibility of organizing a funeral.

When she woke up, she underwent a tracheotomy to enable the doctors to insert a breathing tube in her throat.

She managed to return to the rehabilitation center three weeks later.

While at the rehab, Chris provided an update concerning Slaton.

I’m overjoyed that she’s ready to get on this train and start rolling down the tracks.”

She Updates her Followers on Her Progress

She updated her TikTok fans that she was still at the food addiction rehab, and she planned to remain there until summer.

This excited her fans since the star struggled with weight loss for three seasons, and the rehab program was a good alternative.

On previous occasions, fans have been unimpressed by her ignorance concerning her weight loss.

She devised ways of sabotaging her progress throughout the show, including yelling at those close to her or isolating them.

The show’s audience has constantly seen her consume junk food and, in some instances, party with her friends by drinking alcohol.

Even though she usually updates her followers about her life by posting videos and pictures, the near-death experience made her take the latest initiatives seriously.

She recently posted a heartwarming video on social media. Her fans could see that she looked more comfortable without the breathing tubes as she talked to the camera.

She also looked like she had lost some weight since joining the facility.

The reality star revealed that she was doing okay on her weight loss journey.

She said, “Just know that I’m staying on track, and everything is looking up!”

As fans wait for news if the Slaton family will participate in the new season, there are uncertainties on whether Tammy can be a part of the new season.

Her siblings Amanda, Amy, and Chris, have discussed what they should do to ensure Tammy gets the proper care.

According to Chris, Tammy should be made a ward of the state. This means that they would no longer have to bear the responsibility of caring for their sister, limiting her appearance on the show.

Even though she will not get weekly news, her brother is making the right decision since the reality star is known for indulging in habits that are harmful to her.

As she goes through her weight loss journey, many people hope she accomplishes a lot.

During her TikTok updates, fans have always encouraged her never to give up, and many are always saying how proud she makes them feel.