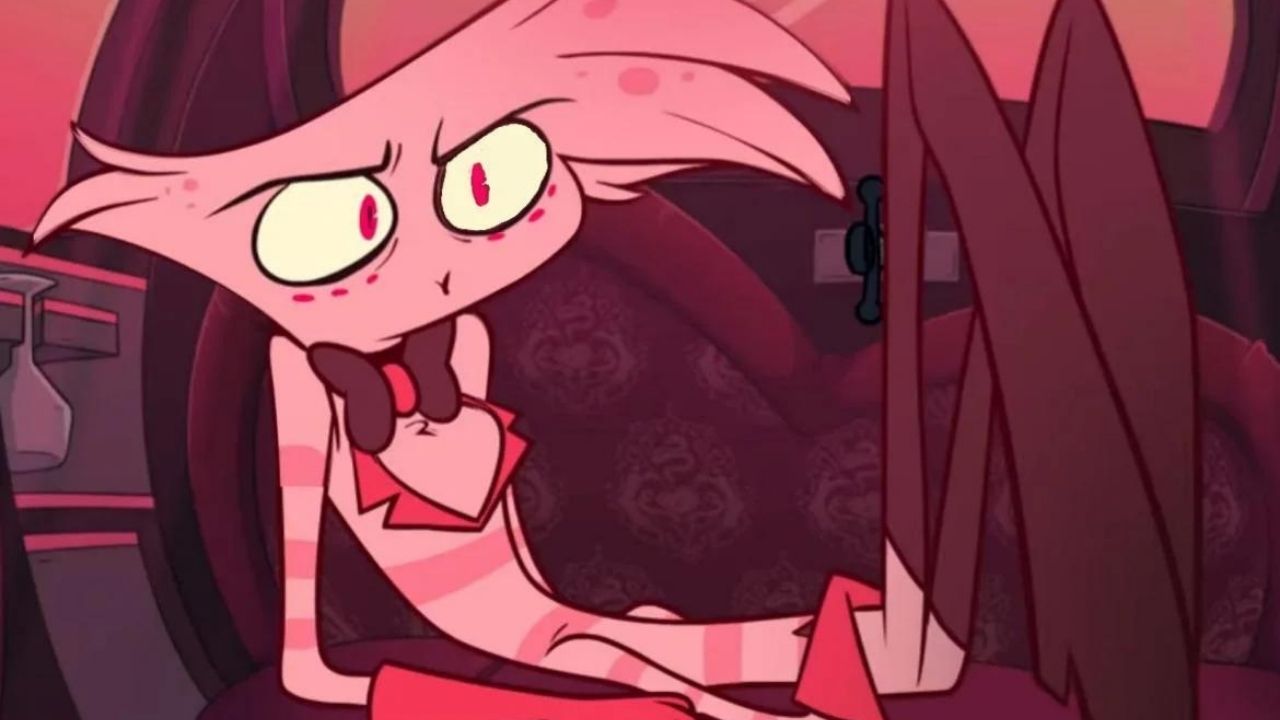 Angel Dust is one of many characters from the animated adult series called “Hazbin Hotel”, which was created by Viziepop and aired on Youtube.

Because of Angel’s overall appearance and behavior throughout the series, many viewers are curious about Angel’s gender and many other interesting details.

Let’s dive into the Hazbin Hotel and the amazing community it has so far.

Is Angel Dust from “Hazbin Hotel” a boy or a girl?

Technically, Angel Dust is a male character, although he doesn’t like labeling genders (we can call him genderfluid), and tends to dress like a drag queen.

What is Hazbin Hotel?

“Hazbin Hotel” is an animated series created solely by the freelance animator Viziepop, and its first episode aired on Youtube in 2019.

The series mostly gained views because of how open the characters are when it comes to the LGBTQ community, as well as being open about gender, sexuality, appearance, etc.

The story of this animation revolves around Charlie Morningstar, who is actually a demon princess of Hell.

Her dream is to open a hotel that will help the sinners recover because Hell seems to be overpopulated at the moment.

While trying to fulfill her dream of opening “Happy Hotel”, her friends Vaggie, Angel Dust and Alastor help her throughout the series.

Over the 3 years that have passed from the moment the pilot episode was aired, it accumulated 72 million views on Youtube!

Who is Angel Dust from Hazbin Hotel?

Angel Dust is a character from “Hazbin Hotel”, a professional pornographic film actor with the goal to help Charlie Morningstar fulfill her mission.

Angel Dust is a very open-minded character in regards to sexuality, gender, and several other “touchy” subjects of the 21st century.

Besides “Hazbin Hotel”, Angel Dust is also the main character of a webcomic called “Dirty Healings”, and Angel also appears in the sequels of “Hazbin Hotel”.

There’s yet another video on Youtube that depicts the character Angel Dust, a video for the song called “Addict”, aired on Medrano’s Youtube channel in 2020.

After the amazing success of “Hazbin Hotel”, which accumulated over 70 million views, in 2020 the spin-off series called “Helluva Boss” aired on Youtube as well.

As explained by the creator, “Hazbin Hotel” is about redemption and regrets, and on the other side, there’s “Helluva Boss” which tells the story about the society living in Hell.

The spin-off is as positive and open-minded as “Hazbin Hotel”, as it also has pansexual and transgender characters.

There’s also another upcoming spin-off in 2022, called “Helluva”, so if you’re interested in this adult animation series, check out the trailer: