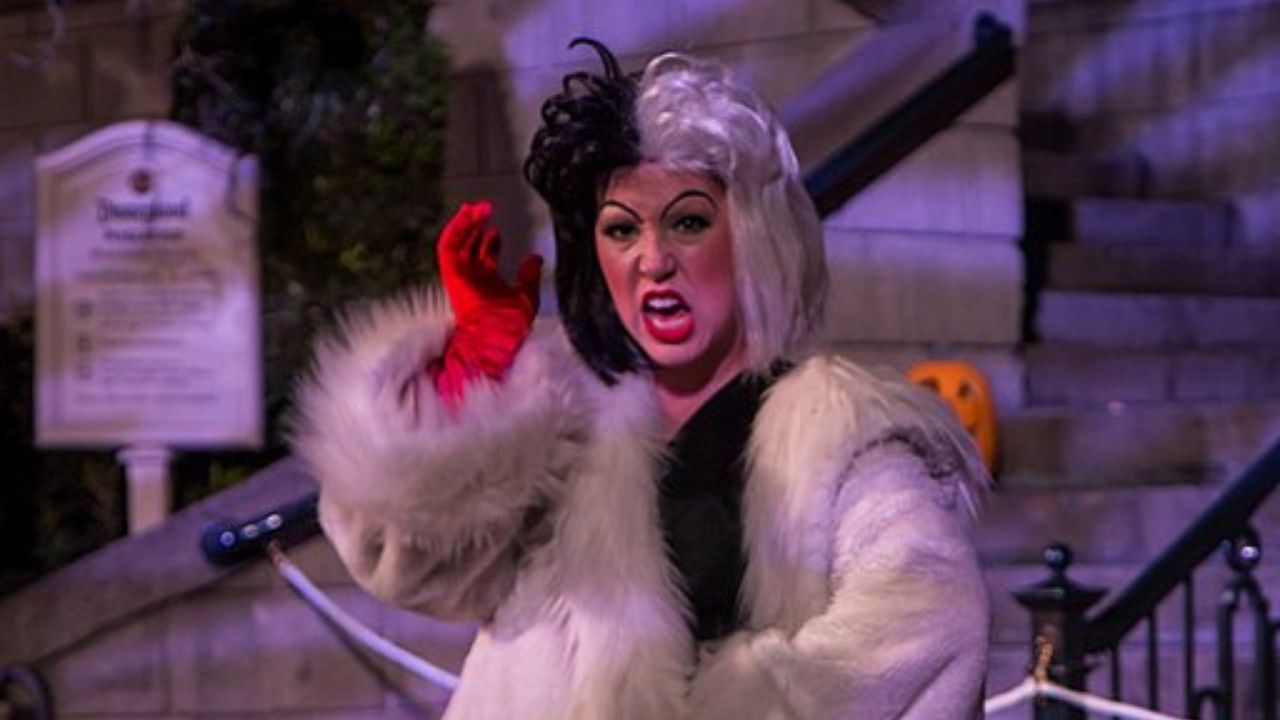 One of the most iconic fictional villains ever, Cruella De Vil was created all the way back in 1956.

Most of us know Cruella from the 1990s film adaptations of the novel”101 Dalmatians”, in which she was portrayed by the one and only Glenn Close.

Cruella De Vil is a super villain from the 1956 novel “101 Dalmatians” written by Dodie Smith.

Dodie’s Cruella De Vil is not that evil as we get the image from the Disney animations and movies.

However, her name is definitely made out of two very evil words: “cruel” and “devil” (De Vil).

She is a young fashion creator who is infatuated with fur coats, by the way – her husband makes coats for a living, so this makes sense.

However, please do not take this as an excuse for her behavior later on!

Nothing can justify her vicious, greedy wish to create a perfect coat made of puppy fur.

Over the years and throughout several animations and movies, Cruella De Vil has become a symbol of vanity and self-loathing.

Here are some of the most popular quotes that murderous Cruella has said about puppies:

The first place must go to this vicious quote “If I’d known it was this cold, darling, I’d have grabbed two more puppies and made mittens.”

The second place should, in our opinion, go to the popular scene where Cruella says “Dognapping! Can you imagine such a thing?”, after she had done exactly that.

And finally, the third most iconic quote about dogs Cruella said is “Fifteen. Fifteen puppies! No spots! No spots at all! What a horrid little white rat!”

After giving you three best Cruella quotes about dogs, it’s pretty easy to conclude she is vicious!

Who portrays Cruella the best?

From 1961 to 2021, there have been six movies (both animated and non-animated) that have told us the story of Cruella De Vil.

The most popular film adaptation of the novel “101 Dalmatians” is the 1996 movie with the same title, starring Hugh Laurie, Jeff Daniels and Glenn Close.

If we compare Glenn Close’s portrayal of this wicked character, she gives by far the most evil portrayal of Cruella, the crazy lady who wants to make a spotted fur coat.

The latest movie “Cruella” from 2021 tells the story of Cruella De Vil (portrayed by Emma Stone) as a young girl Estella who dreams about becoming a famous fashion creator.

Having had a tough childhood as an orphan who had to live on the streets, Estella channels all of her emotions of anger and resentment into her fashion creations such as dresses and coats.

This movie has been welcomed by critics very well, as it shows a different aspect of Cruella’s life.

However, even though I adore Emma Stone in whatever role she is, be that evil or great, in my personal opinion no one will ever beat Glenn Close’s evil Cruella laugh!

Disclaimer: No puppies were hurt in the process of creating this article!