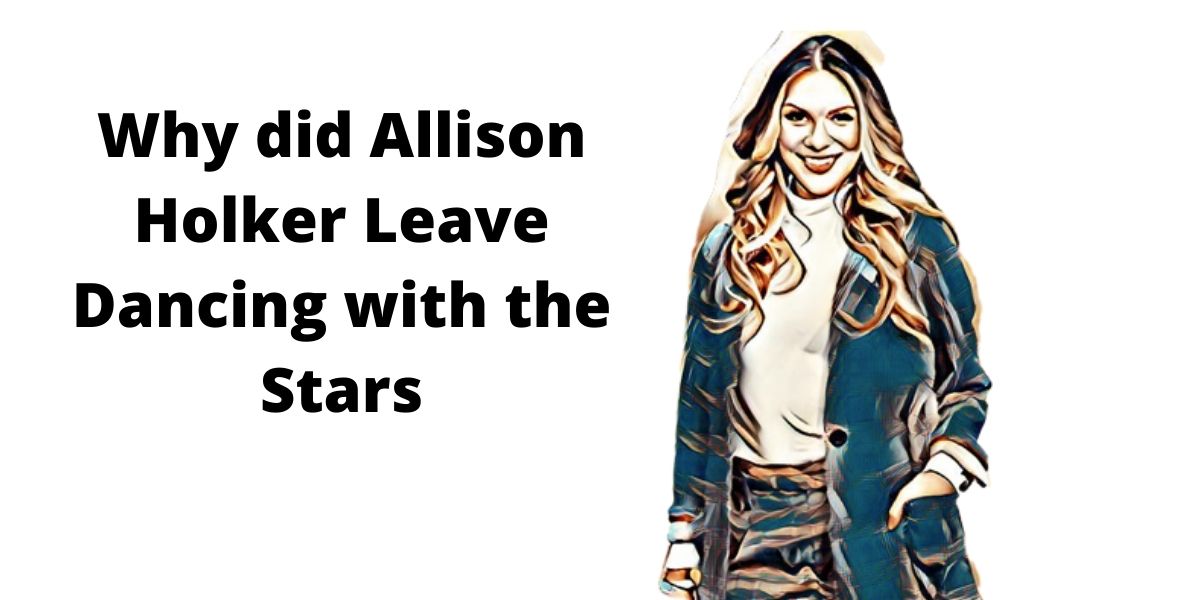 Allison Renae Holker Boss is a well-renowned dancer from the show, Dancing with the Stars.

Initially aired on abc.com, Holker has been nominated in the Emmy Awards and is a choreographer.

In the 23rd season, the dancer partnered with Babyface. Before making her debut in Dancing with the Stars season 19, she appeared in Season 16 when she and her husband danced to Lindsey Stirling’s Crystallize.

The So You Think You Can Dance star made the switch from being a competitor in the reality show to a pro in the 19th season.

She competed for two seasons before taking a break in season 22 after announcing she was expectant with her second child. She made the announcement alongside her husband and fellow So You Think You Can Dance dance, star tWitch.

She later returned to the show in season 23 and this was her last episode appearing in the show as a pro.

Prior to the season 24 cast being announced, some of the pros, through social media, decided to tell the fans that they would stay away from the competition. One of them happened to be Holker.

She said, “Hey guys, I wanted to be the first to reach out to all my family, friends and fans to say that I will not be returning to DWTS this season. I truly adore my DWTS family, It’s all love and I’m so excited for all of the competitors who are participating this season.”

When both Boss and Holker spoke to AOL Lifestyle shortly after the cast had been confirmed, she explained that she will spectate from the comfort of their Los Angeles home.

She said, “This season is going to be a really exciting season, and I’m so supportive of everyone on the show. I actually watched the reveal on ‘GMA’ today, and some of the celebrities on the show, I’m very, very excited about watching. I have my own favorites. I’m not going to reveal who I’m excited to watch yet — I’m going to do that a little bit later as I’m watching the show. But I think I already have an idea of who my favorites are, already. So I’m very, very excited. But my husband and I, we actually have quite a few side projects that we’ve started to work on that we really wanted to diligently focus on.”

The projects Holker decided to focus on include a costume line, a clothing line, a jewelry line, and an online dance studio.

Having all these projects to do fans can only assume that their office will be based in their Los Angeles home which they partnered with HomeGoods to renovate. They are in love with the house and say that they never want to leave.

Whether She Would reconsider a Comeback

Even though she may have taken a break from dancing a few years back, the mother of three says she would definitely reconsider going back to the show.

While discussing her partnership with Puffs Plus Lotion, she said, “It would definitely depend on a lot of things. It would depend on what other work we have going on, and I think I would really have to assess, like, who my partner would be and what my trajectory is in my career and where I really want to be.”

She also said that ever since she left the show, she has stayed in contact with her former castmates and is a big fan of the show. “For us, it’s kind of like our family, so I’m always checking in with them, making sure everyone’s good,” she said. “They’re on tour right now and I follow everything that they’re doing.

And of course, I miss it sometimes, but we all grow and branch off to new things so it’s always fun to see where people are now. You know when you’re on that show, it really is a competition but it’s friendly competition though, because you appreciate your peers so much,”

Holker continued. “So when I say competition it’s, like, literally even from the producers, they’re like ‘We’re giving you this song and this dance style and you have to make it up, like, tonight and teach it to someone else,’ and it’s like oh okay, game on. I love the stakes that were involved, it kept me so on my toes and you have to be ready for anything, you know, and so I think that’s something you don’t get a lot from other jobs.”