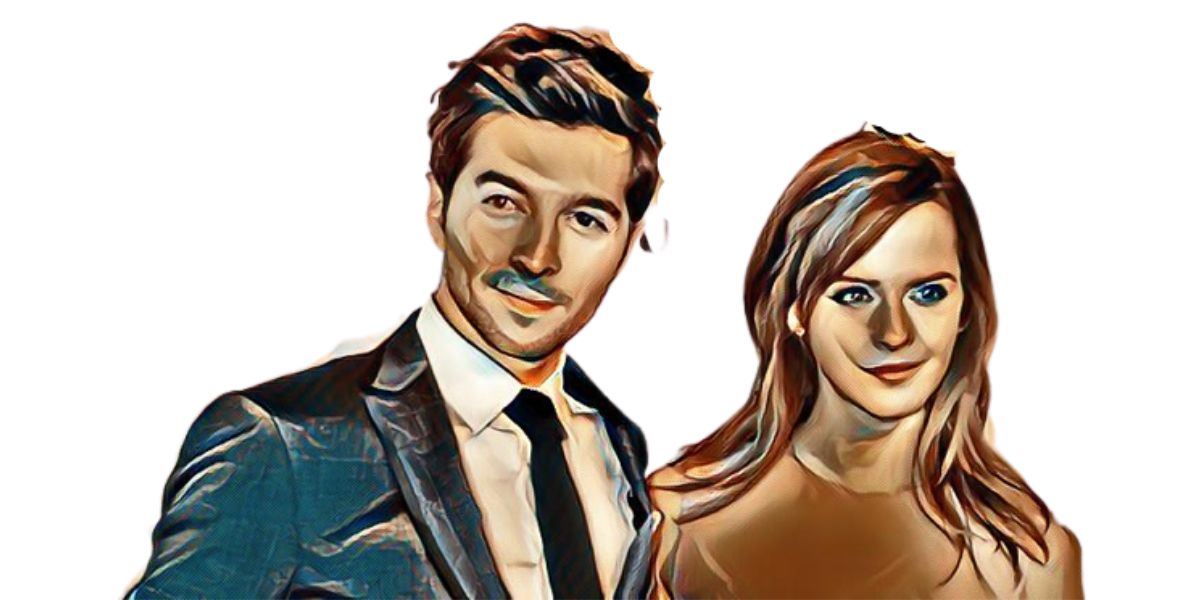 Emma Watson is one of the most appreciated talents in acting.

She is funny, smart, eloquent, and creates a sense of fresh air, which is why she is one of the most sought-after actresses in Hollywood.

No, Emma Watson is not married.

Mathew Janney, Rafael Cebrian, and Chord Overstreet are some of the names that got the chance to date her.

William Knight and Brendan Wallace also make the list, but who is the actress currently dating?

Reports state that the actress is dating Leo Robinton.

The exact time they met is unknown; however, their first pictures in public together were released in October 2019, meaning they have been dating for more than two years.

When looking at how they started their relationship, it was obviously through friends since Robinton is not a celebrity and is not fond of social media.

Watson also revealed she is not a fan of dating apps and admitted that her friends were good at connecting her with potential suitors.

She tried setting them up, but it did not work out.

Fortunately, her relationship turned out great that there were rumors they were engaged.

In 2021, there were rumors that Robinton had proposed to Watson, leading to everyone believing she was about to get married.

Immediately after the allegations popped, the superstar quashed the rumors and stated that she would not mind being his wife once she felt she was ready.

She stated she was all into the relationship for the long term, but she did not want to rush things.

Both their friends expect the two to make things marriage official in the future, but they are content and happy with their current love life.

The main thing is building trust and love between them.

The two have not made their relationship Instagram official to assess how much they love one another, but everyone is hoping for the best.

He is a Businessman From Los Angeles

Let us look at who Leo Robinton really is.

He is from Los Angeles and is a businessman who previously worked in an organization that dealt with legal cannabis.

He has two older sisters, Lily and Daisy, and an older brother, Charlie, and a twin brother known as Archer.

Daisy is a cell and molecular biologist, and the two posted a picture of them together during the Women’s March in 2017 in Washington, D.C.

She wrote, “Proud of my little bro for trekking across the country to support women’s rights @TheresLeo #EmpowerWomen #WomensMarchDC.”

They Are Serious About Their Relationship

According to The Daily Mail, when Robinton’s identity became public, he deleted all his social media accounts to protect their relationship.

This was when they were spotted kissing for the first time in public.

It is believed the couple met before he resigned from his job.

A source revealed that his colleagues were very much astonished to see him in the arms of a beautiful superstar.

Emma’s spokesperson was asked about it, and the reply stated, “I’m afraid I do not comment on speculation regarding Emma’s private life.”

Ever since, the cute couple has been seen in Los Angeles, where she was seen wearing a ring, thus leading to the engagement rumors.

With a lot of speculation stating that the actress may quit acting, one of her representatives told the Mail that she had gone underground and was settling down with her boyfriend.

The agent further stated they are laying low and maybe want to start a family.

The truth is that Watson is serious about Robinton that she has already introduced him to her family members.