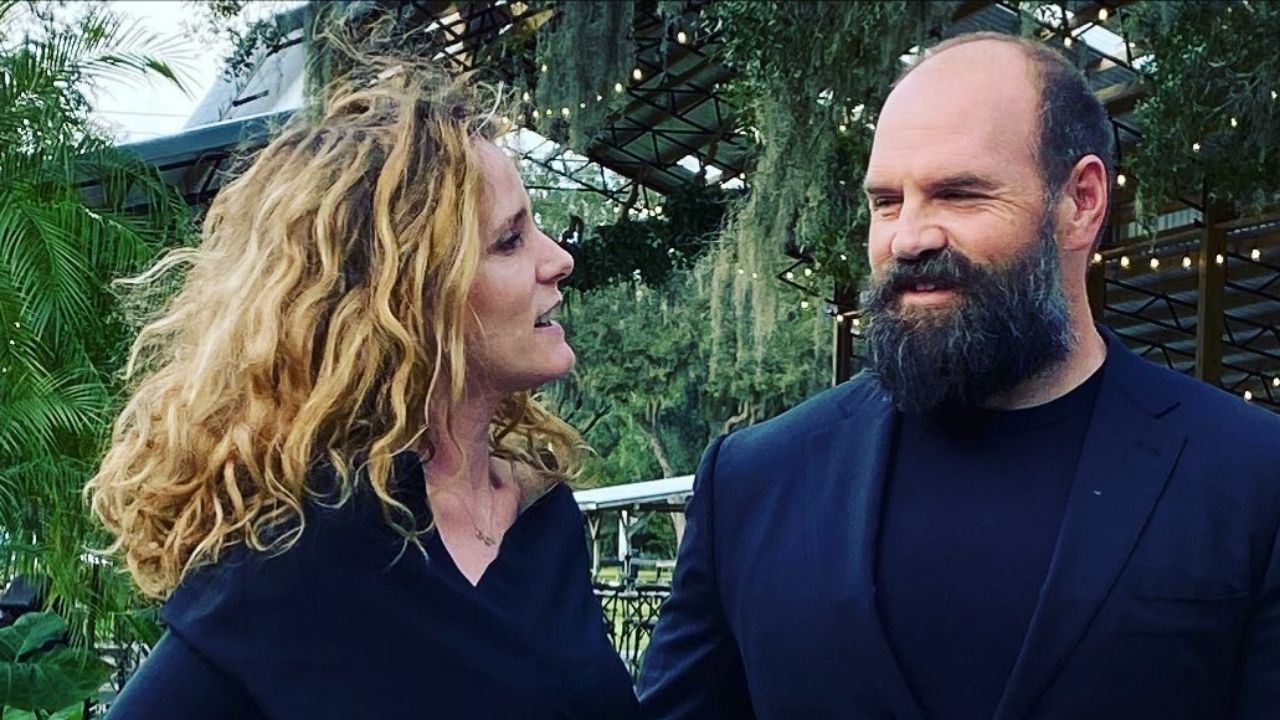 Ethan Suplee is one of those actors that have starred in almost every big movie in the previous century.

He has worked with some of the most influential figures in the acting industry and has gone through major body transformations in order to meet the requirements for the roles.

While you may think he has an abundance of women ‘throwing themselves at him’, he is actually happily married for more than fifteen years now.

However, his marriage hasn’t been known to the public until recently.

So who is Brandy Lewis? Let’s see what we can find out about Ethan Suplee’s wife.

Who is Brandy Lewis?

Brandy Lewis is a socialite and entrepreneur. She is the sister of the famous Juliette Lewis and also the daughter of Geoffrey Lewis, one of Hollywood’s icons.

Although she has seven more sisters in her family, only she and Juliette have managed to make it ‘big’ in Hollywood.

Brandy has worked on several movies and TV shows as well as an additional crew member.

These two lovebirds met when they were only 16.

At first, they started hanging out strictly as friends. But at one point, Ethan started to gain feelings for Brandy, which were unfortunately one-sided at the time. This led to an argument between them and they parted ways for quite some time, eventually losing contact.

However, destiny had other plans and their paths crossed again in 2001. This time, things went a bit differently and they both fell for each other and started dating.

The two welcomed a baby into the world on June 23, 2005, a son named Francis Clementine Suplee. After the birth of their child, they decided it was the right time to tie the knot and they did so in 2006.

Not long after, in 2007, their second child was born, a girl named Billie Grace Lewis. The kids that Brandy has with Ethan aren’t her only children – she has two more daughters from her previous relationship.

What Does Brandy Lewis Do for a Living?

As we said, Brandy’s sister is the famous actress Juliette Lewis. Her sister started her career when she was only 19 and Brandy decided she would work alongside her, as her assistant.

She even has three appearances in movies such as “Gone in 60 Seconds,” “The Other Sister,” and “The Evening Star” as an additional crew.

However, her main source of income is from a completely different job.

Brandy started a creative experience company in 2015. The company offers versatile services to customers in terms of marketing activities and organizational planning.

You can seek services such as Corporate Events, Team-Building, Vital Workshops, Kids’ Art Camps and Parties, and more.