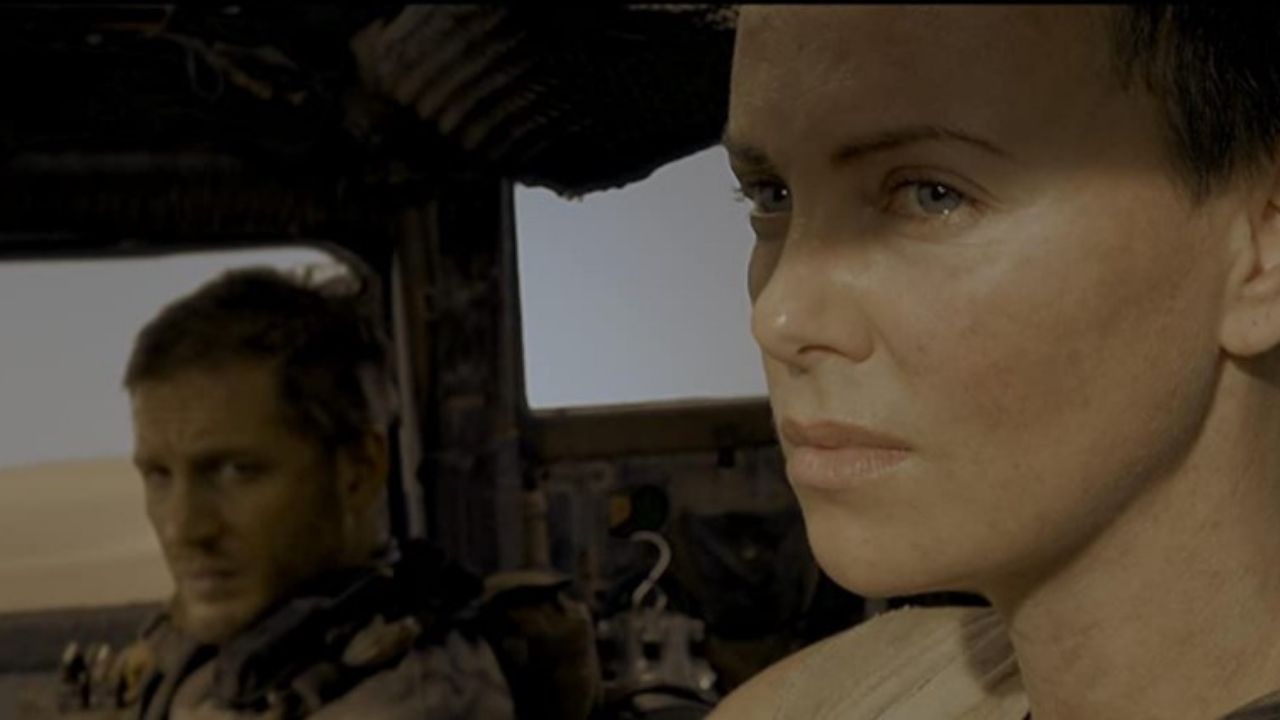 Have you read “Blood, Sweat, and Chrome: The Wild and True Story of Mad Max: Fury Road” by Kyle Buchanan?

And guess what – it’s got all sorts of juicy details.

However, the thing that caught the most attention from readers is the fact that Charlize Theron really didn’t enjoy working with Tom Hardy. The relationship got so tense that she even called him ‘extremely aggressive’ and asked for on-set protection.

In the movie, Hardy was cast for the main character that was previously played by Mel Gibson in the original trilogy. Charlize was a newcomer that was supposed to play Imperator Furiosa, one of main lieutenants.

Apparently, when she spoke to Buchanan, Charlize and other crew members explained that they were really fed up with the way Hardy behaved on set. One of the main triggers was the fact that he was constantly late which led to his co-workers waiting for hours to start the work.

In one instance, the producers even made a ‘special request’ for Hardy to show up on time. However, he was still more than three hours late, during which Charlize literally sat on a chair on the set and wanted to make a point by not even going to the bathroom.

When he finally arrived, she asked Tom, “Are you really this disrespectful?” She also mentioned that “the producers should place a fine for a thousand dollars per minute each time this fucking cunt is late.”

Tom Hardy immediately “charged up to her” and said, “What the f*** did you just say to me?” A cast member mentioned that he was “quite aggressive” and that Charlize felt extremely threatened.

The actress told Buchanan that this moment was a turning point and that she asked for on-set protection after that.

Now, almost seven years after the shooting, Tom Hardy spoke up on the incident as well.

In his talk with the author, Tom said, “When I look back at it now, I guess I was in over my head in a lot of ways. I feel that we were both under immense pressure during that shoot.”

Tom also added, “I think what Charlize needed was a more experienced partner. Now, when I am older and uglier, I’d like to think that I could rise to that occasion.”

“Don’t get me wrong. I don’t want to make any excuses for my bad behaviour, but you have to understand that it was a really tough shoot. I certainly didn’t have the clarity I do know when we were making the movie. You can say that I was in survival mode – I was really scared shitless.”

Ricky Schamburg, the first assistant camera on the set, shared his thoughts as well. He said that he felt like Tom’s lack of punctuality may have been “deliberately provocative” since he “knew that Charlize was getting pissed off by it. She is a true professional and is always the earliest one to arrive on set.”

However, the crew members also said that their relation got better as the shooting progressed and when the plot required them to become closer.

Goellnicht, one of the producers, said that this change may have been due to Hardy’s method acting abilities and that he “took the whole arc in a literal sense”.

At the 2016 Oscars, the movie won six awards. We now wait to see the next project in the series that will show Furiosa’s backstory with Anya Taylor-Joy taking over the main role instead of Charlize.