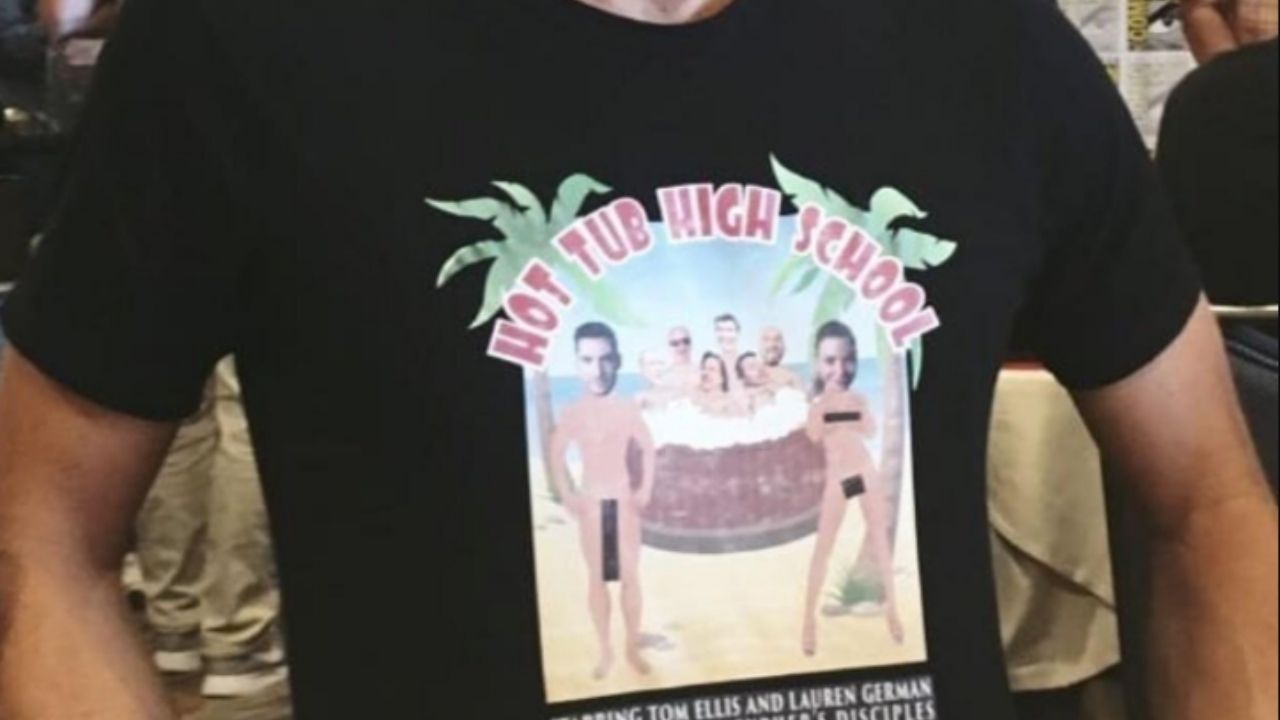 Lucifer fans will already know the answer to this question, but we will debunk it for the future fans of this Netflix show.

“Lucifer” is a supernatural TV drama that revolves around Lucifer Morningstar, an angel cast out of Heaven.

Yes, we know how weird and boring that might sound, but there is so much more to the series!

“Lucifer” has 6 seasons in total.

It’s interesting to mention that some of the episodes have an IMDB rating over 9.7/10.

According to Wiki, all the seasons together were viewed over 2 billion times.

RECOMMENDED: Is There Going To Be a Lucifer Season 7?

Is it a real movie?

To make a long story short, no. It’s not an actual movie that you can google and watch.

The low-budget movie “Hot Tub High School” is a movie in which one of the main characters, Chloe, acts.

Chloe Decker starred in the movie and had a nude scene.

Lucifer remembered watching the film when he actually met Chloe for the first time, saying he remembers the famous nude scene.

He also noted she wasn’t in the sequels.

The rest of the text includes spoilers about Lucifer.

Other than Lucifer seeing Chloe’s low-budget movie, the two have formed quite a bond over the 6 seasons of the show.

Tom Ellis is responsible for the portrayal of Lucifer, while Chloe Decker was portrayed by the one and only Lauren German.

They met in the first episode of the first season of Lucifer.

Apparently, when Lucifer descended from his throne as the Lord of Hell, he decided to live on Earth, specifically in Los Angeles.

He soon got caught in a criminal investigation led by Chloe (detective), and he helped her solve the case through his compulsion and manipulation.

Lucifer then gets an offer to work alongside Chloe and takes it.

He and Chloe keep getting closer and closer.

They officially get together after a beautiful moment in Season 2.

Lucifer says he’s not worthy of Chloe and he will stop pursuing her, she denies it immediately with the most beautiful kiss ever!

Their chemistry is amazing, and it includes a lot of sacrifice from both of them through all of the seasons.

In season 5, fans cried their eyes out as Chloe died in Lucifer’s arms, and then one more time after he sacrificed himself to save her.

That selfless act resulted in him finally becoming the new God.

The couple welcomes their baby Aurora towards the Season 6 finale.

If you’re in the middle of watching, sorry for all the spoilers!

We simply had to point out their relationship.

Lauren is a very stunning woman and very few people believe when they see she is 43 years old.

She started her acting career back in 2000, with her roles in “Down To You” and “A Walk To Remember”.

However, Lauren’s most popular TV roles are from TV series, not her movies.

For example, she was one of the main characters in the TV series called “Chicago Fire” (as Leslie Shay) and in “Hawaii Five-0” as Lauren.

The biggest role she has had so far is the portrayal of Chloe Decker in Lucifer.

The 43-year-old actor Tom Ellis is mostly known for his portrayal of Lucifer.

Other than that, he has a lengthy career behind him, both in movies and series.

His popular movies are “Buffalo Soldiers”, “The Best Man”, and “Isn’t It Romantic”.

Tom gained fame through his roles in TV dramas just like Lauren.

Before “Lucifer”, he played main characters in big and popular tv drama series such as “The Flash”, “Merlin”, “Once Upon A Time”, and even “Miranda”.