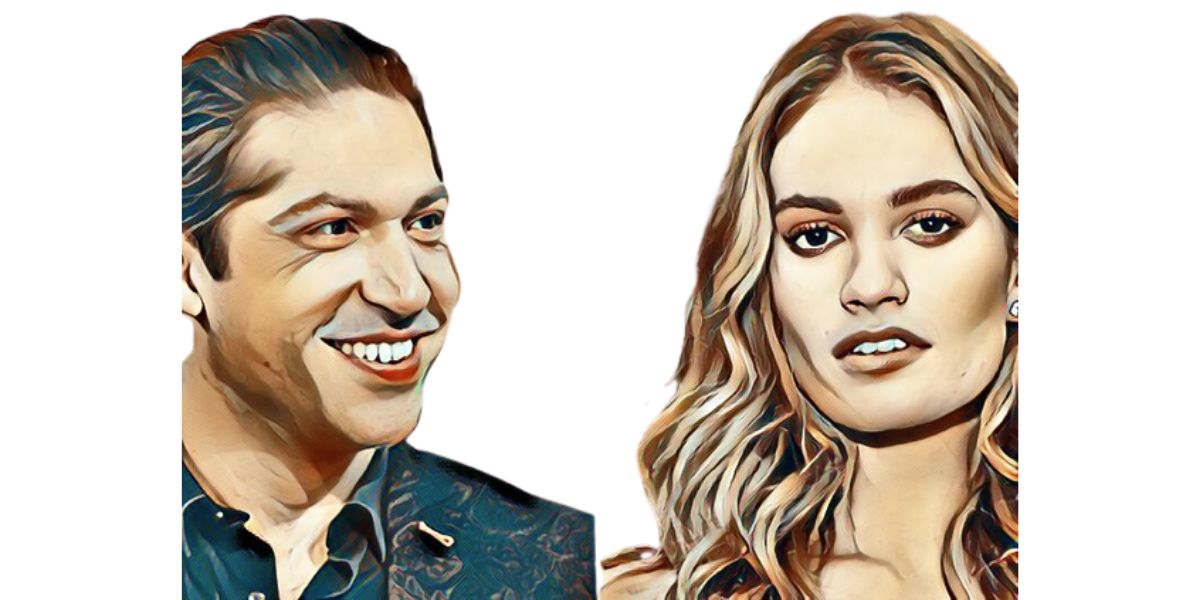 Lily James is currently dating Michael Shuman, and they have been in a relationship since 2021.

This was shortly after she was allegedly romantically involved with Dominic West, who was married.

Shuman is a musician whose stage name is Mickey Shoes.

The number of people who follow him on social media indicates that he is famous.

James and Shuman were reported to be dating.

They were seen in public drinking smoothies.

At the time, Shuman’s rock band had just been nominated for a Grammy Award.

Apart from playing bass, he is also a good songwriter.

The actress made headlines when she was spotted kissing Shuman in England.

She was filming What’s Love Got To Do With It?

The photograph of them kissing caused a stir on the internet.

The couple’s relationship was getting stronger as they were seen together in Los Angeles.

They were going to meet Shuman’s parents, and he held flowers in one hand while the other was holding James’s hand.

They wanted to meet with his parents to discuss the scandal between her and her co-star West, whom they worked with in Pursuit of Love.

The actress chose to remain quiet despite the criticism she faced.

A source revealed that she wanted the criticism and comments to fade away, and staying quiet was her way of hoping the saga would pass.

When the actress was spotted on Melrose Avenue in Los Angeles wearing a gold band on her finger, many speculated that they were engaged.

She was shopping with friends after spending her weekend with her boyfriend in Disneyland, California.

Her representative later came out to deny the rumors terming them as 100% untrue.

The couple became Instagram official, and the actress posted many pictures of the sunset and the sea in an undisclosed location.

The caption read, “postcards from the edge.”

She also uploaded a picture of her boyfriend looking at the sea.

They appeared on the red carpet for the first time during the Academy Awards.

They were stunning, and James later posted images of them together at the event.

They seemed to be loving their time together, and a source revealed they were very happy when they came out of the hotel where they were spending their time.

She posted a picture of her boyfriend lounging on the balcony.

She took the picture as she lay on the couch.

One could see her legs, and the picture garnered more than 70,000 reactions.

They uploaded another picture of them standing next to each other during a Chanel event.

A fan commented that the two looked stunning as always.

The actress was forced to deal with the rumors that they were engaged and that he had proposed while they were at the Glastonbury Festival in England.

This was the second time the rumors had surfaced.

The couple stepped on the stage before Paul McCartney could start his performance.

Even though the actress was in a baggy that included a bucket hat, sunglasses, denim pants, boots, and a leather jacket, it was the gold ring she was wearing that captured everyone’s attention.

Neither Shuman nor James responded about the rumored engagement though her representatives had earlier denied that the two were set to get married.

The couple has joined the list of celebrity couples rumored to be engaged since they are both excellent at maintaining a low profile regarding details of their love life.