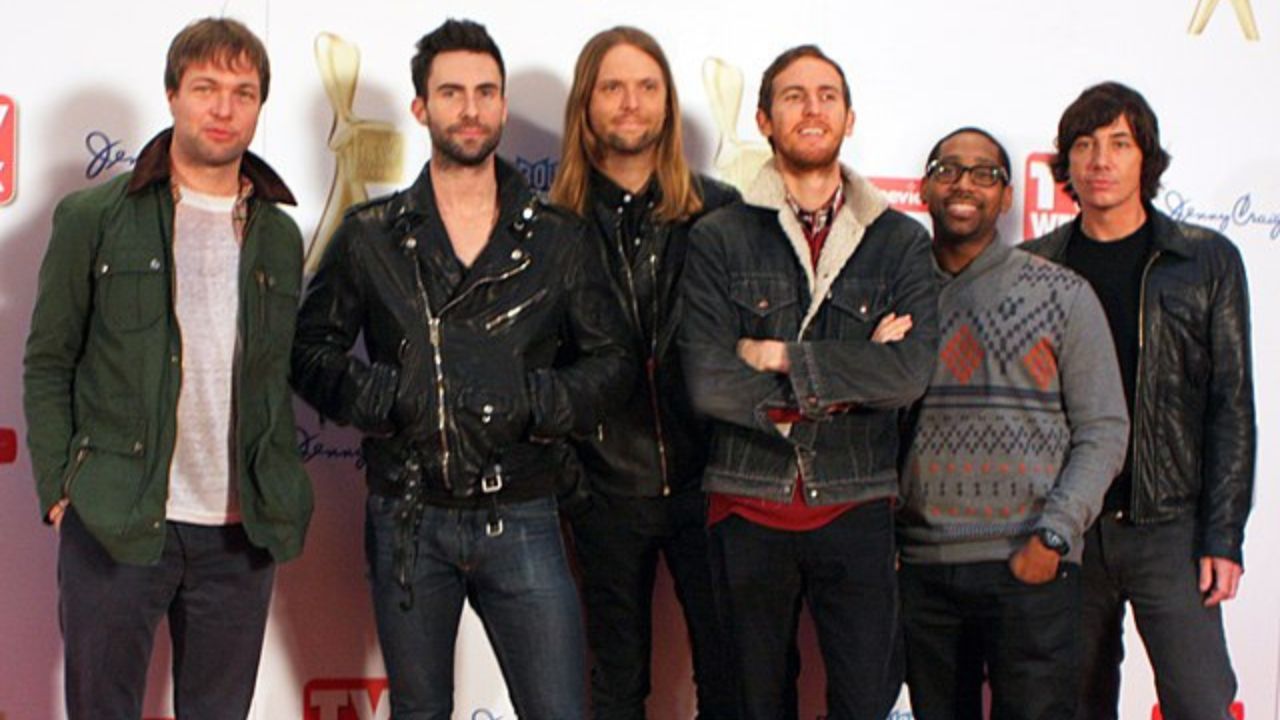 Kara’s Flowers was a band that originated in LA, California back in 1994.

After releasing their album ‘’The Fourth World’’ in 1997 they reached little to no response and decided to drop the band and go their separate ways.

Wait, it must be confusing that we are starting a text about Maroon 5 with history about some unknown band from the 90s.

Well, as it turns out, now mega-popular band started as Kara’s Flowers.

After their reunion in 2001, they decided to change their name to Maroon 5 and add a new guitarist, James Valentine.

The rest of their history is much better known and probably needs no further explanation.

So, if you want to find out how an anonymous band from LA managed to get from filthy poor to dirty rich, stick with us because we are going to list all Maroon 5 members ranked from richest to poorest.

This guy probably needs no special introduction, he is by far the most popular member of the group.

That naturally means that he is the one with the most dough laying around in his bank account.

He is reportedly worth more than $160 million. It is probably really hard to wrap your mind around that kind of money.

A good portion of his income comes from the royalties that the band earns, however, Adam has another golden goose.

In 2011, Adam was invited to be a judge on the hit reality TV show ‘’The Voice’’.  He accepted the invitation and we can’t call it poor judgment because he was getting paid $12 million for each season.

Surprisingly, the second one on our list considering net worth is a bassist. (Note that this is not a list about who is better with women in the band.)

A founding father of our favorite boy band – Mickey Madden of course.

Considering that the band has topped the Billboard 200 charts numerous times and won a few Grammys along the way and Mickey was there the whole time it comes as no surprise that he is the second on our net worth list.

As you might have guessed, lead guitarists make quite a lot of money too.

Over the years he has scored over $40 million. (This makes me regret skipping my guitar lessons as a kid.)

Not that any of this money wasn’t well deserved.

The next one on our list is Sam Farrar.

He has been added to the group officially in 2016, but he has collaborated with the band way back when they were known as Kara’s Flowers. So, you can’t really call him a fresh addition.

Nonetheless, since he joined the band, Sam has managed to amass around $8 million.

It might seem like nothing compared to Adam’s earnings, but let’s not forget that we are talking about six figures here.

Moving further away on our ranked list we come to the instrumentalist of the Maroon 5, Jesse Carmichael.

Carmichael is one of the founders of our favorite boy band. He is still a member to this day except for his short leave of absence for two years back in 2012.

Coming short of $2 million behind Sam Farrar he has an estimated net worth of around $6 million.

However, we can expect this number to grow considering that besides his role in the band he is also working on personal projects such as ‘’Circuit Jerks’’.

In 2004, Maroon 5 hired a touring member by the name of Matt Flynn.

A couple of years later, when their leading drummer Ryan Dusick couldn’t continue touring with the band due to his chronic nerve damage, Matt was the one suited best to fill the position.

Since then he has acquired a fortune just shy of $4 million.

You know what they say, one man’s loss, is another man’s gain. (Too much?)

Here we come to the second keyboardist of the Maroon 5, PJ Morton.

He became a part of the band in 2012 when his friend and also a musical director of the Maroon 5, Adam Blackstone asked him to go to an audition for the part of the backing vocalist and a keyboardist.

Since then, he has been working with the band to this day which allowed him to net over $2 million.