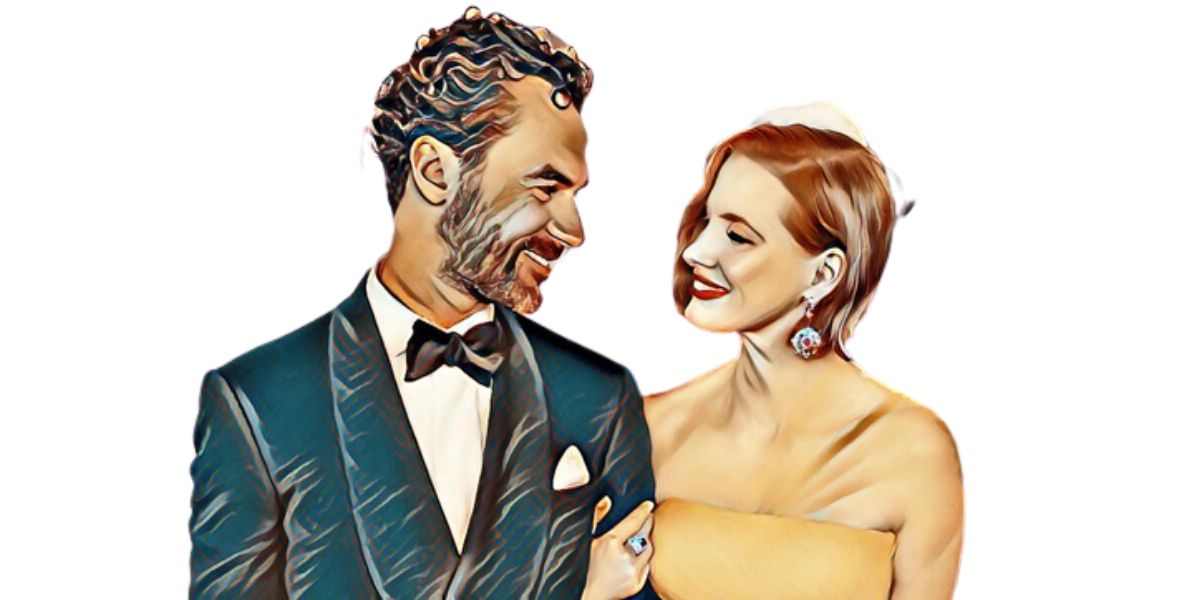 Jessica Chastain and her husband Gian Luca Passi de Preposulo are always private regarding their relationship, but their love can only be described as a fairy tale.

The Italian businessman and the actress met in 2012 in Paris on the day Chastain got her first nomination for the Oscar Awards.

She said it was the best day she had during an interview in December 2017 when she appeared on Live With Kelly and Ryan.

The couple quietly dated for a long time before marrying in 2017 at the businessman’s family home in northern Italy.

Passi de Preposulo is from one of the oldest families in Italy and has worked as an executive at Moncler.

Even though titles are no longer used in Italy, the family still uses them.

He also worked in Armani as a publicist; one of his mentors was Roberta Armani.

In 2010, the businessman started a brand together with two childhood friends.

Chastain loves her husband’s family home due to the availability of various drinks.

She revealed in 2017 that there is a lot of food and wine, and the scenery is beautiful.

The actress does not usually discuss her husband in interviews, but they usually attend award shows and movie premiers.

The actress gave her fans a look into her love life in 2017 when she posted a picture of them enjoying a glass of wine months before they were wedded.

The caption read, “💖Some things are worth the wait💖 @preposulo #happyvalentinesday.”

The two met on the day Chastain got her first nomination in the Oscar Awards for her performance in The Help.

She was in Paris attending a fashion show when she bumped into Passi de Preposulo.

They kissed each other while attending a New York Rangers hockey match.

They got married and went to South Africa, Zimbabwe, Zambia, and Botswana for their honeymoon.

In an interview, Chastain admitted that she did not want to tie the knot, and it took her husband some time before he could change her mind on the issue.

She revealed that when she first met the businessman, he understood that she was not interested in getting married.

As they got to know each other, her stance on marriage gradually softened.

She went on to state that there are things she considered worth celebrating, and her husband was one of them.

He made her enjoy marriage despite her reservations, and she summed up her statement by saying, “I am celebrating that I get to share my life with him.”

They were seen together on holiday with a newborn after secretly welcoming their second child.

The businessman supported his wife during the premiere of The Eyes of Tammy Faye Bakker.

On valentine’s day, the actress gave fans a glimpse of her love life when she posted a picture of them enjoying a glass of wine several months before they tied the knot.

He does not always appear on her Instagram page, but she posted him when wishing him a happy birthday.

She wrote at the time, “What a dude!” “Wishing my hubby @preposulo a very happy birthday!” I’m thrilled to be able to honor you today.”

The actress won the best actress award at the Academy Awards and gave a shout-out to her husband and children, Augustus and Giulietta.