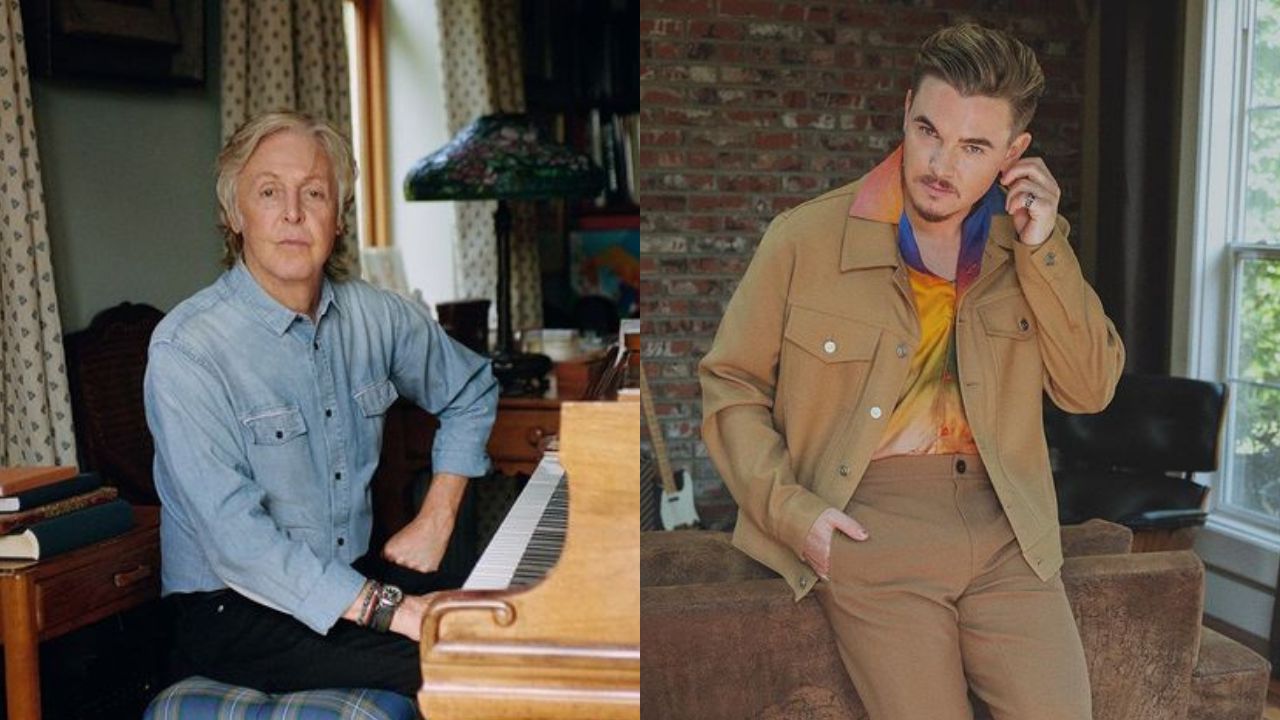 There are three renowned McCartneys. That is Paul, Stella, and Jesse McCartney.

Sir Paul McCartney is a renowned artist who needs little introduction, while his daughter Stella McCartney is an internationally recognized designer.

So, what about Jesse McCartney? Are they related, or is he not part of the English McCartney legacy?

No, they are not related. Some people think that Jesse McCartney is the son of Paul McCartney.

However, this is not true since Paul McCartney’s children are Mary, Stella, Heather, James, and Beatrice Milly McCartney. But they do have several things in common.

For instance, they share their second name McCartney, and they are both music artists with a great passion for pop music.

Jesse McCartney was born on 9th April 1987 in Westchester, New York. He is a singer, songwriter, and actor.

He is renowned for his long association with Disney, where he was featured in some sitcoms like Hannah Montana and “The Suite Life of Zack & Cody. In addition, he has done voice-overs for popular films such as Alvin and Chipmunks and Tinker Bell.

He started his acting career at the age of seven and joined an American pop band, Dream, in 1999.

In 2002, he left the band and concentrated on his solo singing career. He formed his band with different musicians on the guitar, bass, and keyboard.

His television career is also impressive. Jesse’s first station on TV was All My Children, aired by ABC. Later in 2005 and 2007, he started featuring Disney’s sitcoms, while his voiceover career started in 2008.

Jesse proclaims himself as an ambitious man who wants to be on top of the entertainment business world. In addition, he considers James Taylor as a source of his inspiration.

Sir James Paul McCartney was born on 18th July 1942 in Liverpool, United Kingdom. He is a songwriter, singer, record producer, and instrumentalist.

As an artist, Paul McCartney was renowned as a bassist and vocalist for pop music. He has impressive skills in playing various musical instruments such as keyboard, drum, bass, and guitar.

He started his music career in 1957 as a Quarrymen member who later became the Beatles band. Some of the band’s hit songs include “And I love her,” “Yesterday,” “Eleanor Rigby,” and “Blackbird.”

In 1970 the band was disbanded, and he resumed his music career in 1980 as a solo artist. He has released over ten albums today. Some of his albums include “Dirt,” “Driving Rain,” and “Memory almost full.”

He is one of the most accomplished artists in the pop industry with several achievements. His achievements are always accompanied by an increase in his net worth, which is about $1.2 billion. Paul’s major earnings are attributed to his music endeavors and various entrepreneurial opportunities maximized during his singing career.

Paul’s success is envious to many, and you might be interested in some tips for his success. Some of them include diversification of income, leaving a mark wherever you go, passion and consistency.