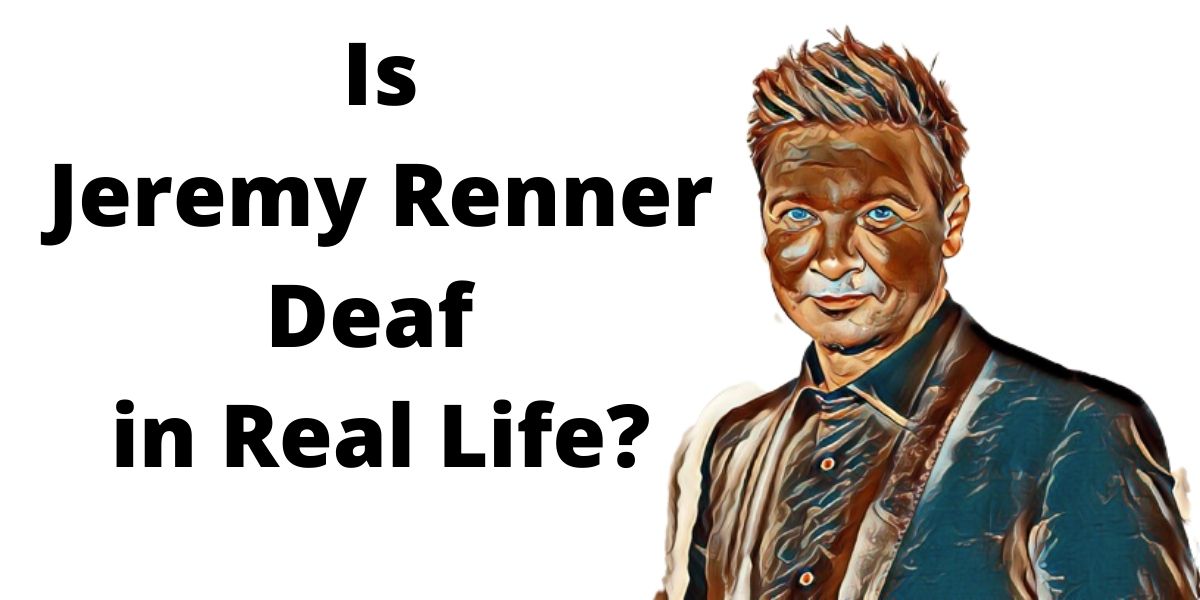 Jeremy Lee Renner is an actor who started his career by featuring in movies like Neo Ned and Dahmer.

He got supporting roles in major films like SWAT and 28 Weeks Later.

The fact that his character Hawkeye has a hearing problem has made many question whether he is deaf in real life.

Many people were excited when the long-awaited Hawkeye debuted in 2021. It is a story about Clint Barton, and it first premiered on Disney+ in November 2021.

The series is another addition to MCU. It concentrates on Clint’s life post ‘Endgame.’ The audience was also introduced to Clint’s protege, Hailee Steinfeld Kate Bishop, who going by her performance, is likely will be a future avenger.

The character’s story may not be known like other Avengers, but the agent has gone through some hard times in the movies, like the disappearance of his loved ones, including his family members and friend, Natasha Romanoff (Scarlett Johansson), after Thanos’ snap.

The character has gone through hard times, and the series Hawkeye concentrates on his resilience in a way not depicted in other movies he has appeared. The series looks at his hearing loss, and it seems like it also affects him in real life.

No, Jeremy is not deaf, Clint Barton is.

During a press conference for the series, Renner discussed Barton’s condition.

It is a significant part of his storyline though it is the first time the character will experience it in the movie.

The actor is hard of hearing and discussed how important it was to play a role that includes the same struggle he experiences.

He said, “I thought it was just a really wonderful thing, cause it is, it’s always been a part of Clint’s character in the comics, and we found a way to make it a truthful entry point for his life and how it affects his life.”

He went on to state that acting as a person with hearing loss was “quite a dynamic, interesting….sometimes an obstacle, sometimes an asset not being able to hear.”

His status as the ideal family man made his appearance heart-wrenching, and his condition will be a plus in the movies he features in.

For those who thought the allusions to his problem in the first episodes of the series were modest, the third episode of Hawkeye shows that it will be a part of his identity.

His Performance in Hawkeye is Thrilling

As the episode introduces Echo, also known as Maya Lopez, a character who also has a hearing disability, it shows the distinction between her and Clint, especially when they meet.

The two fight in an epic battle though Maya, who has been deaf since birth, communicates using sign language, whereas Clint, who is still struggling with the condition, still has difficulties adapting.

It helps when characters infuse their true self in their roles, and Renner is no different in Hawkeye. Since he had a problem hearing and the movie touched on how his character managed the situation, the actor felt rejuvenated.

The scene where he answered the phone and Nathaniel, his son, was on the line can be considered the most convincing work he did in the series; how he reacted while Kate Bishop relayed what the son was saying seemed real. Their performance was outstanding.