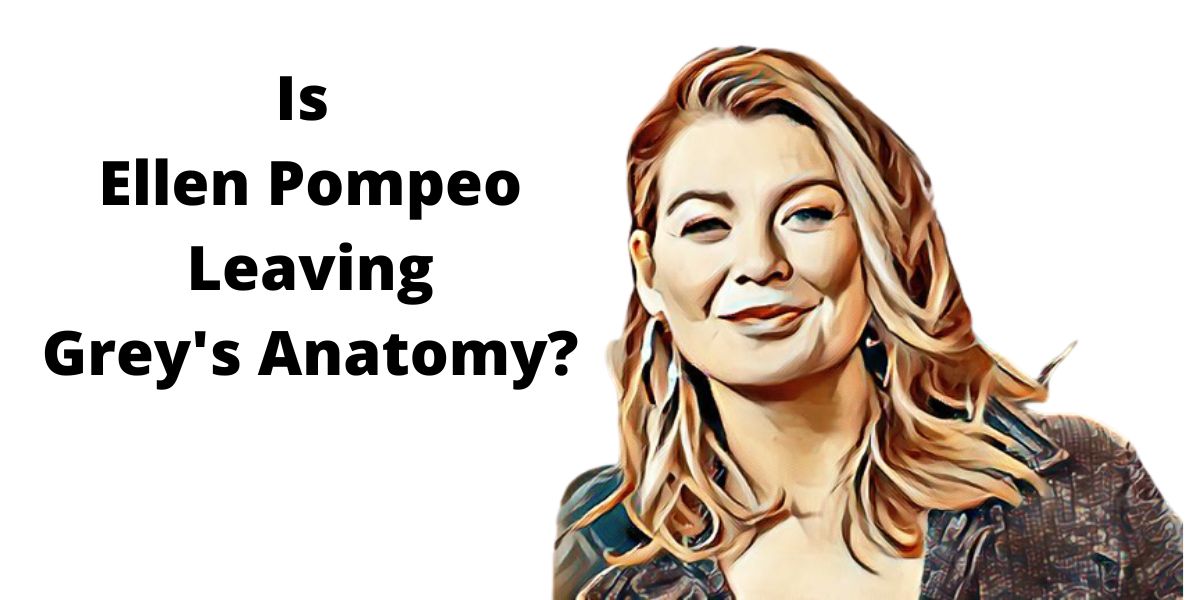 Ellen Kathleen Pompeo is an actress and producer born in 1969.

She has been one of the world’s most paid actors for more than five years allowing her to appear on Forbes’ list.

She has received various accolades, including a Screen Actors Guild Award, and was nominated for the Golden Globe Awards.

She was propelled to stardom in 2002 when she acted in Moonlight Mile.

Later, she got included in ABC’s medical series, Grey’s Anatomy, for which she became a household name portraying the main character, Dr. Meredith Grey.

The character became so popular that she grew into one of Hollywood’s renowned TV actresses.

In 2016, she earned $14.9 million, making her the third most paid female and among the top five most paid actors.

In 2018, she made a whopping $23.6 million, making her the most ranked actress in a drama series.

Many have always wondered whether the actress is set to leave Grey’s Anatomy.

She Signed a New Deal

It seems like the actress will be playing her role for another season.

At the beginning of 2022, it was reported that the actress and showrunner Krista Vernoff had penned new deals with ABC allowing the drama to continue for at least another season.

Before inking a new one-year deal, many were convinced that season 18 was her last appearance on the show.

During an interview, the actress confessed that she was always trying to convince everyone that the show needed to end.

The statement did not stem from a lack of interest in the show or her character but a question concerning the new ideas they could bring into the show.

Everyone was like, “Who cares, Ellen? It makes a gazillion dollars.”

It was also noted that even though the show has been a constant hit for almost twenty years, it is still popular, thus making it difficult to walk away.

Also, the show’s creator, Shonda Rhimes, still has a lot to offer regarding Meredith’s story.

Rhimes stated, “I couldn’t be more excited that we get to keep telling the stories of Meredith, Bailey, Richard, and all of the other doctors at Grey Sloan Memorial for another season.”

Her Character Moved to Minnesota

Even though the actress will remain in the show, her character seems to have accepted a new job offer in Minnesota after spending most of her professional life in Grey Sloan Memorial Hospital.

Season 18 saw her go to Minneapolis, where she leads The Grey Center. Dr. David Hamilton brought her and her team to help find the cure for Parkinson’s disease.

Innovative surgery based on various research was done on David, and it seemed like he was cured.

Even though the surgery may not have completely cured him, his symptoms became manageable.

This resulted in David asking Grey if she would not mind working for him.

He proceeded to give her what many assumed was a huge check.

Apart From Work, Meredith Had Other Reasons to Move

Work is not the only thing that motivated her to move to Minnesota.

The two met in season 14 when Nick was in Seattle to collect an organ.

Nick specializes in organ transplants, and while he was working at Grey Sloan, he passed out due to problems arising from a kidney transplant he underwent.

Meredith saved his life, and even though the heavy flirting did not yield results, the two rekindled their feelings when they met at the Minnesota hospital he works in.

In episode 15, the hospital’s residency program is under scrutiny.

Like other aspects of the show, there is always a greater theme.

In this case, as the program goes through various assessments, Meredith considers her life prospects and what she wants in the future.

When Dr. Miranda Bailey realized that Grey had received a job offer, she got mad at her and even involved Derek in the confrontation.

What spews from the altercation is the idea that Grey received her training from Grey Sloan and was part of the residency program, and this prevented others from seeing her as a doctor.

The decision to accept a job offer at Minnesota stems from her desire to be considered a qualified doctor she has grown into and not the resident who once had a relationship with her boss.