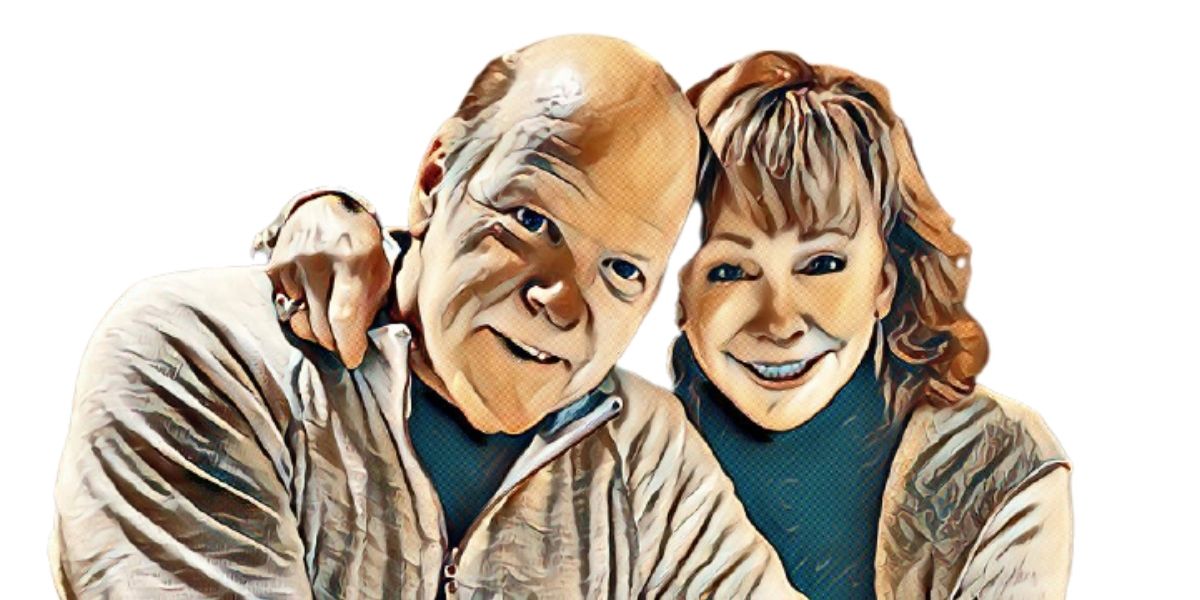 Rex Linn and Reba McEntire started dating back in 2020, but their relationship started way before.

In fact, it is rumoured that the pair met over three decades ago!

However, they did not start dating then, as their romance caught on earlier in 2020 when they went on their first date.

“We’ve kept in contact with each other over the years, and we both know the same people, so it was just like good friends getting back together having dinner in January,” said Reba. “ And then we started texting and talking on the phone, getting to know each other better during the quarantine.”

McEntire has always insisted that she has Kenny Rogers to thank for her happy relationship with the actor.

Rex Maynard Linn is an American actor with air time in movies and television. You might remember him for his famous role in CSI: Miami as Frank Tripp.

Linn has been dating Reba since the fall of 2020. Reba McEntire is a country singer, actress and songwriter from the United States.

They started dating officially during the COVID-19 pandemic and have lived happily since. However, the pair is yet to tie the knot.

Many are wondering whether Reba will be rebooted. The actress revealed that she was open to the idea but gave no real clues to the actuality of the reboot.

Reba was in another relationship before embarking on her happy life with Rex Linn. She had previously dated Skeeter Lasuzzo in 2017.

However, the relationship hit a snag two years later.

Also, Reba was previously married for 26 years to Narvel Blackstock. The couple divorced in 2015.

On several occasions, McEntire has reminisced on how singing breakup songs felt different after her separation.

“I guess before the divorce, I was singing those songs because I knew people who had been through those situations, and now, I have. So I guess that’s the difference,” she said.

How Did Rex Linn and Reba Meet

Rex Linn and Reba McEntire first met almost three decades ago when on the set of Gambler V: Playing for Keeps.

According to sources, this was among his initial acting roles in Hollywood, and Reba’s role in the project was second to Roger’s.

Despite the space between their names on the call sheet, the pair remained connected over the years.

They later reconnected over a date with friends at a wine bar in Los Angeles.

It was at this bar that Linn nicknamed McEntire “Tater Tot.”

McEntire said, “They have tater tots on the menu, and I went nuts because I love tater tots. Rex is famous for giving people nicknames, and he said, ‘That’s yours.’”

Linn went on to praise his knack for giving nicknames. “My nicknames are legendary. They are premeditated, and they always stick with people. You ordered tater tots and delved into them like a great white shark with ketchup. I just thought,’ That’s it!’”

According to the couple, McEntire was forced to coin a nickname for Linn – Sugar Tot. The nickname came from Reba’s sister Susie.

Apparently, she caught Reba in the car on the phone with Rex and asked who she was talking to.

McEntire replied accordingly that she was talking to Rex, and Susie piped, “Well, tell sugar tot hi for us!”

And since then, McEntire decided that that was Reba’s nickname.

Reba and Rex’s relationship slowed down when COVID-19 struck in late 2019.

Governments were forced to impose curfews and lockdowns that limited movement.

Therefore, it was hard for them to stay in touch physically.

However, they still maintained contact over the phone with morning coffee dates.

Both parties reckoned that they had an extraordinary relationship. During the COVID-19 period, they got to know each other without the physical aspect.

They started the Coffee Camp tradition on March 16, 2020, and followed it to the letter.

Now you know how the two stars met and waited three decades to fall in love. Well, they always say God’s timing is the best!