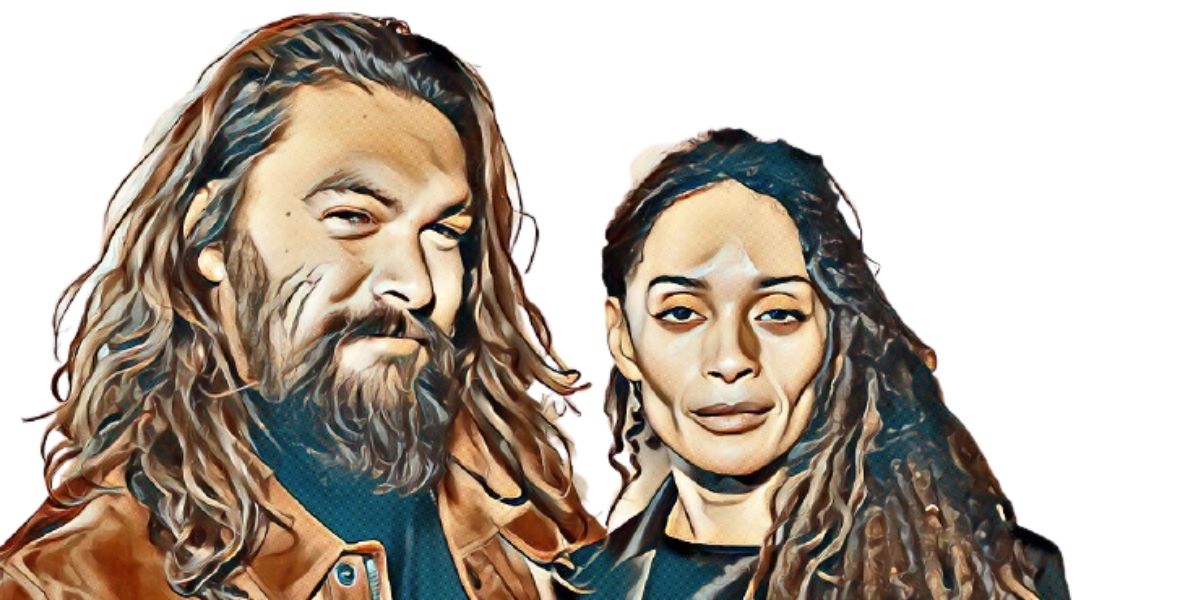 Lisa Bonet and Jason Momoa don’t need any introduction. They have been part of the entertainment industry for decades now.

You might recall Bonet from her role in The Cosby Show as Denise Huxtable. Momoa was in Game of Thrones as Khal Drogo and also plays Aquaman in Zack Snyder’s Justice League.

The pair have also worked on several projects together such as Road to Paloma and The Red Road.

Yet they don’t just enjoy on-screen chemistry; they’ve been in a long-standing relationship since 2005.

They also share two children and a bonded relationship with Lisa’s ex-husband and rockstar Lenny Kravitz and their daughter Zoe.

How Did Lisa Bonet and Jason Momoa Meet

Jason Momoa and Lisa Bonet met in Los Angeles at a jazz club in 2005. Before they met, Momoa admitted that he had a long-standing crush on the High Fidelity star.

In an interview with The Late, Late Show, Momoa revealed that he met the love of his life through mutual friends. He also described their first meeting as a ‘being in the right place at the right time’ moment.

When prodded to reveal further details, the towering actor revealed that he was very conscious of his looks on the day they met to create rapport.

“I actually had dreaded my hair almost for her,” he told The Late, Late Show. “I had huge dreadlocks and she had dreadlocks.”

After meeting his long-time crush, the Aquaman actor said that he felt he had fireworks going off inside him.

Momoa also revealed that he didn’t have a car at the time of their meeting, so he had to request her for a ride home. She obliged.

They stopped at a Coffee Shop in the city and Lisa ordered a beer, to the Game of Thrones star’s surprise.

“She ordered it. I thought: ‘Oh my God, I can’t believe I’m with a woman who ordered a Guinness. I love her,’” Momoa said. “When I got to know her, she was the woman of my dreams.”

According to Bonet, she also had a night to remember.

“I can’t say it was full-on from the moment we saw each other, but we have been together from the day that we met,” she said. “In that moment, love came and it came big, and he did not run as I think a lot of men do.”

Lisa said, “he basically picked me up and threw me over his shoulder, caveman style!”

Bonet and Momoa tied the knot in a small ceremony in October 2017. The ceremony took place at their Los Angeles home.

When the information got out, Jason wasn’t very happy.

“I thought it would have stayed that way, but some *sshole leaked it, and I will find you,” he  revealed during a Justice League press interview.

“You know what, I’ve been married to my wife for 12 years.” For him, their wedding was “just a gathering of our families and celebrating our love.”

The Story Behind Jason Momoa’s “Pride of Gypsies”

What they thought about married life

When queried about their life in marriage on the Justice League red carpet, Bonet and Momoa revealed that their nuptials made the relationship feel different because of the new titles (husband and wife).

“Absolutely. I never thought it would,” Jason revealed. “We have a 10-and-a-half-year-old, 9-year-old, [I] plan on being with her the rest of my life, but it’s just that moment where [you decide] let’s go to the next level. I’ll be here your whole life.”

Similarly, Lisa revealed that calling Jason her husband wasn’t much of a big deal since she’d taken him as such since they met.

The couple welcomed their first born daughter Lola Momoa in June 2007. A year later, they had their son Nakoa Manakauapo Momoa.

The family enjoys an open lifestyle you can easily access on their social media handles. On many occasions, Momoa posts his family engaging in fun activities such as axe throwing, rock climbing, and attending concerts.