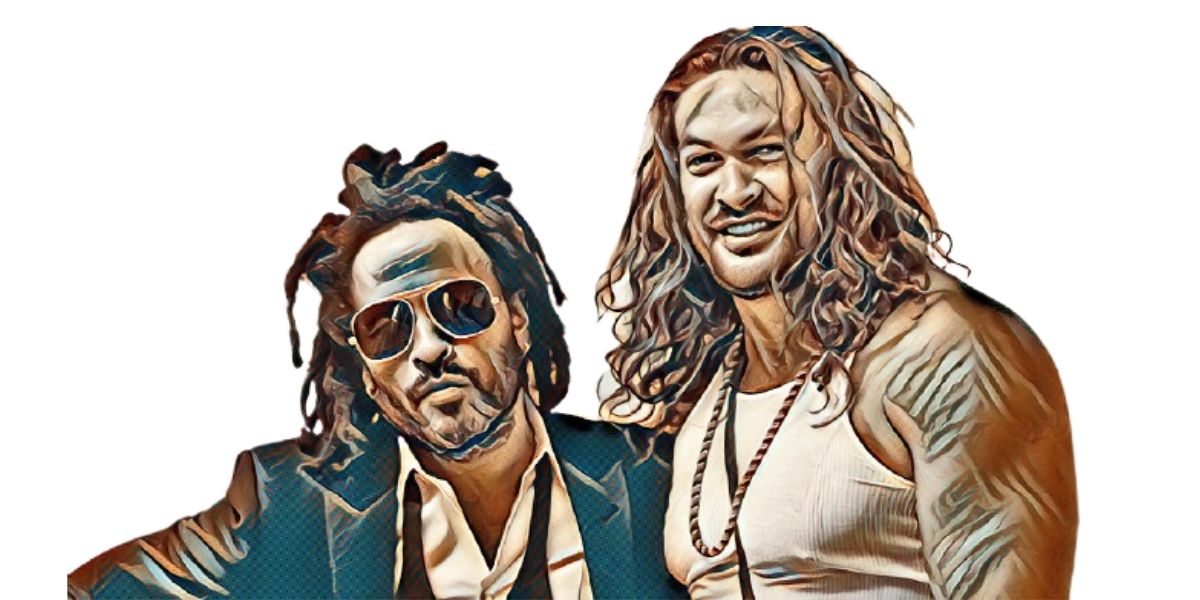 Lenny Kravitz and Jason Momoa have been showing their bromance everywhere despite their past.

They have proven that breakups aren’t a gateway to ill feelings. Before they met, the 56-year-old Lenny was married to Lisa Bonet.

That was back in 1987, and Lisa and Lenny had a daughter, Zoe Kravitz. However, their relationship didn’t last and they divorced in 1993.

Despite their separation, Lenny and Lisa remained good friends, co-parenting Zoe who is now 32-years-old.

Some years later, Lisa met Jason, who always admitted that he had a childhood crush on her.

According to Jason, he met the High Fidelity actress at a Jazz club and they began dating.

Their relationship culminated into marriage in 2017 and the pair share two kids.

Now many people have it hard letting their old flames go but Kravitz admitted that he felt love for Momoa when he married his ex-wife.

Kravitz said, “We just do it because that’s what you do. You let love rule, right?”

But is this true or the musician was just swallowing his pride?

Let’s find out more about Kravitz and Momoa’s relationship below!

The musician began by stating that he and Lisa were “incredibly and deeply in love.” He also admitted that they were in a magical relationship before their marriage hit a snag.

“She really helped to bring out the best in me and inspired me,” he revealed.

Lenny also narrated that he sees his time with his former wife as a gift since she bore him Zoe.

“We had Zoe, which, I see now, is what it was all about. It was really all about bringing this beautiful child into the planet, and also sharing the love that we had,” Lenny said.

Their divorce came in 1993, but the musician insisted that he maintains a great relationship with Lisa.

In the revealing interview, he stated that they are still “best friends.”

Even after Bonet moved on to marry Momoa, Kravitz considered them “one big family.”

Lenny Kravitz and Jason Momoa are great friends. At one point Kravits shared a photo of the Saturday Night Live (SNL) dressing room to show his solidarity with the Game of Thrones actor.

Momoa also shared a photo of himself and Lenny wearing bone skull rings which he’d bought as a gift for his friend.

When he hosted SNL, the Justice League actor revealed that the musician came to 30 Rock for the occasion.

The Fly Away hitmaker said that he and Lisa are like “brother and sister” despite their separation. In an interview with People, he explained, “After Lisa and I separated, we learned to find a new relationship.”

The actor also observed that he considers Jason and himself family.  “I met Jason when they got together and I love him, he loves my kid and I love their kids and we’re all one big family. It’s beautiful,” said Lenny.

Since his separation from Bonet, Kravitz has never remarried. However, he revealed in a recent interview that he might be looking to get back on the horse.

“I’m at a place now where I’ve been through so many relationships, and I haven’t been good at it all the time, at all. I’ve had a lot to learn, but I feel like I’m at a place where I’m really ready for that,” the singer said.

He also added that he believed that things will only come to you when you’re ready.

Many have been wondering how Lenny and Momoa are friends, given the latter married the former’s ex-wife.

Lenny talked about this in an interview with The Times, addressing how difficult it was to become friends after a divorce.

“You go through a marriage with somebody, you break up and it’s very difficult. But [Lisa and I] put the work in and we took the time so that we could become best friends again,” the Fly Away singer said.

He also explained that it took them time and effort to blend their families.

He shares a great relationship with Momoa, who is like a brother to him.

The Kravitz-Momoa-Bonet trilogy proves that time can heal just about everything!